Keanu Reeves and his girlfriend, Alexandra Grant, are as adorable as ever! The cute couple were spotted smooching in Germany over the weekend.

The actor was photographed giving his ladylove a kiss goodbye through the window of her car, outside a hotel in Berlin over the weekend.

Reeves, 56, rocked a pair of denim jeans, a black blazer and brown boots as he shared the cute moment of PDA with Grant, 47, who sat behind the wheel of the sedan.

Reeves is currently in Berlin for the production of the long-awaited fourth installment in The Matrix franchise, which was temporarily halted over coronavirus concerns earlier in the year. 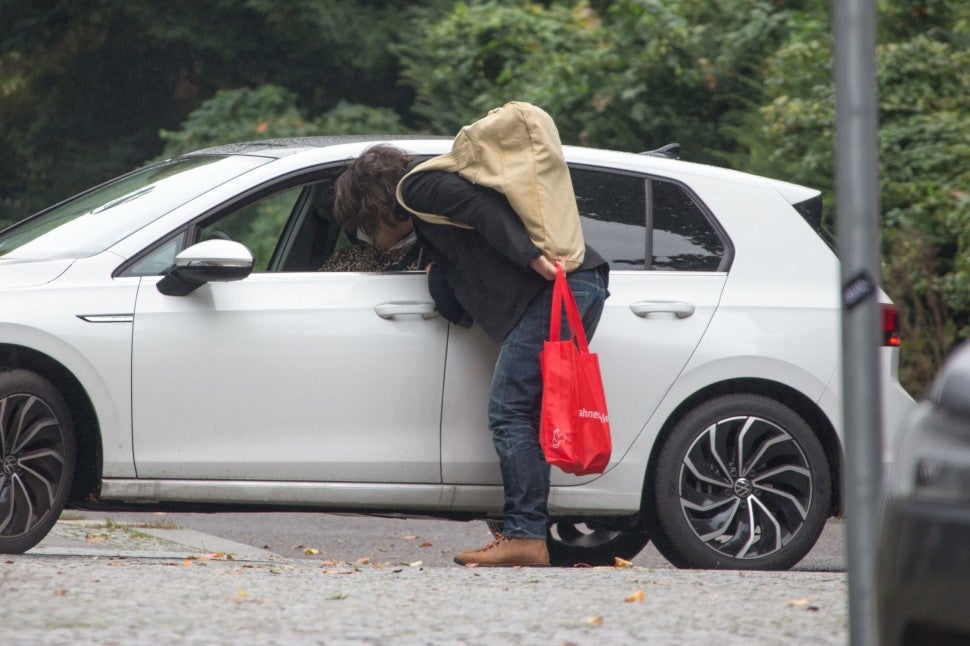 The couple have reportedly been in Berlin together since the start of summer, when filming resumed.

While Grant has made a name for herself in the art world, she also started turning heads in Hollywood after holding hands Reeves in November 2019 when the two made their first public appearance together on the red carpet.

“I think every single person I knew called me in the first week of November, and that’s fascinating,” Grant said in an interview with Vogue UK in May. “But the question I’ve been asking in all of this is: ‘What is the opportunity for good?'”

As for whether Grant — who has been a bridesmaid seven times and officiated one wedding — is thinking of marriage herself, she replied, “Love at every level is deeply important to my identity. How’s that for dodging the question? I do not believe that isolation is the way. There is a period of isolation that I do as a painter, but I deeply value the experience of being in relationships.”

See more on the pair’s adorable romance in the video below.

Kim Kardashian and Kanye West Pack on PDA After Baby No. 4 News: Pics