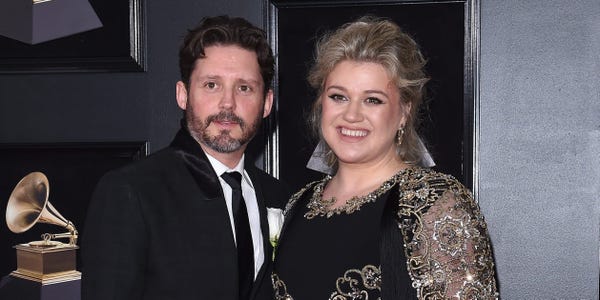 Kelly Clarkson said she won't be sharing many details about her divorce from her husband of almost seven years, Brandon Blackstone, because children are in the picture.

In a September 11 interview with Los Angeles Times reporter Yvonne Villarreal, Clarkson said she's typically "a very open person," but can't be that way as she parts with Blackstone, a country music manager. She filed for divorce in June.

She cited the children she shares with Blackstone, River Rose, 6, and Remington Alexander, 4, and Blackstone's children from a previous relationship, 13-year-old Seth and 18-year-old Savannah, as her reason for keeping things more private than usual.

"But my children and his older children — there are a lot of little hearts involved in this and while people feel, 'Oh my gosh, what a loss …' imagine how it is in the epicenter of the storm," Clarkson told Villarreal. "It's a lot to process and deal with, just as a family. So because it's not just me, I probably won't go too deep with it."

Clarkson said she anticipates guests on her talk show "The Kelly Clarkson Show" will bring up her split, but plans to keep more intimate details to herself, she said.

But writing about the divorce in her music isn't off-limits, and she told Villarreal she's been creating lots of new lyrics for an upcoming album during the pandemic.

"It's funny, I actually told my therapist recently, 'I have no idea how one goes through any kind of huge life change, like a divorce, that doesn't have some kind of an outlet,'" Clarkson said of using music to cope with the divorce.

"Even from my childhood, my mom told me I had a problem expressing my emotions and all these things when I was really young and that I should start writing," Clarkson said. "So that's me expressing it. I usually leave it in the songs and that's usually my therapy."

These stars got tested for coronavirus, and we tried to find out how