Kelly Ripa got emotional when speaking about the ‘brutally painful’ experience of dropping her youngest child off at the University of Michigan.

Kelly Ripa, 50, is feeling all the emotions now that she and husband Mark Consuelos, 50, are officially “empty nesters.” The famous couple closed out their summer by taking their son Joaquin Consuelos, 18, to the University of Michigan for the start of his first semester of freshman year, and Kelly reflected on that emotional experience during Tuesday’s episode of her talk show, Live with Kelly and Ryan. “We took our youngest child to college, we dropped him off. It was hard,” she told co-host Ryan Seacrest. “It was really hard.”

A post shared by LIVE with Kelly and Ryan (@livekellyandryan)

Kelly, who also shares son Michael, 24, and daughter Lola, 20, called leaving Joaquin in Michigan “brutally painful,” and detailed the moment she and Mark bid their youngest child farewell. “I gave him a hug and I said, ‘I did not realize that 18 years would go so fast.’ And he didn’t say anything. He was just giving me a hug. He turned to walk away and I said, ‘Wait, Joaquin, one more!’ And he kept walking,” Kelly said as she began to get choked up. “And I knew that it was happening to him too, the emotion,” the mother of three added.

“It’s one of those things where, you can never be ready,” Kelly said of sending Joaquin off to college. The talk show host also noted how this experience was much different than the first two times, given Michael and Lola both attended schools in New York. “But it’s funny, it seemed like it would be forever from the time Michael left to Joaquin,” she shared. 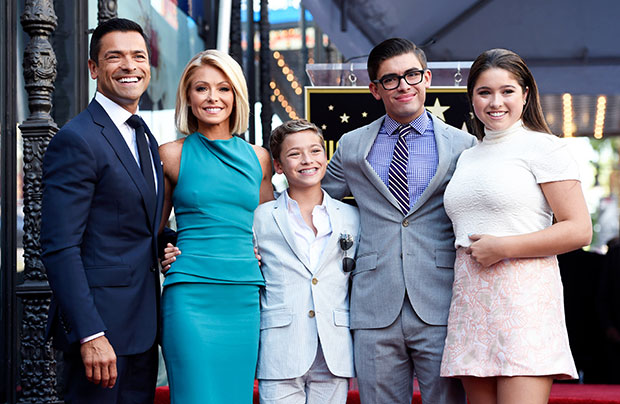 However, Joaquin’s departure does have some silver linings. “The world is our oyster,” Kelly said on her talk show of she and Mark, who have enjoyed romantic beach trips together with their dogs since getting the house to themselves. The couple also got cozy in comfortable attire while hanging out on the couch without any of their kids for a snapshot Kelly shared on Aug. 29, which she aptly captioned, “So far we are crushing this empty nest thing.”