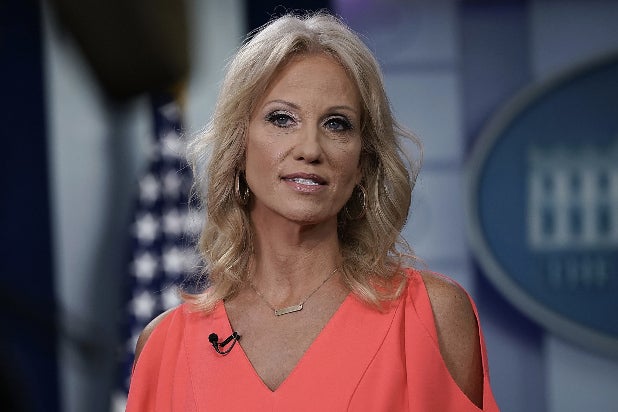 File under Tweets With a Bad Shelf-Life: Kellyanne Conway’s 2016 tweet hyping President Donald Trump’s 306-vote electoral college victory as a “landslide” has come back to haunt her now that CNN has projected president-elect Joe Biden has defeated Trump with, yes, 306 electoral votes.

“306. Landslide. Blowout. Historic,” wrote Conway, who was Trump’s campaign adviser when he won. She was quoting a tweet from CNN Politics, which announced the final electoral college tally at the end of November 2016.

CNN announced Friday that the final tally of electoral votes for the 2020 election is Biden: 306, Trump, 232, with Biden flipping five states that Trump won in 2016 (Pennsylvania, Michigan, Wisconsin, Georgia and Arizona.) President Trump and his allies touted the 306 figure heavily after his 2016 win.

Pepper’s remark tosses salt on the GOP wound, in that Trump not only lost the electoral college to Biden, he also lost the popular vote by more than 5 million. In 2016, Clinton had 2.5 million more popular votes than Trump. Author Cliff Schecter used that fact as a chance to bring up one of Conway’s old gaffes, calling the Biden win “Bowling-Green-Massacre-level historic.”

Trump frequently referenced his electoral college victory through his four-year presidency, which ends on January 20 when the president-elect is sworn in. In 2018, Trump tweeted, “The Dems have tried every trick in the playbook-call me everything under the sun. But if I’m all of those terrible things, how come I beat them so badly, 306-223? Maybe they’re just not very good! The fact is they are going CRAZY only because they know they can’t beat me in 2020!”

Here are a few other reactions to Conway’s “historic” tweet: