Kim Kardashian West tried to break the Internet again on Friday as she recruited her little sisters Kendall Jenner and Kylie Jenner to take part in a special Valentine’s Day SKIMS photoshoot.

Supermodel Kendall in particular stole the spotlight by posing in a tiny red bikini and high heels (above, left).

Photo: Was Kourtney Kardashian Actually In This Photo Or Not?

The finished product was even glossier-looking, though that probably makes it less impressive than a simple mirror selfie…

Now, however, the photos have gone from impressive to impossible in some online critics’ estimation.

An Instagram account called Problematic Fame posted a mini essay about the pic on Monday, referring to the incident as “THE KENDALL JENNER CONTROVERSY” and calling the pic “very photoshopped.” The account declared:

“Kendall is obviously very gorgeous but these are not her real body proportions nor are they anybody’s. Please don’t compare yourself to heavily edited images. Even Kendall doesn’t look like this irl.”

Further the poster suggests Kendall’s skin is too perfect to be real, writing:

“The smoothing around the bikini line is ridiculous. Nobody looks like that. Gals have lines, razor bumps, discoloration, etc. Nobody is completely smooth down there.”

In a series of assessments, they claim Kendall’s “arm and bra strap” can be seen “glitching” and that “her belly button changes shape” in behind-the-scenes video of the shoot.

A post shared by not affiliated w any celeb (@problematicfame)

Y’all. We are always the first to agree when we think something hinky is going on with social media pics. Photoshopping your pics, especially when you’re denying it, can be so problematic in giving fans (especially young fans) unrealistic expectations of their own bodies.

But we have to say, we are just not seeing what they’re seeing here! We saw the pics on Friday when they first dropped and didn’t see any signs of photoshop then. Even with it pointed out as they’re doing here, we aren’t seeing the distortion they’re claiming: 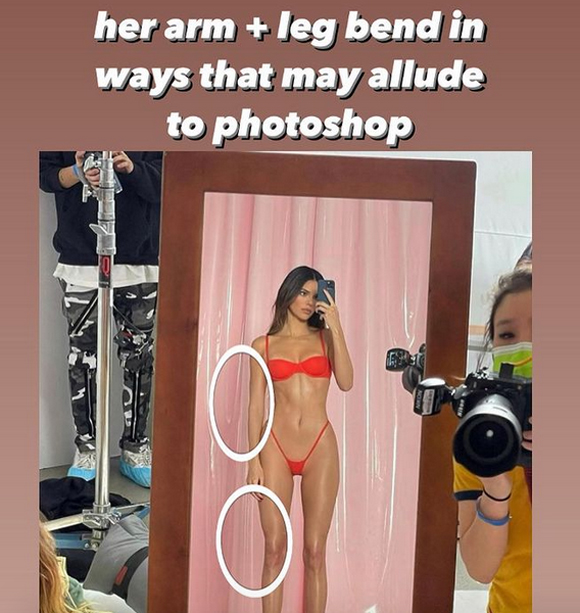 As for the lack of razor bumps, it’s rather likely gurl waxes and has been doing so for some time. Or she could have gone the laser route. And it’s not unheard of for underwear models to have makeup everywhere.

Even the account admits the so-called video doctoring “may also just be posing and lighting.”

We do 100% agree Kendall’s proportions are unreal. You know who else does? Khloé Kardashian, who commented on her kid sister’s pic:

“I just don’t even understand… How are you a living human? You’re soooooooo stunning I can’t take it.”

And even at the time, Kim — who posted lots of behind-the-scenes video during Kendall’s solo shoot (IG Story footage which would be CRAZY to doctor btw) — joked that it was probably a bad idea to share the stage with her “perfect” sis! 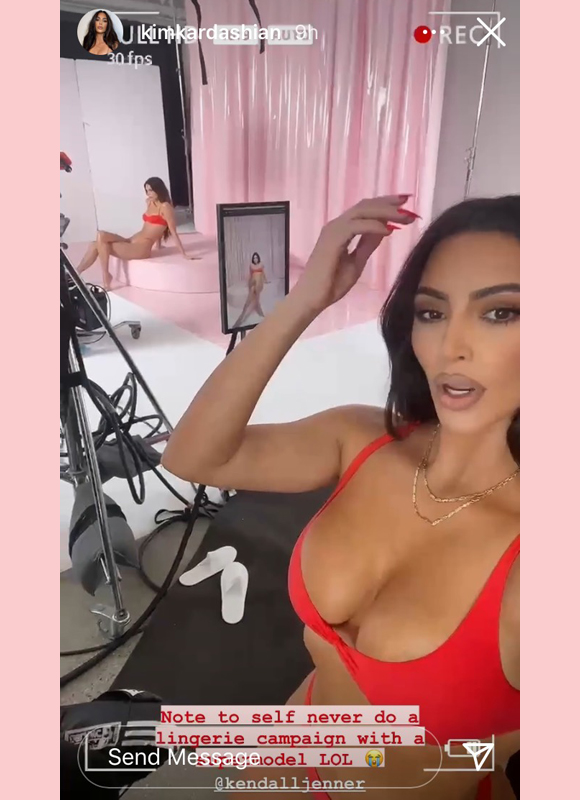 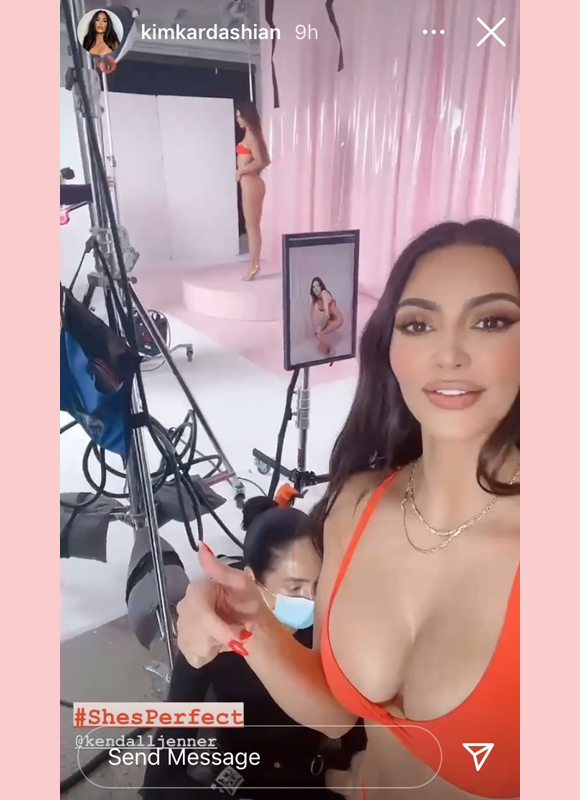 What do YOU think out there? Did Kendall really photoshop her pic? Was the video doctored to make her look thinner? Or is this just a case of someone looking like such a Barbie doll ideal that it doesn’t seem real??

Let us know what y’all think in the comments (below)!