Hard to believe that it’s been whole calendar year since Kendall Jenner and Devin Booker gave us some concrete evidence about a possible relationship with that road trip to Arizona last year, but here we are folks! Kendall and Devin have reportedly been dating ever since, and quite honestly? Things between them are great, according to reports which say that Kendall is a very happy camper at the moment.

Even though Kendall and Devin waited until Valentine’s Day this year to confirm their relationship, they’ve actually been happily dating for a whole year now. “This is the happiest Kendall has ever been in a relationship,” a source told People. “She and Devin started out slowly, but have dated for about a year now.” Kendall “is very private about their relationship, [it’s] obvious that they have something special going on,” the source added. Love to hear it! 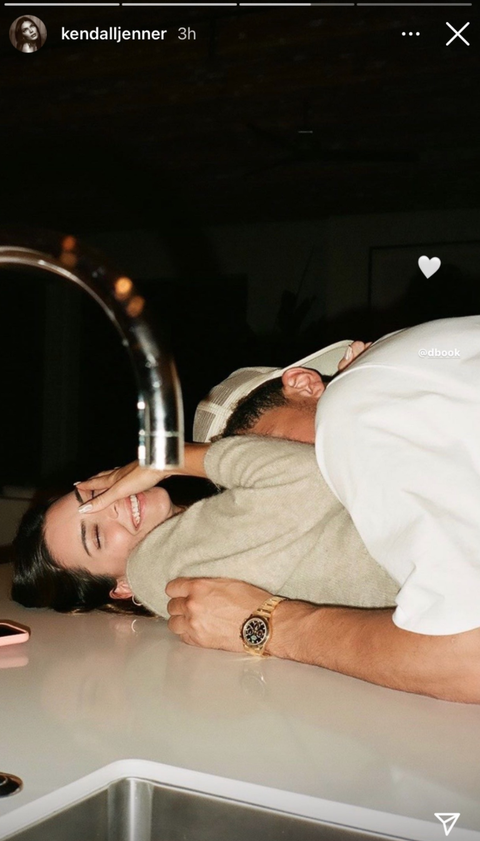 An E! source had some very similar things to say about how Kendall is feeling about Devin at the moment. “This is the happiest Kendall has been in a relationship,” their insider shared. “It’s getting more and more serious and she is very happy.” Apparently, Kendall also really enjoys that “Devin is quiet and not interested in being in the spotlight or a celebrity. She really appreciates that about him and is attracted to that. They are really similar and love just being low-key and staying in and laughing together.”

So if you’re expecting to see any drama between Kendall and Devin…don’t hold your breath. E!‘s source added that “they are a solid couple with no drama. It’s been all positive and Kendall loves being with him.” And that’s that on that!

You love all the deets on celeb relationships. So do we! Let’s overanalyze them together.

‘Double Trouble’ Is the Song of the Summer