Kid Rock was filmed going off on a rant about fans recording his recent performance at FishLipz Bar & Grill with their phones on Saturday night.

Kid Rock, 50, made it loud and clear that he didn’t appreciate attendees using their iPhones to record his time on stage at a Tennessee bar on the night of June 5. The rapper was filmed while going off on a rant that included a homophobic slur on stage and it proved he’s still not afraid to speak his mind even when he’s in the spotlight. “F**k your iPhone, yeah! You f*cking f*****s with your iPhones out!” he shouted into the microphone while at Smithville’s FishLipz Bar & Grill. Check out the video HERE.

He also appeared to flip off the camera that captured the moment in the wild clip before pointing at his crouch and suggesting those filming with their phones “post this d**k right now.” TMZ says he made the comments after security at the bar was going around and asking people to not use their phones during his set. 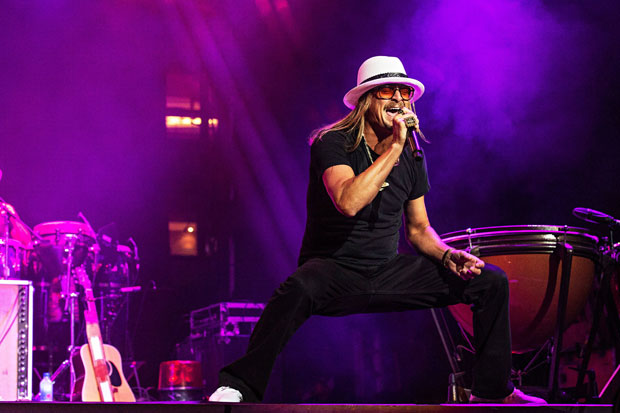 Kid’s latest rant isn’t the first one he’s made headlines for. The “Cowboy” crooner was filmed lashing out and cursing about Oprah Winfrey and other women celebs at his Nashville bar Big Honky Tonk & Rock n’ Roll Steakhouse back in Nov. 2019.  “I’m just an honest guy who says, ‘Hey, I don’t like Oprah Winfrey or Joy Behar‘,” he said at the beginning of the clip, which was shared by a fan.

“F*** Oprah Winfrey. F*** Kathy [Lee] Gifford. I’m not the bad guy.” he continued after going on to say people called him “f***ing racist.” After the rant, he stumbled off stage, leaving a lasting impression on all those in attendance. 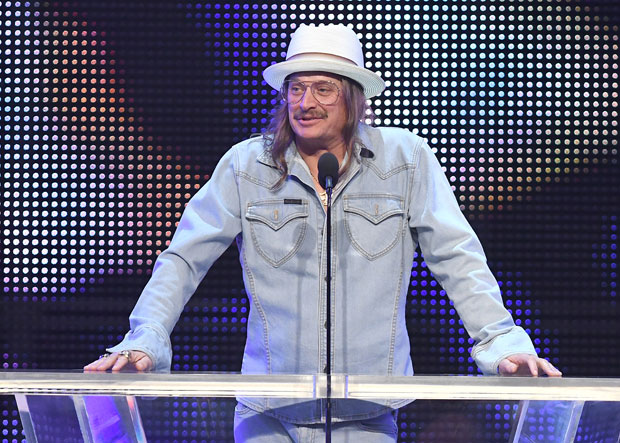 Before that, Kid also called Joy a “b*tch” during an appearance on FOX News in 2018. After the bold outburst, he was replaced as Grand Marshal of the Nashville Christmas Parade and caused many social media users to talk about the incident. Despite the controversy, Kid, who has publicly supported Donald Trump in the past, seemed to be trying to make a point about everybody getting along no matter their political beliefs.

“We can disagree and still be cordial with one another and just talk about things without going for each other’s throats, and protesting things and everything, and God forbid you say something a little bit wrong, you’re racist, homophobic, Islamophobic, this, that and the other. People need to calm down, get a little less politically correct,” he explained on FOX News. “And I would say, love everybody… except I’d say screw that Joy Behar bitch. Everybody but that.”