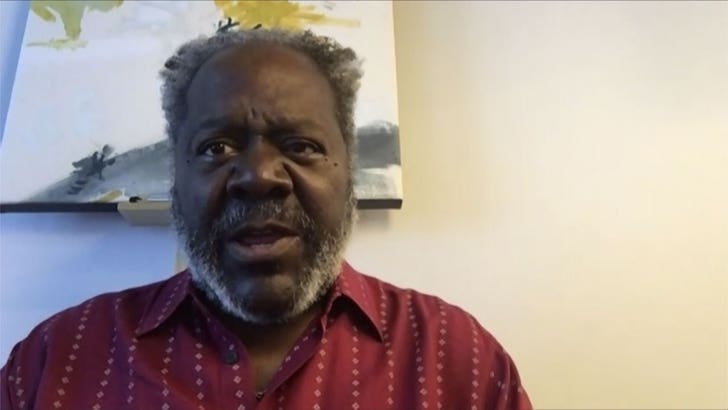 “The Killing of Kenneth Chamberlain” star Frankie Faison says he hopes the new Morgan Freeman-produced film brings justice to the family and sheds light on what really happened.

Frankie joined “TMZ Live” on Thursday and explained the film’s purpose is to highlight the horrific 2011 police shooting of Kenneth — a U.S. Marine, whose family is still fighting for a sliver of justice in the case … after the cops involved were acquitted.

Frankie, who plays the title character, says bringing accountability and opening eyes to those who don’t know the complete story is the goal here … and perhaps a lesson on how to avoid such a tragic thing from happening again.

If you don’t know … Kenneth, a 68-year-old Black Marine veteran who suffered from bipolar disorder, accidentally set off his medical device alarm necklace in his White Plains, NY home in the early hours of November 19, 2011.

Cops ultimately rushed to his home, but a confrontation ensued … culminating with cops tasing Kenneth before fatally shooting him. At the time, cops initially said Kenneth came at them with a butcher knife … but an autopsy report later concluded Kenneth’s arms were at his side when he was shot.

Soon after, a grand jury decided the cops wouldn’t face criminal charges … and in 2016, the family lost a $21 million wrongful death lawsuit.

Frankie, best known for his role as the deputy commissioner in “The Wire,” also told us how Morgan Freeman feels about the critically acclaimed film and what he hopes it accomplishes.