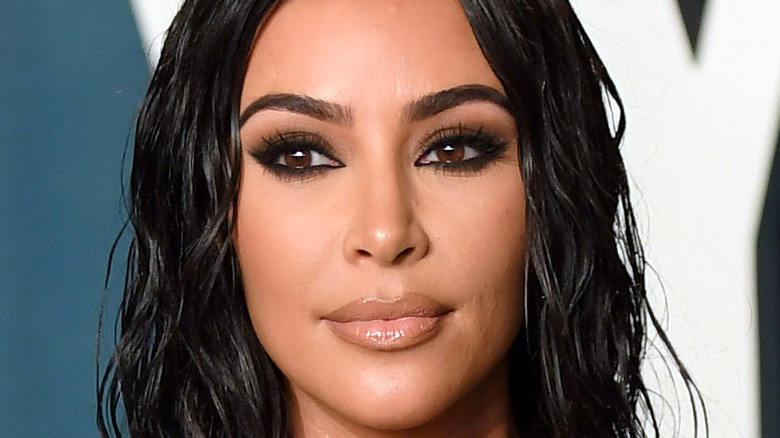 Kim Kardashian knows what it’s like to deal with trauma. The “Keeping Up With The Kardashians” star previously endured a very scary moment when she was in Paris with her older sister Kourtney in 2016 (via Entertainment Tonight). While alone in her hotel room Kim was attacked by an intruder who tied her up, put duct tape over her face, and held her at gunpoint. The KKW Beauty founder later admitted that she believed that she was going to die in that moment, which had her living in fear long after the incident.

“I didn’t even want to go to a restaurant because I thought, ‘Someone will know I’m at this restaurant. They’ll take a picture. They’ll send it. They’ll know my house is open. They’ll know that my kids are there,'” Kardashian admitted during an interview with David Letterman in 2020. “I was just really scared of everything. I can’t sleep at night unless there are a half a dozen security guards at my house and that has become my reality, and that’s OK.” Now, a new clip from “KUWTK” reveals that Kardashian’s old issues resurfaced during the 2020 COVID-19 lockdown. 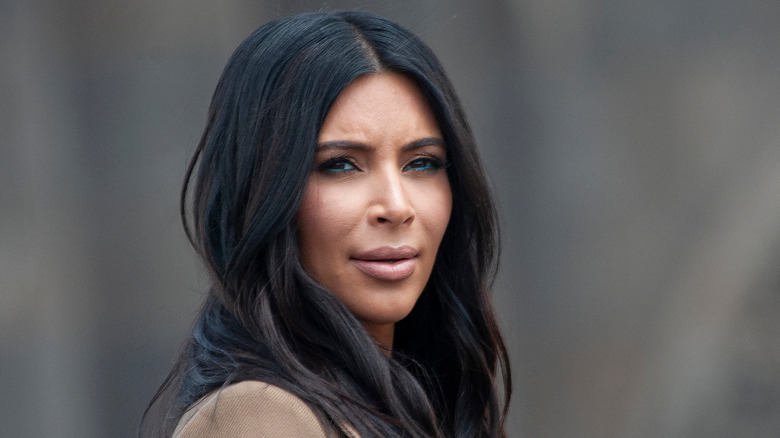 According to Page Six, a newly released bonus clip from “Keeping Up With The Kardashians” was released this week. In the clip, Kim Kardashian is seen telling her younger sister Khloé that the issues she experienced following the Paris robbery began to resurface during the height of the COVID-19 pandemic. “We had just gone to Paris. We had just started traveling, and then quarantine happened. Now I’m, like, such a freak all over again and never want to, like, leave [home],” Kardashian stated in the clip. “I feel like I had agoraphobia, definitely, after my robbery in Paris. Like, definitely would stay in, hated to go out, I didn’t want anyone to know where I was or be seen. I just had such anxiety,” the reality star admitted.

In addition, Kardashian also opened up about how she struggled when she finally started going out again post-quarantine. “I was so freaked out. People were trying to come up to Kanye and, like, talk to him and, like, come up to me and ask for photos. I was just, like, absolutely not. I would stop people, like, ‘Get away. This is my first time out, I’m not comfortable with you coming a step closer.’ … I don’t get even remotely, unless [fans] have a selfie stick and want to do it six feet away. That was, like, high anxiety on another level,” the Skims founder confessed. Meanwhile, Kardashian’s comments are highly relatable to many fans, who are still dealing with anxiety surrounding the pandemic.

If you or someone you know is struggling with mental health, please contact the Crisis Text Line by texting HOME to 741741, call the National Alliance on Mental Illness helpline at 1-800-950-NAMI (6264), or visit the National Institute of Mental Health website.

Amandla Stenberg: I’ve Felt ‘Unafraid to Explore My Truth’ Since Coming Out