Lori Loughlin was spotted carrying bags while volunteering with Project Angel Food on Mar. 2 in her first public outing since she finished her prison sentence for the college admissions scandal.

Lori Loughlin, 56, was doing a good deed in her first public outing since her prison release. The Full House star, who finished her two-month prison sentence for the college admissions scandal in Dec., was seen carrying bags of groceries while volunteering with Project Angel Food in Los Angeles, CA on Mar. 2. The organization prepares and delivers food to those impacted by life-threatening illnesses and Lori looked like she had a busy afternoon while helping them out. Check out the pics of Lori HERE.

She wore a long-sleeved blue sweater that had “CALIFORNIA” printed in red letters across the front and blue jeans during the outing. She also wore blue and white sneakers and had a Project Angel Food blue baseball cap and face mask on. She topped the look off with sunglasses and a white necklace as her hair was pulled back under the cap. 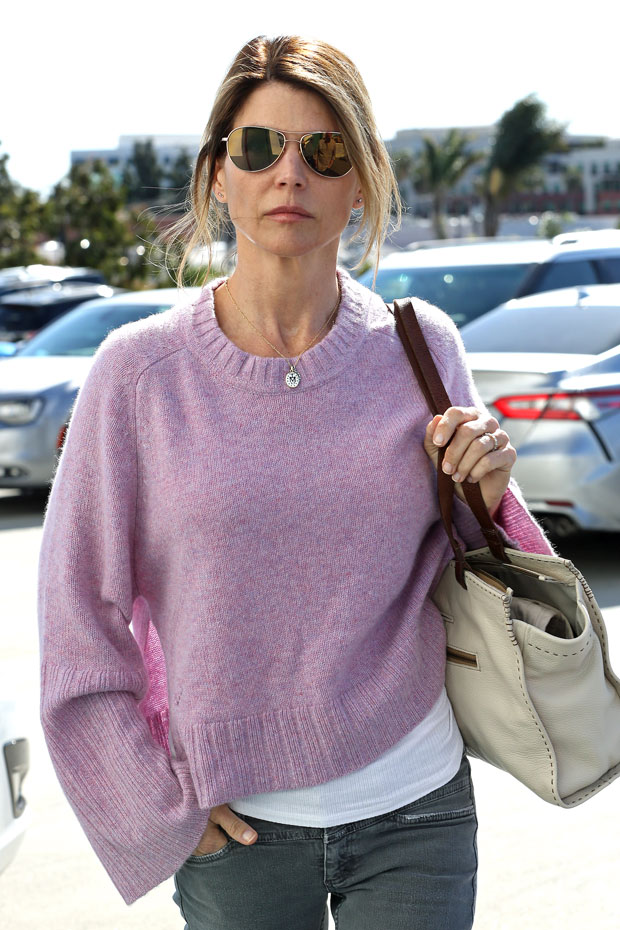 Lori was holding the brown paper bags and transporting several of them into the back of a vehicle while volunteering. She was also seen delivering them to people, some of whom smiled while greeting her, and appeared to be relaxed while taking part in the selfless work.

Lori’s latest volunteer work is most likely part of the 100 hours of community service she is required to do because of her involvement in the college admissions scandal. In May, she and her husband Mossimo Giannulli, 57, both pleaded guilty to paying $500,000 in bribes to get their daughters Olivia Jade, 21, and Isabella Rose, 22, admitted to USC as crew team recruits, even though neither ever played the sport, and were sentenced shortly after. In addition to her community service, Lori agreed to go to prison for two months and pay a $150,000 fine while Mossimo, who is still in prison, agreed to serve five months, complete 200 hours of community service, and pay a $250,000 fine. 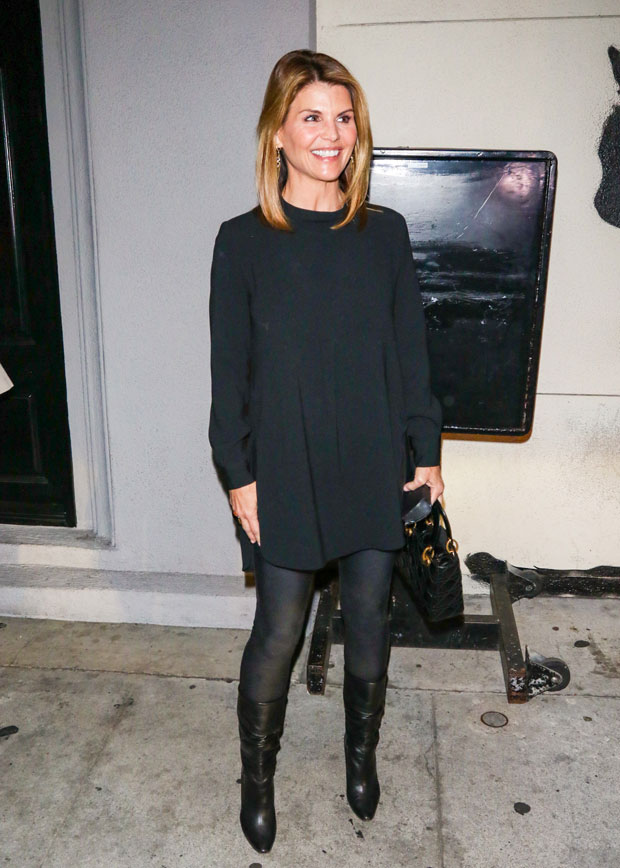 Lori’s release from prison must be a relief since a source previously told us she was “scared” when she first started her two months behind bars. “Of course Lori is scared to be in prison but she can’t wait to get this over with,” the source EXCLUSIVELY told HollywoodLife. “She hasn’t been thinking about anything but putting this behind her as quickly as possible and moving forward with her life. This has been a nightmare that she never thought would happen.”

Lori’s first public outing since her prison release comes just a couple of weeks before Netflix’s documentary about the college admissions scandal, Operation Varsity Blues: The College Admissions Scandal, is released. The doc is expected to show an investigation into the scandal and the “mastermind” behind it through reenactments. It will premiere on Mar. 17.

Who Was Andrew Cuomo Married to Before Dating Sandra Lee?