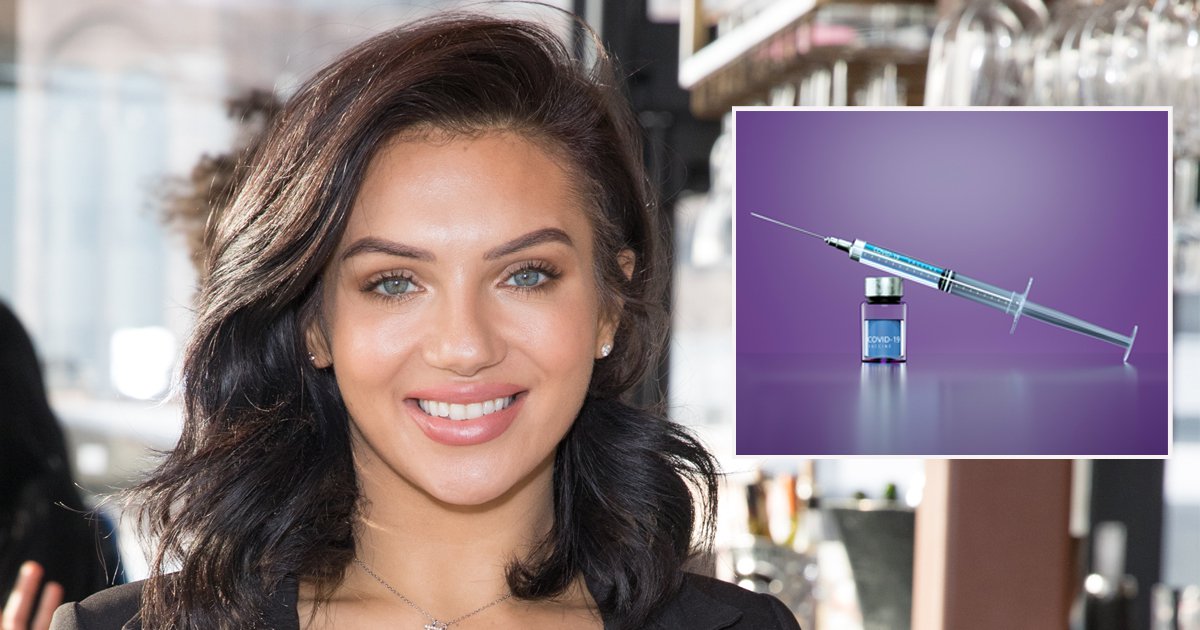 The star, who appeared on the 2018 series of the dating show, claimed that the vaccine is still in the ‘experimental stages’ and she doesn’t know what the ‘after-effects’ would be.

Vaccines produced by Pfizer, Moderna and AstraZeneca have all been fully approved for use in the UK.

Health experts and scientists have also confirmed that the vaccines went through rigorous testing and health checks to ensure they are safe.

Alexandra wrote on her Instagram Stories: ‘Had some questions regarding the injection so thought I’d share my perspective.

‘I personally will not be getting it as it is still very much in the experimental stage & I have no idea of the after effects. I am a sovereign being who has the basic right of deciding what is best for my body (As are you).

‘I choose to not inject something that I have not much information of, nor do I wish to follow suit just because others are. Follow your intuition. Do what’s right for you & Be mindful that the mass media is just one narrative.’

The 27-year-old went on to say that she wants to remind everyone that they have a choice.

She also claimed that it is not known what impact the vaccine could have on fertility.

There’s currently no evidence to suggest that Covid-19 vaccines could affect male or female fertility.

The Royal College of Midwives and Royal College of Gynaecologists has said: ‘There is​ ​no biologically plausible mechanism by which current vaccines would cause any impact on women’s fertility. Evidence has not been presented that women who have been vaccinated have gone on to have fertility problems.’

Alexandra’s claims have been refuted by various scientists.

Professor Stephan Lewandowsky, Chair in Cognitive Psychology at the University of Bristol told i: ‘Celebrities are entitled to their opinions, but they must also exercise that entitlement responsibly.

‘In this case, the claims are irresponsible because they are false and misleading. To date, more than 2,000,000,000 doses of vaccines have been administered globally after being thoroughly tested.’

In the UK, more than 39million people have been given at least the first dose of their vaccine.

The NHS has encouraged everyone to come forward for their jab when invited, with people in their 30s currently being vaccinated.

Alexandra appeared on series four of Love Island, coupling up with Dr Alex George while on the show. However, the pair ended their brief romance in July of the same year.

Metro.co.uk has contacted reps for Alexandra Cane for comment.