Maisie Smith and her pro partner Gorka Marquez found themselves in the Strictly Come Dancing dance-off on Saturday night, up against latest evictees Max George and Dianne Buswell. With many fans wondering how the 19-year-old didn’t secure the votes to save her from the bottom two, Kevin Clifton jumped to her defence after revealing some members of public believed she was too “cocky”.

Live tweeting throughout the show, Kevin was shocked when Maisie and Gorka were called into the dance-off.

“Maisie in the dance off,” he updated his followers alongside a surprised face.

A fan replied: “I don’t understand why every year the public are bitchy. And say they don’t like someone as a person.

“It isn’t a personality contest. It is a dancing contest. I for one love #Strictly. Nerves etc can make people come across as awkward.” 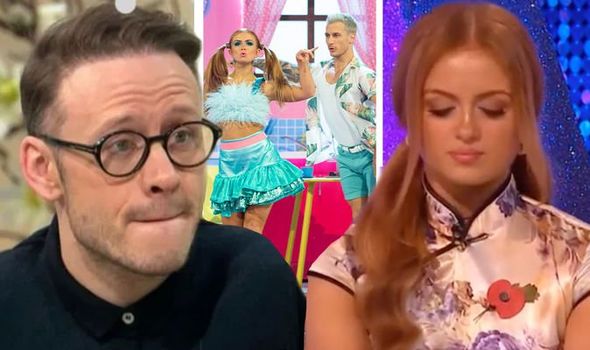 Kevin pointed out that female contestants usually get most of the negative attention.

“It’s usually a female who the audience PERCEIVE to be confident and will get unfairly labelled cocky or arrogant,” he responded.

“Cos a lot of people don’t like confident females apparently.”

A second viewer agreed with him: “This is what I said… if it was a guy IMO he would be praised for committing and showing confidence in his dancing.” 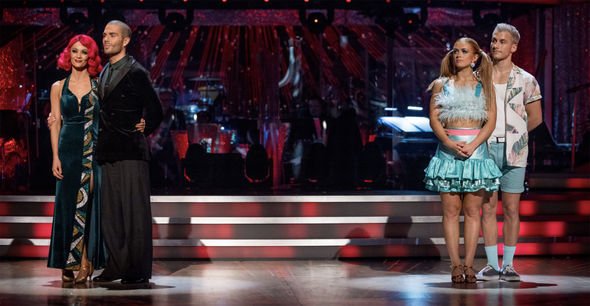 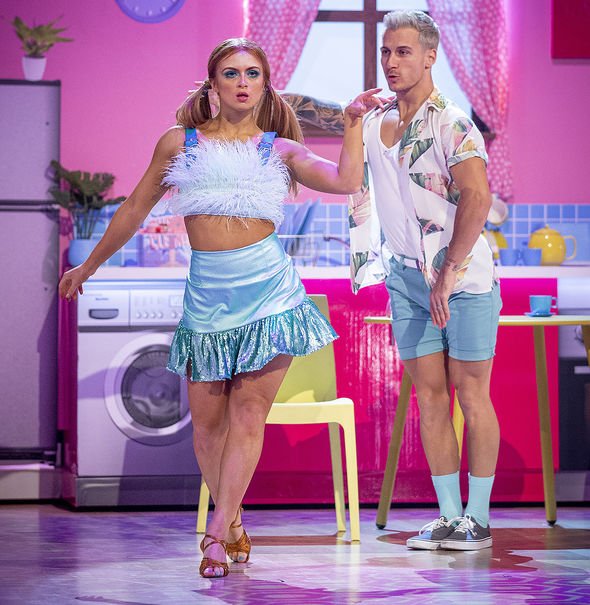 Maisie and Gorka danced the Cha Cha which saw them land a place in the dreaded dance-off and this week they’ll be taking on the Salsa.

The duo had been awarded a respectable 24 points for their routine, which It Takes Two host Zoe Ball reminded viewers was the highest-scoring Cha Cha of the series so far.

Speaking on Tuesday’s edition of the sister show, Gorka revealed that it is a “very tricky dance”, particularly for female contestants.

“But the Cha Cha, it’s a very tricky dance, especially for the females with the heels, you know?”

Gorka added: “In the Samba, you can do shimmies or in the Jive, you can do lots of kicks and flicks – you can get away with it.

“In the Cha Cha, there’s a lot of straight legs but you have to bend them and keep those legs sharp but then, you have to move the body!”

He reminded Zoe: “There’s a lot of things going on in there! And there are only four days [to prepare].”

Despite their dip over the weekend, Maisie was upbeat and positive about their upcoming Salsa.

She said: “I still don’t know it at all! The eight counts I do know, I’m enjoying it, I feel like I’m less stressed than last week.

“Because not that there’s less technique involved but I can enjoy this one because it is just a party dance!”

Strictly Come Dancing continues on Saturday at 7:25pm on BBC One.

These 4 Dutch Ovens Are All on Sale & Won’t Break the Bank!