In a new interview, Megan Fox opened up about the misogyny she’s faced for going out without her children and dating Machine Gun Kelly, who is 4 years her junior.

Megan Fox, 35, is calling out her haters. In a wide-ranging interview with InStyle published on July 7, the Transformers actress spoke in length about getting criticized for being spotted in public with boyfriend Machine Gun Kelly, 31, without her three kids: Noah Shannon Green, 8, Bodhi Ransom Green, 7, and Journey River Green, 4, whom she shares with ex Brian Austin Green. “There’s so much judgment,” Fox said, adding to the publication that when she’s seen out with her musician beau, she’ll often be asked by others, “Where are your kids?” 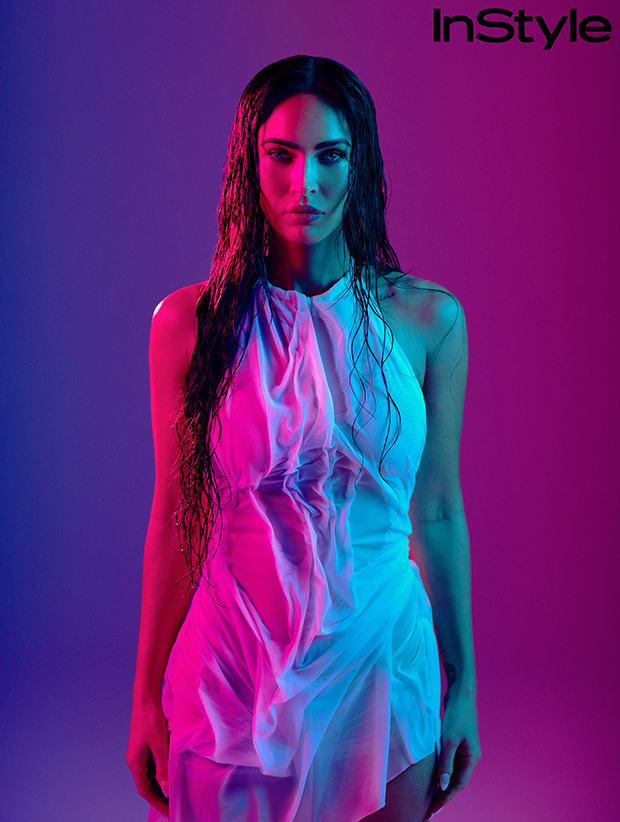 “Do you ask their dad when he’s out?” Megan said rhetorically. “No, because you don’t expect a dad to be with the kids all the time, but I’m supposed to not be seen and be at home with my kids.” Since their split, Megan and Brian, 47, have co-parented their sons while pursuing new relationships: Megan is inseparable from MGK (real name Colson Baker), whom she met on the set of the 2021 film Midnight in the Switchgrass, while Brian is dating Dancing with the Stars pro Sharna Burgess. “They have another parent,” Megan added of her kids. “I have to leave and sometimes I don’t want them photographed and they don’t come with me. This whole year I’ve been very surprised by how archaic some of the mindsets still are in some people.”

Megan’s relationship with MGK has also been the subject of criticism due to the stars’ 4-year age difference. And Megan thinks that’s just another example of the misogyny she’s faced. “The fact that he’s four years younger than me, and people want to act like I’m dating a younger man. He’s 31, and I’m 35,” she told InStyle. “Granted, he’s lived like he’s 19 his whole life, but he isn’t 19. No one would blink twice if George Clooney was dating someone four years younger. Four years? Go f**k yourself. We would have been in high school together. That’s so ridiculous that women are treated that way.” 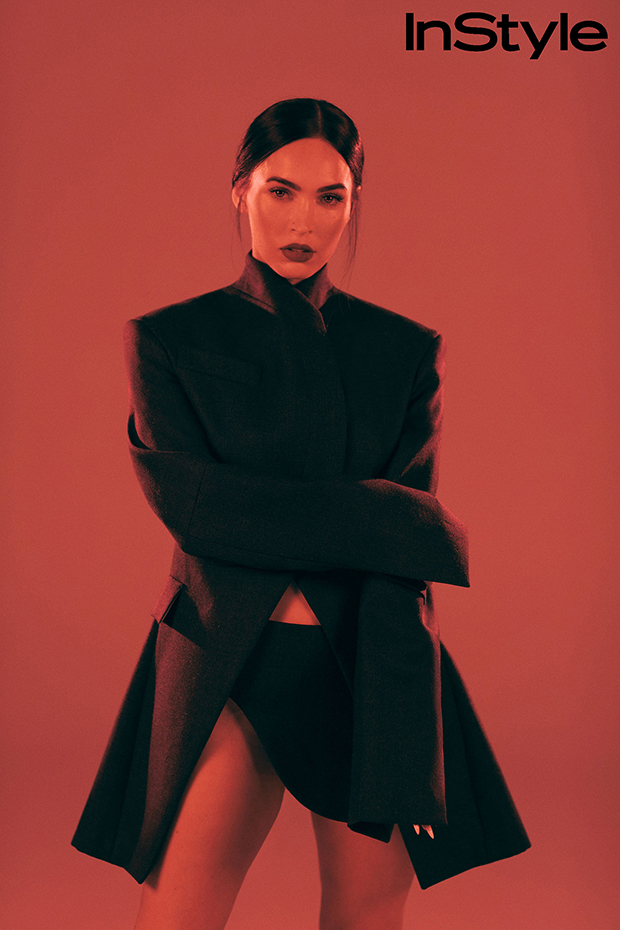 MGK was also interviewed by InStyle and, to no one’s surprise, gushed over the Jennifer’s Body actress. “She is unlike any person I have ever met in my life,” the singer said about Megan. “I just want people to understand this is real. I don’t think people get the opportunity to believe in real, great love, and that’s what we have together,” he added. 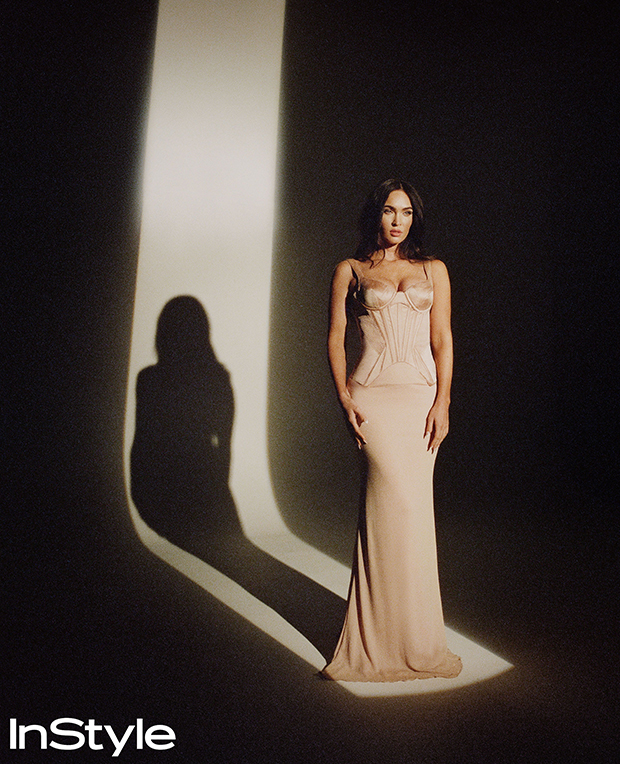 Megan and MGK were first linked in early 2020, after meeting on set of their mystery crime film. The actress even starred in the musician’s music video for “Bloody Valentine” in May of last year. At the time, Megan was still married to Brian, but after photos had surfaced of Megan and MGK, the Beverly Hills, 90210 star confirmed that the two actually split at the end of 2019 after 10 years of marriage together. (Megan officially filed for divorce in November 2020.)

But all seems well between Megan and Brian. In fact, Megan seemed to show support for Brian’s new romance with Sharna, 36, in a July 6 Instagram comment. After Brian shared a sweet pic of he and Sharna kissing at Walt Disney World Animal Kingdom, Megan responded on the post with, “Grateful for Sharna” along with a purple heart emoji. While Megan later deleted the comment, she was applauded by people for showing “class” and supporting Brian and Sharna’s romance.