Melania was ‘not comfortable’ holding a large gathering at the White House during the COVID-19 pandemic, even after Chief of Staff Mark Meadows asked for her permission multiple times.

Former First Lady Melania Trump, 51, tried to exercise some common sense by avoiding parties during the COVID-19 pandemic. While then-President Donald Trump, 75, held gatherings at the White House during the pandemic, Melania allegedly would’ve been happy to forgo any parties. Even on election night, she refused to spend the night at the White House’s watch party that she’d tried to stop, according to Wall Street Journalist reporter Michael C. Bender’s new book Frankly, We Did Win This Election: The Inside Story of How Trump Lost, which was released on Tuesday, July 13.

Since White House parties are traditionally the first lady’s responsibility, then White House Chief of Staff Mark Meadows asked Melania if he could hold the election night party in the presidential building three times, because local restrictions prevented a gathering at the Trump International Hotel in Washington D.C. Bender wrote that Melania wouldn’t have held any events at the White House during the pandemic “if it was up to her.” Nine days before the election, Melania allegedly told Meadows she was “not comfortable” with it, and other White House officials like Chief Usher Tim Harleth and her Chief of Staff Stephanie Grisham. The book says that she only relented when Donald asked in a call from Air Force One four days before the election. “This is your night — do what you’re going to do,” she allegedly said. “You’re going to do it anyway.” 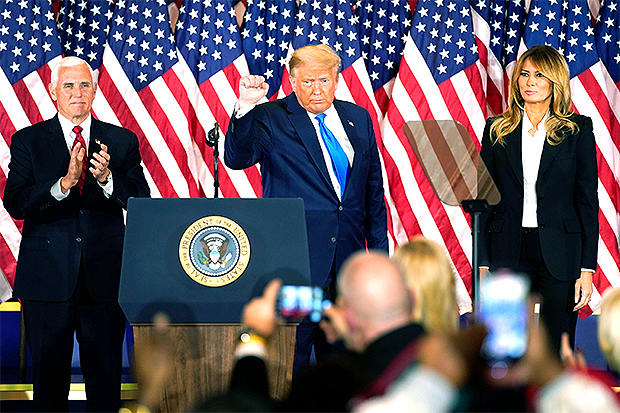 Besides COVID precautions, it’s worth noting that the White House isn’t supposed to be used for a campaign, under the Hatch Act. The Hatch Act prevents officials from campaigning or other political activities while serving their federal duties or in a government building like the White House, according to CNN. Technically, the president and vice president are exempt from breaking this law, but other government officials could be violating it by doing things like making a Republican National Committee (RNC) speech from the White House.

The watch party was reportedly attended by about 250 people. Grisham also warned about the possibility of protests forcing people to stay at the White House for far longer than just the night. Rather than risk her own health, Bender claims that Melania isolated herself in the residence with her parents and son Barron Trump, 15. She would “only come if Trump needed her to stand next to him for a public speech,” according to the book.

As election results came in, the book says that Donald got restless and irate. He allegedly screamed, “What the f**k,” when he lost Arizona, and a bunch of people went into the president’s private residence. Donald never let so many people into the residence, “mostly because it drove Melania nuts,” according to Bender, but the election night apparently threw those rules out the window. Apparently an official called the whirlwind a “s**tshow” and “the saddest thing I’ve ever seen.”

HollywoodLife has reached out to representatives for Melania and Donald Trump for comment. 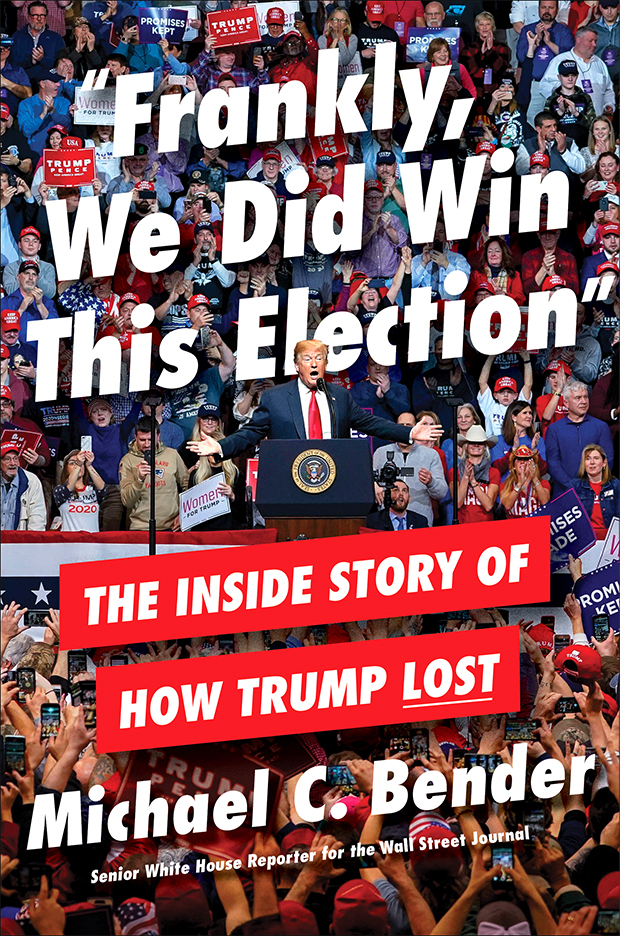 It’s not surprising that Melania was cautious about COVID in November. After the pandemic affected the nation for the better part of a year, both Trumps tested positive for the virus in October 2020. Even Barron tested positive after both of his parents contracted coronavirus. Melania and Donald both reportedly received the COVID vaccine, before Donald left office.

There Was a Suprise Royal Wedding Last Weekend