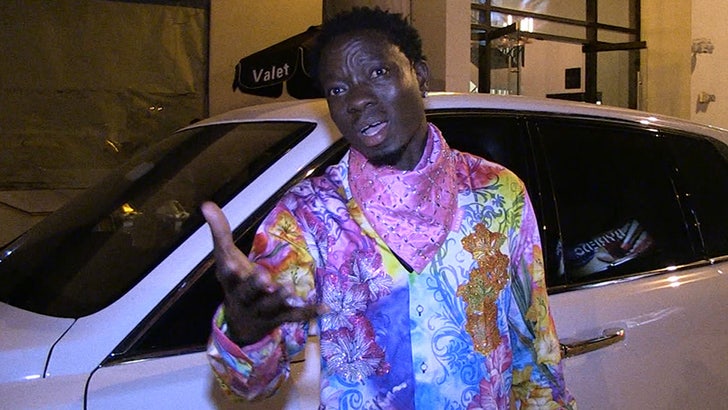 Michael Blackson‘s bummed the “Coming To America” sequel won’t premiere on the big screen this holiday season … but he thinks Amazon is making a savvy business move.

We got the comedian outside Catch in WeHo and our camera guy asked about Amazon Studios cutting a $125 million deal to stream “Coming 2 America.”

Michael, who stars in the sequel, tells us he would prefer a big-screen premiere … but he knows it just couldn’t happen in light of the coronavirus pandemic.

The movie’s slated for its streaming debut the week before Christmas, and Michael says that’s perfect timing … theaters will likely remain shuttered, and folks will be home for the holidays and ready to watch something new.

We also ask Michael if he thinks the deal signals the end of going to the movies as we know it … and his answer might make you feel better about the future.

Chris Harrison Confirms He Isn't Coming Back to 'The Bachelor' Franchise