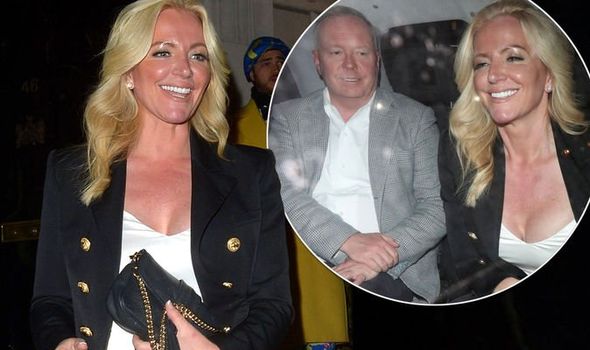 Michelle Mone, 47, and Doug Barrowman, 54, were pictured climbing into a taxi together last night following a night out at Annabel’s Club in Mayfair.

Baroness Mone, who founded lingerie brand Ultimo, was all smiles when she was photographed leaving the popular London night spot with her billionaire fiancé.

The Scottish millionaire, who has an estimated net worth of £20 million of her own, was dressed to impress in a silk camisole top with fringe detailing along the hemline teamed with a pair of skintight black jeans for her date night.

She finished off her look with a pair of strappy sandals and a black suit jacket with gold buttons.

Wearing her hair in soft curls which perfectly framed her pretty face, Michelle enhanced her natural beauty with shimmery eyeshadow and nude lips.

She was pictured holding on to the railings as she made her way down the steep steps outside the nightclub in her high heels.

The couple were then snapped sitting in the back of a black cab together before being whisked home.

Mother-of-three Michelle, who created a life peer in 2015 and given the title, The Right Honourable The Baroness Mone, OBE, announced her engagement to businessman Doug on social media at the end of last year.

Taking to Instagram in December, she shared an image with her 83,9000 followers showing the loved-up couple in front of a Christmas tree along with the caption: “I said YES” followed by a ring emoji.

Michelle and Doug, who were both born in Glasgow, are now on the search for a wedding venue for their up-coming nuptials. 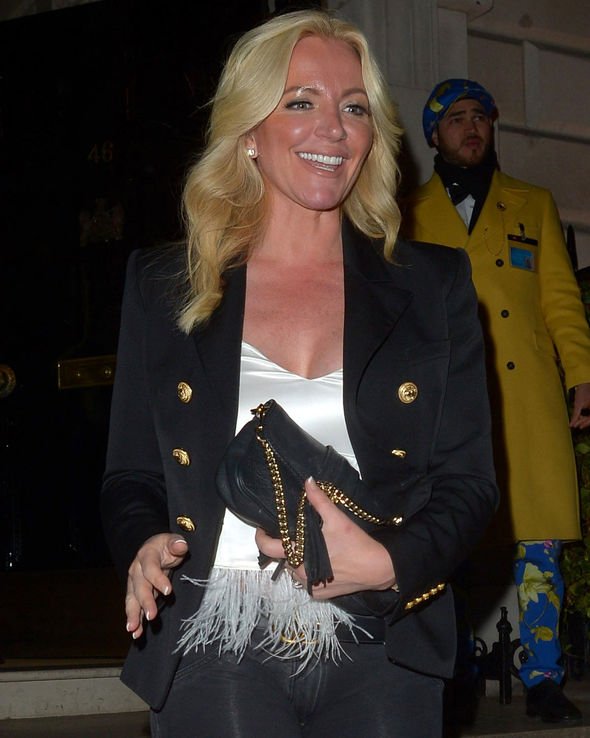 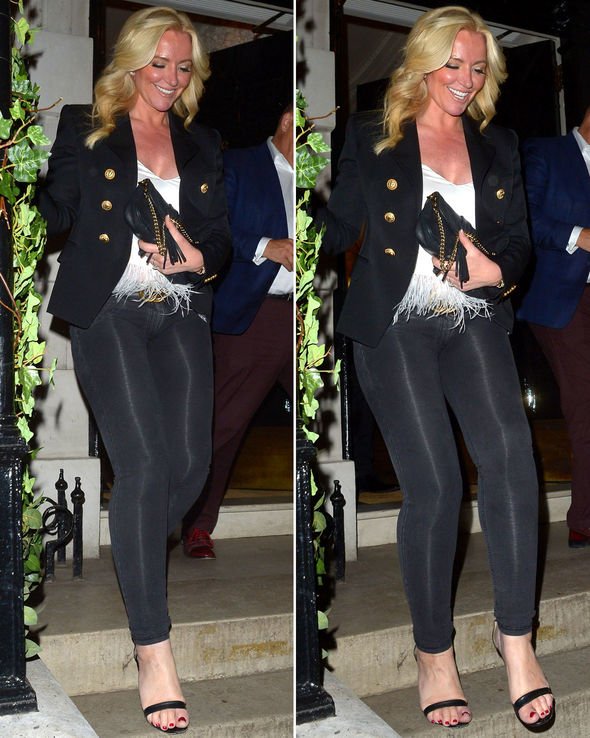 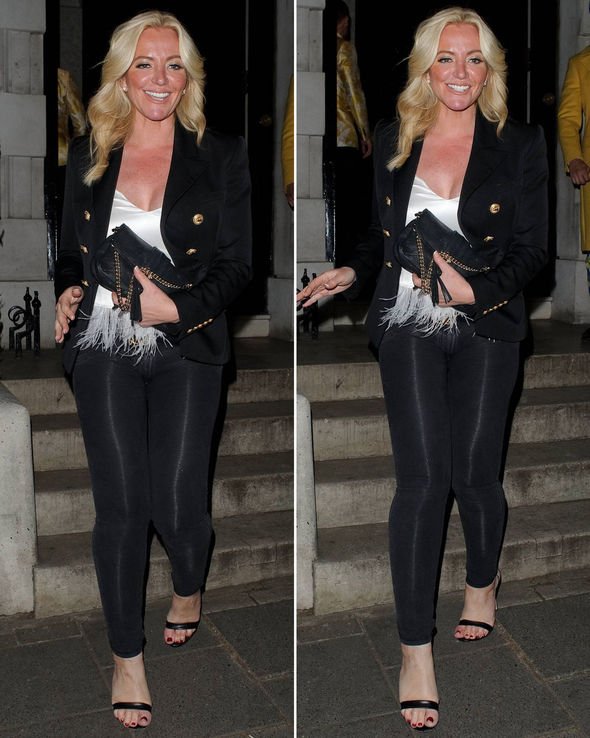 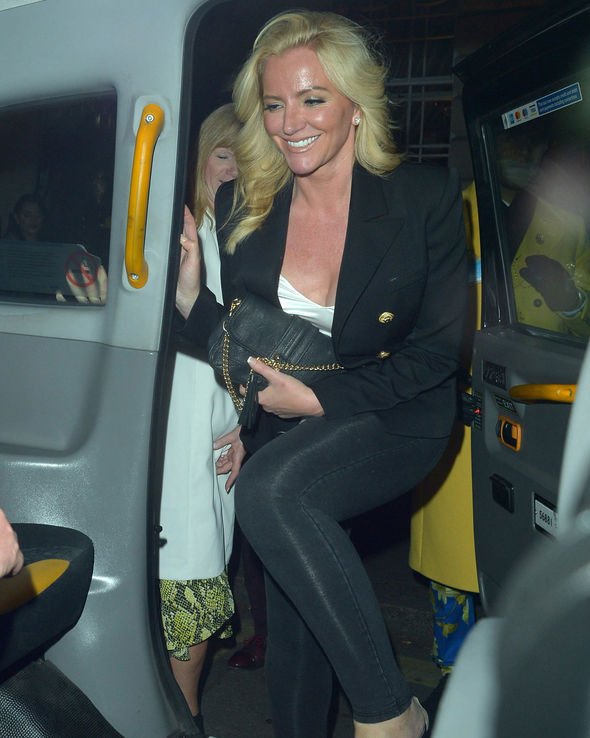 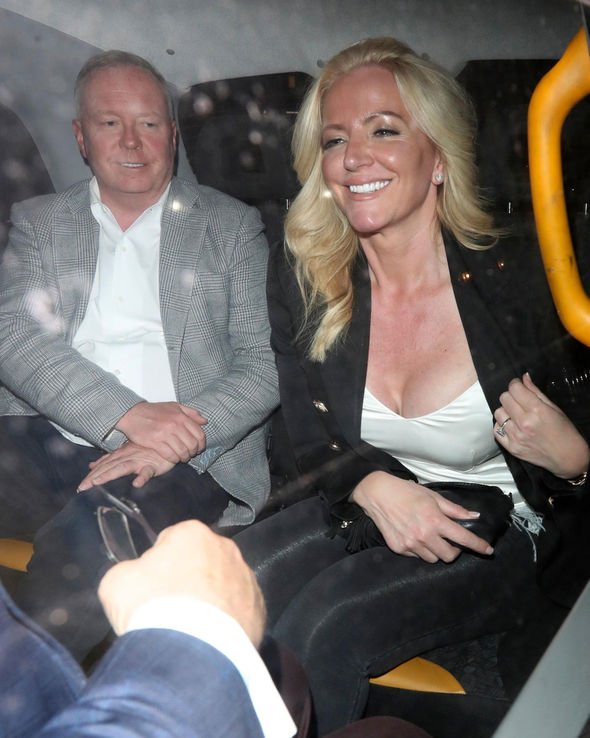 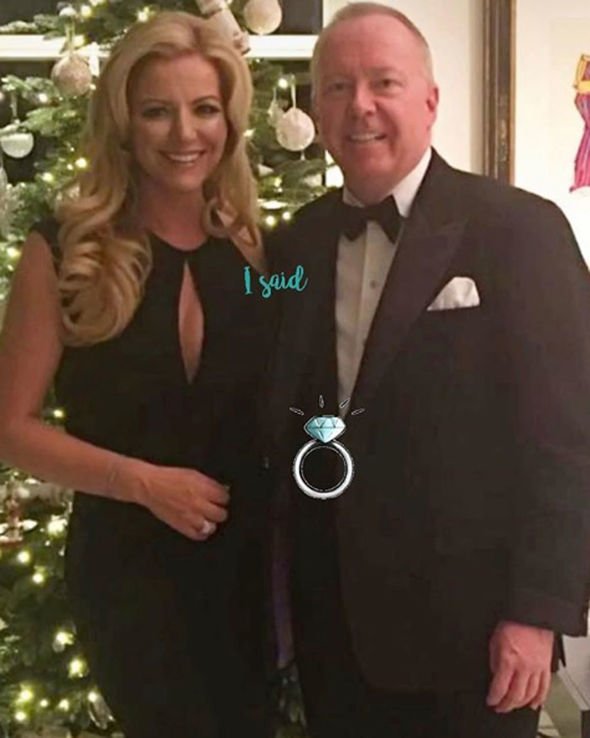