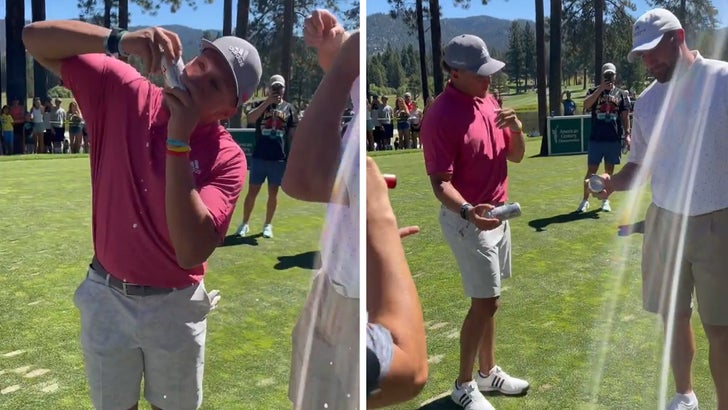 If you needed further proof Patrick Mahomes is great at EVERYTHING … here’s the NFL star shotgunning a beer so quickly, it appeared he beat Travis Kelce in a chug-off!!

The Kansas City Chiefs quarterback posted the footage Thursday … and it’s impressive as hell — considering the 25-year-old put down the cold one in under 3 seconds!!!

In fact, the chug was so fast … it sure looked like he beat Kelce in the beer race, which, of course, is an improbable feat, given the tight end is an expert beer-drinker who outweighs Patrick by 30 pounds!!

The fun and playful scene all went down at the American Century Championship charity golf tourney in Lake Tahoe … where the two Chiefs stars have partied a time or two over the years. 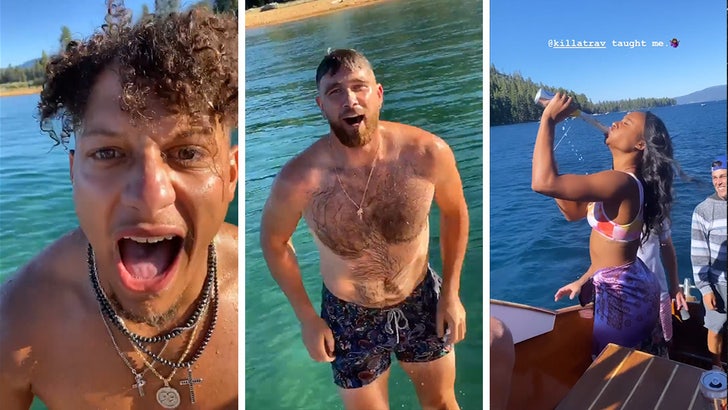 You’ll recall, just last summer, Kelce, Mahomes and their significant others held an EPIC boat party on the lake during the golf event … where everyone swam, drank and twerked!

We’re sure Thursday’s beers would have tasted better had the two beaten Tom Brady in Super Bowl LV … but, hey, Mahomes can’t have everything, right? RIGHT?!?