Pierce Brosnan looked amazing while shirtless in Hawaii after taking a cool dip in the ocean on Sept. 12. See the photos!

Pierce Brosnan proved yet again that good looks never die during a recent trip to Hawaii. The famous James Bond star was seen enjoying a dip in the Pacific Ocean on the island of Kauai, where he has a second home that he shares with his wife of 20 years, Keely Shaye Smith. 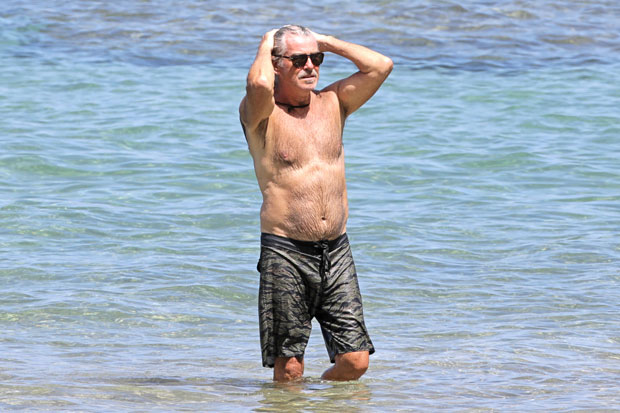 Pierce – ever the poster child for “aging like a fine wine” – was spotted coming out of the water on Sunday, September 12, dripping wet and wearing a pair of black swimming trunks. Like a scene straight out of the Bond movies, the 68-year old movie star smoothed his ocean-dipped salt-and-pepper hair back as he seemingly walked back to shore while rocking a pair of black sunglasses in one photo. If there’s not a petition yet to vote for Pierce as the next “Bond Man,” we’ll be happy to start one! In another captured moment on his Hawaiian beach vacation, Pierce is seen again shirtless wearing a pair of white cargo shorts as he fastens his belt, either gearing up for a swim or calling it a day. None of this is a surprising sight as we know all too well just how much Pierce loves the beach! 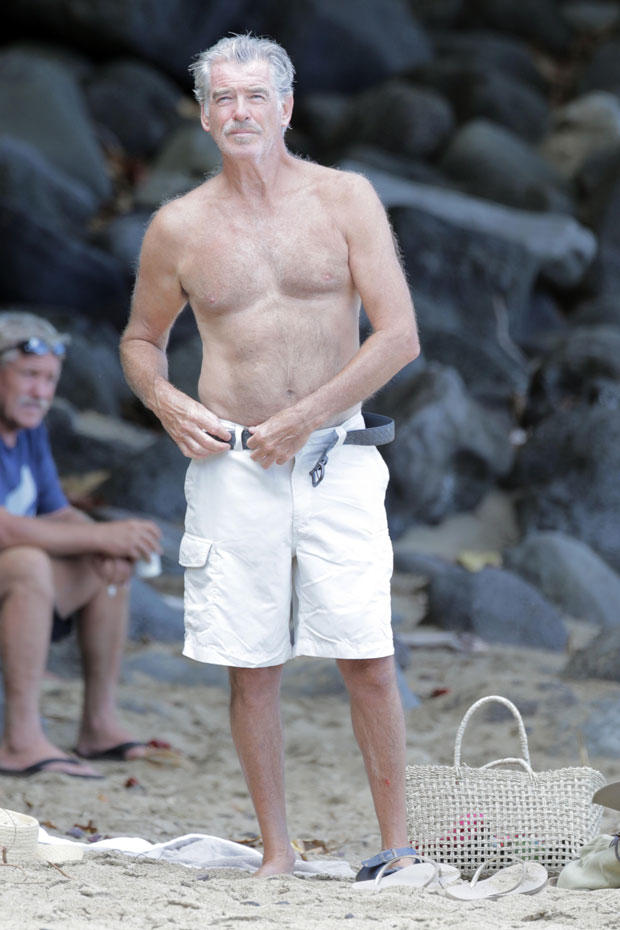 The tropical getaway is likely a much-needed a reprieve from all the projects Pierce has been busy working on around Hollywood lately. The Mamma Mia actor is starring in the newly released Cinderella reboot, which hit theaters on September 3, with pop star sensation Camilla Cabello playing the titular role. Pierce was also cast in March 2021 to play superhero sorcerer Doctor Fate opposite Dwayne Johnson in New Line Cinema’s action-adventure flick, Black Adam. The upcoming DC Extended Universe film is set to debut on July 29, 2022.

It’s nice to see Pierce enjoying some free time between projects as the last time we saw him was when he was out-and-about with Keely and their eldest son Dylan in Malibu at – you guessed it! – celebrity hotspot Nobu. Pierce and Keely have been together since 1994 and share two children together, but the Irish-American actor has five children total, including his late daughter Charolette Brosnan who died of ovarian cancer in 2013.