Good Morning Britain host Piers Morgan, 54, has been vocal on Twitter about the ongoing complications of the coronavirus, which has infected 460 people in the UK and caused eight deaths. Health Secretary Matt Hancock said the peak of the UK outbreak was expected “in a couple of months”.

Piers has since taken to the micro-blogging site and warned his 7.1 million Twitter followers that the “world is under attack”.

The GMB regular responded to a social media user who claimed he was adding to the “hysteria” surrounding the virus.

The person in question wrote: “You’re adding to the hysteria somewhat.”

Piers fired back: “It’s not hysteria. The world is under attack from a virus so virulent that experts believe it will kill millions of people. 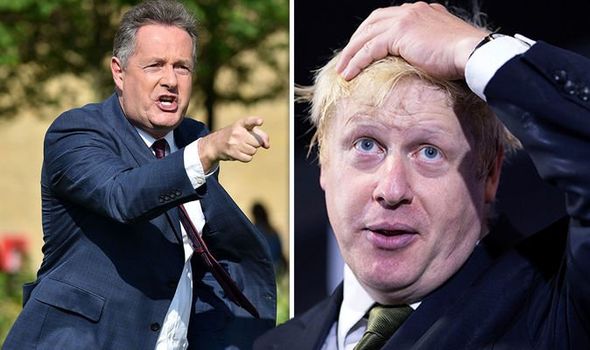 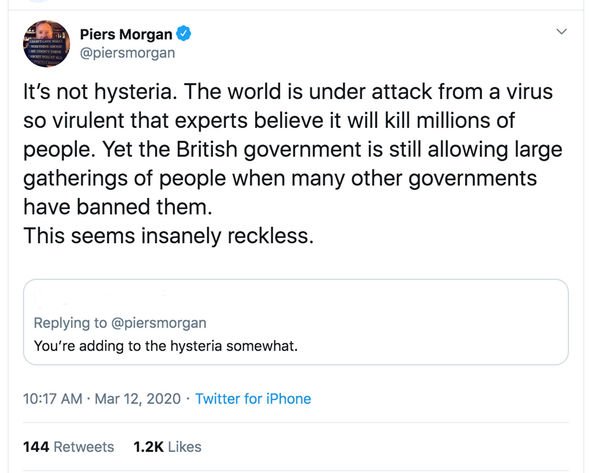 “Yet the British government is still allowing large gatherings of people when many other governments have banned them. This seems insanely reckless.”

In view of her 406,000 followers, she wrote: “OK Piers stop this! You are way too influential to be this irresponsible. We have NOT done the least in Europe. Get Chris Whitty on the show and ask him whether he feels the Government is taking his advice. I think you’ll find they are. #besensible #getthefacts.”(sic)

Her comments come after Piers claimed Parliament’s response to COVID-19 has been “insanely reckless”. 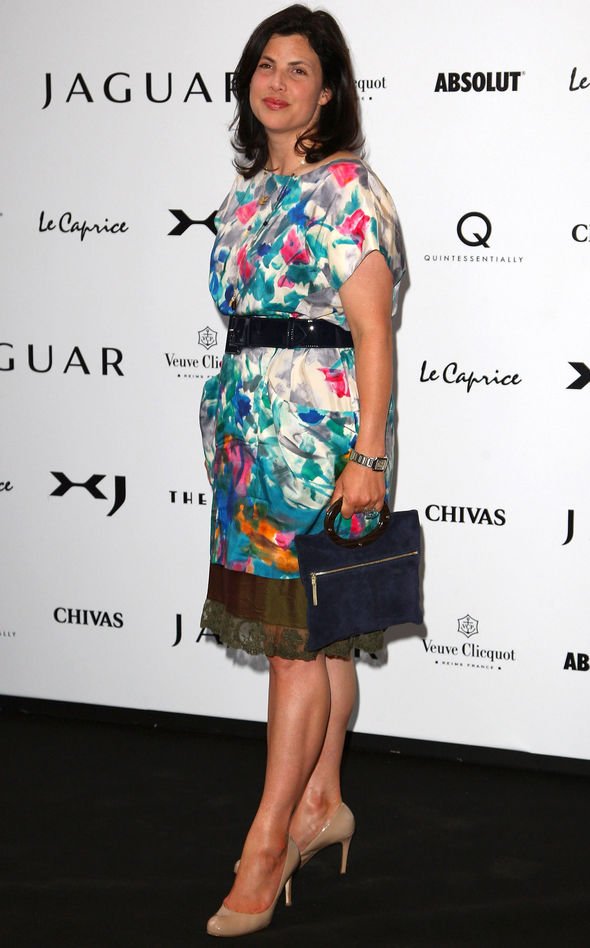 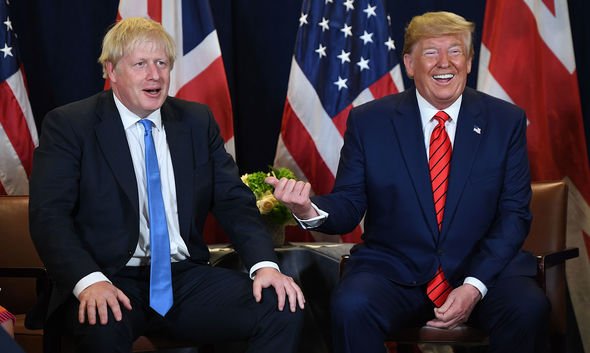 Boris Johnson’s Conservative government has advised people to self-isolate if they suspect they have symptoms of COIVD-19.

Piers took the opportunity to hit back at Kirstie, saying: “It’s not ‘irresponsible’ to demand our government does more to protect its people from a global pandemic than say ‘wash your hands’ – especially when many other countries are doing so much more than us to fight it in terms of social distancing.”

Health Secretary Matt has insisted that Parliament will remain open and told MPs he was meeting the opposition “first thing” today to discuss emergency laws that will be set out next week, adding: “The best way for us to beat it is for us to work together.”

The legislation will include measures to keep public services running, help businesses, and ensure the adult social care sector is ready.

Matt explained Parliament will be open, since “the public will expect Parliament to sit and to get on with its job”, and the prime minister would chair a further meeting of the government’s emergency Cobra meeting.

It comes as the World Health Organisation upgraded the status of the outbreak to a pandemic.

According to the Department of Health, there had been a further 83 cases of coronavirus since Tuesday, bringing the number of people being tested up to 27,476.

Meanwhile, US President Donald Trump has announced travel restrictions on 26 European countries in a bid to combat the spread of coronavirus.

The UK and Ireland are unaffected by the travel ban and the new rules by the US government come into effect tomorrow.

He wrote: “Why would US citizens travelling back from Europe to America be less of a coronavirus risk than European citizens?

“I don’t understand this travel ban by President Trump – none of it makes sense.”

Good Morning Britain airs weekdays on ITV at 6am.