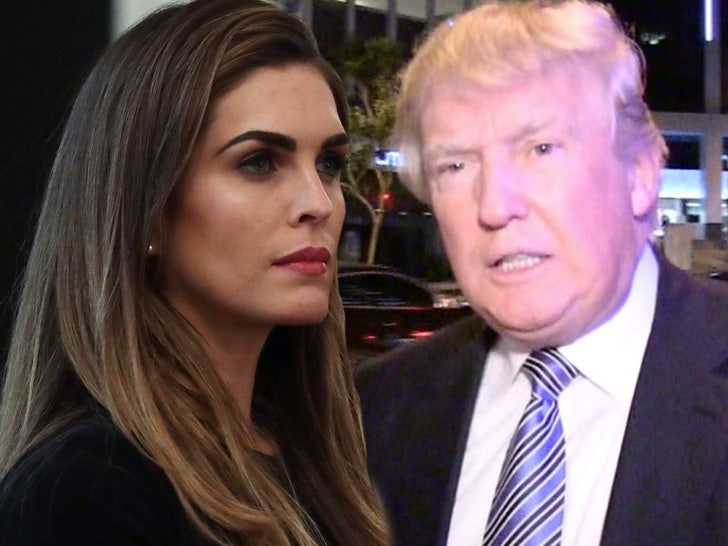 President Trump‘s close aide, Hope Hicks, has reportedly tested positive for the coronavirus after flying on Air Force One this week with the Prez.

Hope’s positive COVID-19 test comes on the heels of her traveling to and from Tuesday’s debate in Cleveland — as well as a roundtrip flight to Trump’s Wednesday rally in Minnesota … according to a Bloomberg News report.

The report says she is experiencing symptoms now … however, there’s no indication POTUS has contracted the virus.

Hope is working for Trump again as a “counselor to the President” after previously serving as his communications director, and working on his 2016 campaign.

We reached out to the White House, and deputy press secretary Judd Deere would not comment about Hope or the President’s health. He did tell us, “The President takes the health and safety of himself and everyone who works in support of him and the American people very seriously.”

He continued, “White House Operations collaborates with the Physician to the President and the White House Military Office to ensure all plans and procedures incorporate current CDC guidance and best practices for limiting COVID-19 exposure to the greatest extent possible both on complex and when the President is traveling.”