Prince Andrew has finally been served court papers over his sex accuser’s lawsuit — after his police guards and security were initially ordered not to accept them, according to court papers filed Friday.

Cesar Sepulveda filed an affidavit in the Manhattan federal court lawsuit brought by Virginia Roberts Giuffre confirming that he had served the papers to Andrew at his Royal Lodge home at 9:30 a.m. on Aug. 27.

He detailed how he had been repeatedly rebuffed in previous attempts to hand over the documents in which Queen Elizabeth II’s 61-year-old son is accused of first-degree rape tied to late pedophile Jeffrey Epstein’s sex ring.

Sepulveda said the day before the papers were successfully served he had been told to wait at Andrew’s main gates, where police officers — including Andrew’s head of security — repeatedly claimed they could not reach anyone inside.

The server said that he was then told that “the security there had been instructed not to allow anyone attending there for the purpose of serving court papers onto the grounds of the property and at the time they had been told not to accept service of any court process.”

He was “also advised at that time that anything left there would not be forwarded” to the prince.

“It appeared from the attendance that the security staff had already been primed not to allow anyone access onto the property to serve court process and had been instructed not to accept any service,” his affidavit said.

He then left messages with Andrew’s attorney, but “no communication was received” in response, he said, forcing him to return to Royal Lodge the next day.

This time, the officer at the gate contacted Andrew’s head of security, who assured Sepulveda that he could leave the papers and they would be forwarded to the Duke of York’s legal team.

Photo from 2001 that was included in court files shows Prince Andrew with his arm around the waist of 17-year-old Virginia Giuffre who says Jeffrey Epstein paid her to have sex with the prince. Andrew has denied the charges. In the background is Epstein’s girlfriend Ghislaine Maxwell.
(Florida Southern District Court/U.S. Second Circuit Court of Appeals)

Sepulveda asked if it was “possible to meet personally” with Andrew to serve him directly, but was “was told that this was not possible,” his affidavit said.

However, leaving it with the police officer “is consistent with the provisions for service,” the affidavit noted, stated that Andrew was officially served the complaint and exhibits.

He also left documents alerting him that the first hearing, a telephone conference from New York, is scheduled for Monday, the papers stated.

Giuffre’s lawsuit claims she was “forced to have sexual intercourse with Prince Andrew against her will” at the behest of pedophile Jeffrey Epstein and accused madam Ghislaine Maxwell. 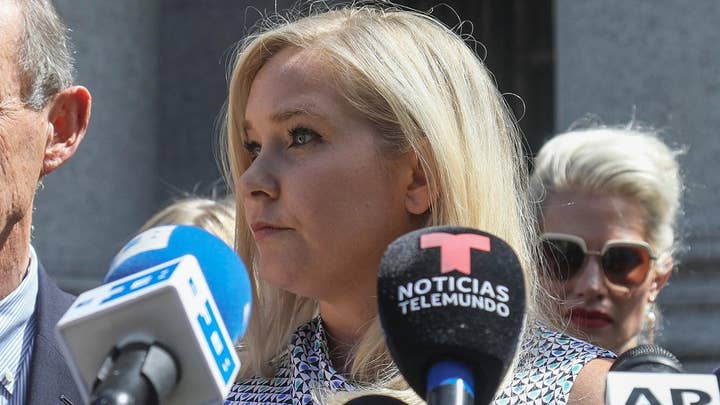 “I am holding Prince Andrew accountable for what he did to me,” Giuffre told The Post in a statement after filing her lawsuit.

“The powerful and rich are not exempt from being held responsible for their actions,” she said.

“I did not come to this decision lightly. As a mother and a wife, my family comes first – and I know that this action will subject me to further attacks by Prince Andrew and his surrogates – but I knew if I did not pursue this action, I would be letting them and victims everywhere down,” she said. 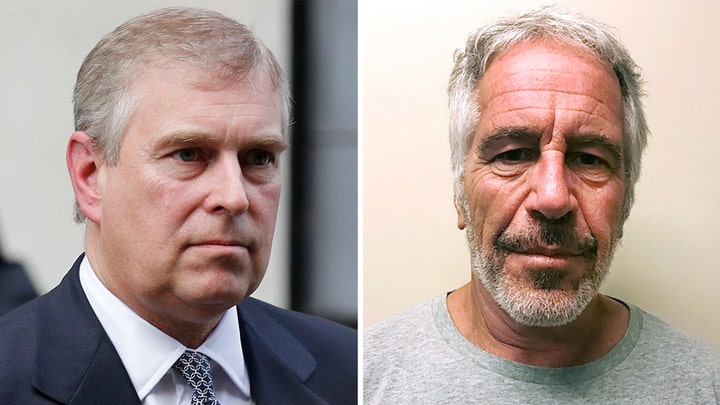 Andrew has repeatedly denied Giuffre’s claims, including during a BBC interview in which he insisted he had “no recollection of ever meeting this lady, none whatsoever.”

Neither he, his legal team nor Buckingham Palace has responded to the lawsuit.

Epstein hanged himself in his Manhattan lockup in August 2019 while awaiting trial on serious sex charges.

Maxwell is in custody in Brooklyn awaiting trial for allegedly recruiting underage girls for Epstein. She has pleaded not guilty.