Nick Jonas, 26, and Priyanka Chopra’s, 36, first official wedding photos have been unveiled by Hello! Magazine, showing the happy couple at both their Christian and Hindu ceremonies in Jodhpur over the weekend.

The Christian ceremony, which took part on Saturday, saw the bride walk down the aisle in a custom Ralph Lauren gown, which took a total of 1,826 hours to complete and featured two million mother of pearl sequins, with her groom matching in a suit from the same US designer. 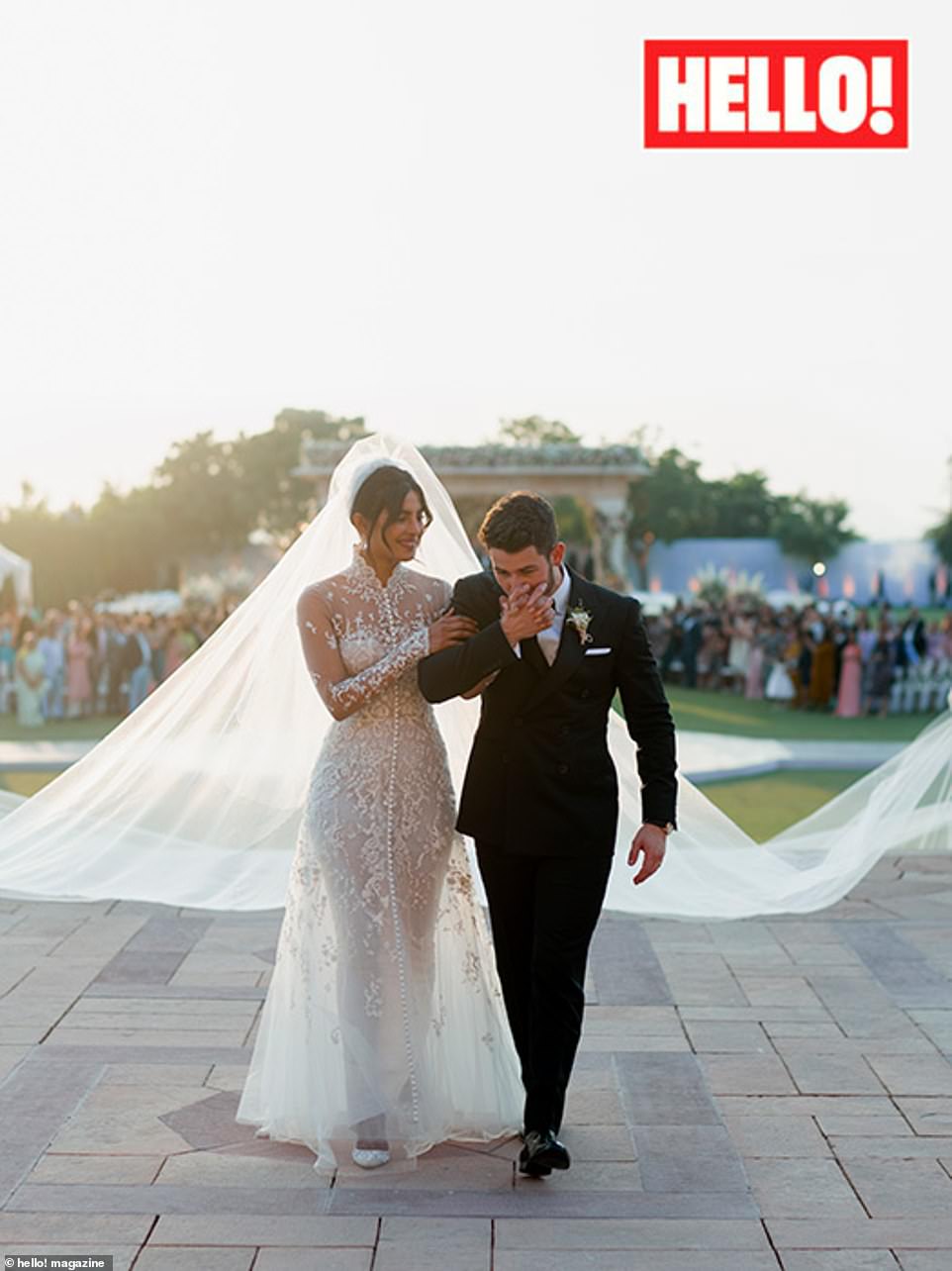 Just married! Nick Jonas, 26, and Priyanka Chopra’s, 36, first official wedding photos have been unveiled, showing the happy couple at both their Christian and Hindu ceremonies in Jodhpur over the weekend, with the bride wearing custom Ralp Lauren for the Christian vow exchange

Taking an incredible 1,826 hours to create, the custom dress was hand beaded and hand embroidered with Swarovski crystals and two million mother of pearl sequins, while a 75 feet long tulle veil completed her look.

A romantic touch saw the groom request a small piece of lace from his bride’s dress stitched inside of the purple lapel of the tuxedo, with the Urdu words ‘My Jaan’ which translates to ‘My Life’. 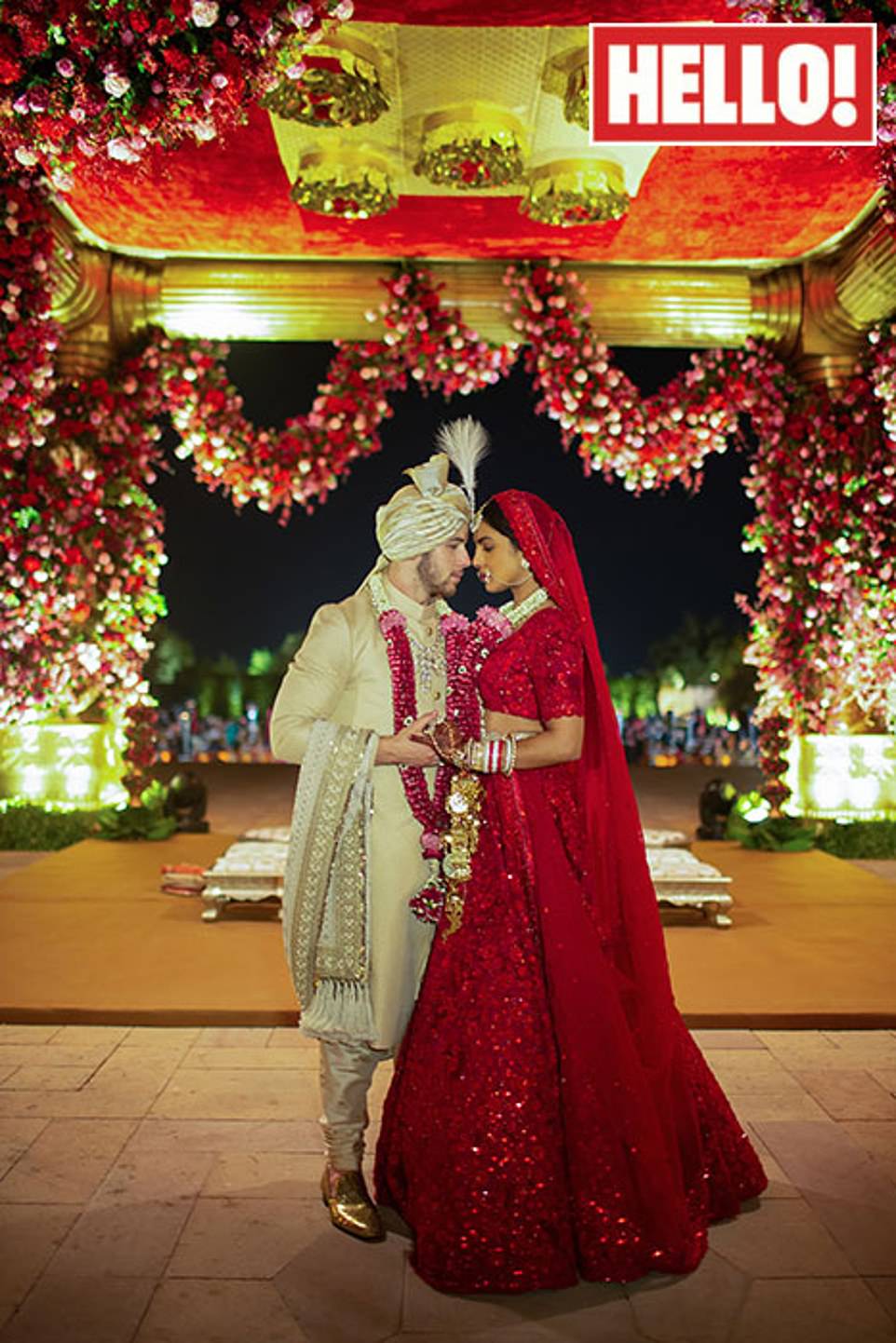 Round two: A day later she stunned in a deep red lehenga – a traditional Indian outfit by noted designer Sabyasachi Mukherji

For the Hindu ceremony, Priyanka chose a two piece lehenga in a beautiful red with intricate embroidery and fine jewels as well as sequin work. The bride added a twist to the traditional Indian outfit, with French embroidery and a western inspired veil.

Speaking to Hello, Priyanka explained: ‘For the Indian wedding, I wore Sabyasachi. I always knew I wanted a red traditional silhouette for my wedding but Sabya brought in incredible French embroidery to the mix and with incredible jewelry and western inspired veil it was just such an amalgamation of who I am!’ble.

Nick meanwhile chose to wear a traditional turban and sherwani in gold with matching shoes.

The Bollywood star and American singer married in a Christian ceremony Saturday night presided over by the groom’s pastor father before Hindu celebrations on Sunday.