Two months after Prince Philip’s April passing, the widowed Queen paid tribute on what would have been his milestone 100th birthday.

Prince Philip is forever in  Queen Elizabeth II‘s heart. The 95-year-old royal paid tribute to her late husband a day before what would have been his milestone 100th birthday on June 10th, 2021. Queen Elizabeth smiled as she received a specially colored “Duke of Edinburgh Rose” — which is a deep pink shade — and had it planted in Windsor Castle’s East Terrace Garden in his honor. She wore a blue dress with a white sweater as she watched the planting, keeping her eyes hidden behind a pair of sunglasses. 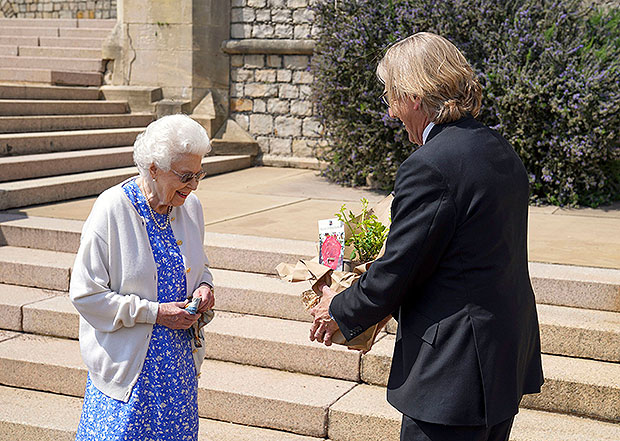 The tribute comes exactly two months after the Duke passed away at the age of 99 on April 9, 2021. The uniquely colored rose was presented to Queen Elizabeth by the Royal Horticultural Society. She reportedly remarked that the color “looked lovely” to the Royal Horticultural Society’s President Keith Weed. The newly planted rose is specifically among a mixed rose border, which Philip had a role in originally designing.

“Whilst being very poignant, it was also a delight to give Her Majesty The Queen, Patron of the Royal Horticultural Society, the Duke of Edinburgh Rose to mark what would have been HRH The Duke of Edinburgh’s 100th birthday and to remember his remarkable life,” Keith Weed said in a statement published by People magazine. “The Duke’s devotion to raising public awareness of the importance of conserving the natural world leaves a lasting legacy,” he also said. 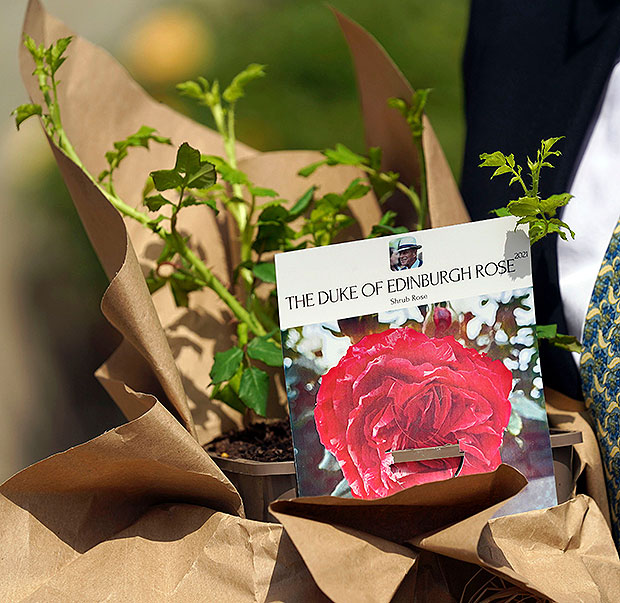 The pink roses will also be for sale to raise funds for the The Duke of Edinburgh’s Award Living Legacy Fund, which is focused on getting youth to enroll and take part in the Duke of Edinburgh Award program. Philips death came after he spent several weeks at King Edward VII Hospital in London, leading to a heart surgery on March 4. He was admitted after he felt “unwell,” and was discharged on March 16, sadly passing a month later.

The Queen recently celebrated her own 95th birthday on April 21 — just four days after Philip’s funeral. “I have, on the occasion of my 95th birthday today, received many messages of good wishes, which I very much appreciate,” the British monarch said in a statement commemorating the day. “While as a family we are in a period of great sadness, it has been a comfort to us all to see and to hear the tributes paid to my husband, from those within the United Kingdom, the Commonwealth and around the world.” She also received a “special gift” from grandson Prince Harry, 36, to mark the milestone.

Julie Bowen Hid Her Belly on 'Modern Family' Despite Being 8.5 Months Pregnant With Twins