As the cinematographer for Netflix’s Queer Eye, Garrett Rose knows he needs to use a light touch in his work. In an effort to highlight the story and the people being helped, keeping the visuals as close to reality is essential so it does not diminish the “emotional strength” of the episode.

Queer Eye stars Antoni Porowski, Tan France, Karamo Brown, Bobby Berk, and Jonathan Van Ness as the new Fab Five. In their 5th season, these style experts went to Philadelphia to give lifestyle and fashion makeovers to guests nominated by their friends and family.

Rose earned a nomination in the Outstanding Cinematography for a Reality Program category for his work on the episode titled “Groomer Has It,” where the Fab Five help Rahannah, a woman whose dog grooming business stalled out and needed a rebrand. The series is nominated for five other Emmys, including Outstanding Structured Reality Program. 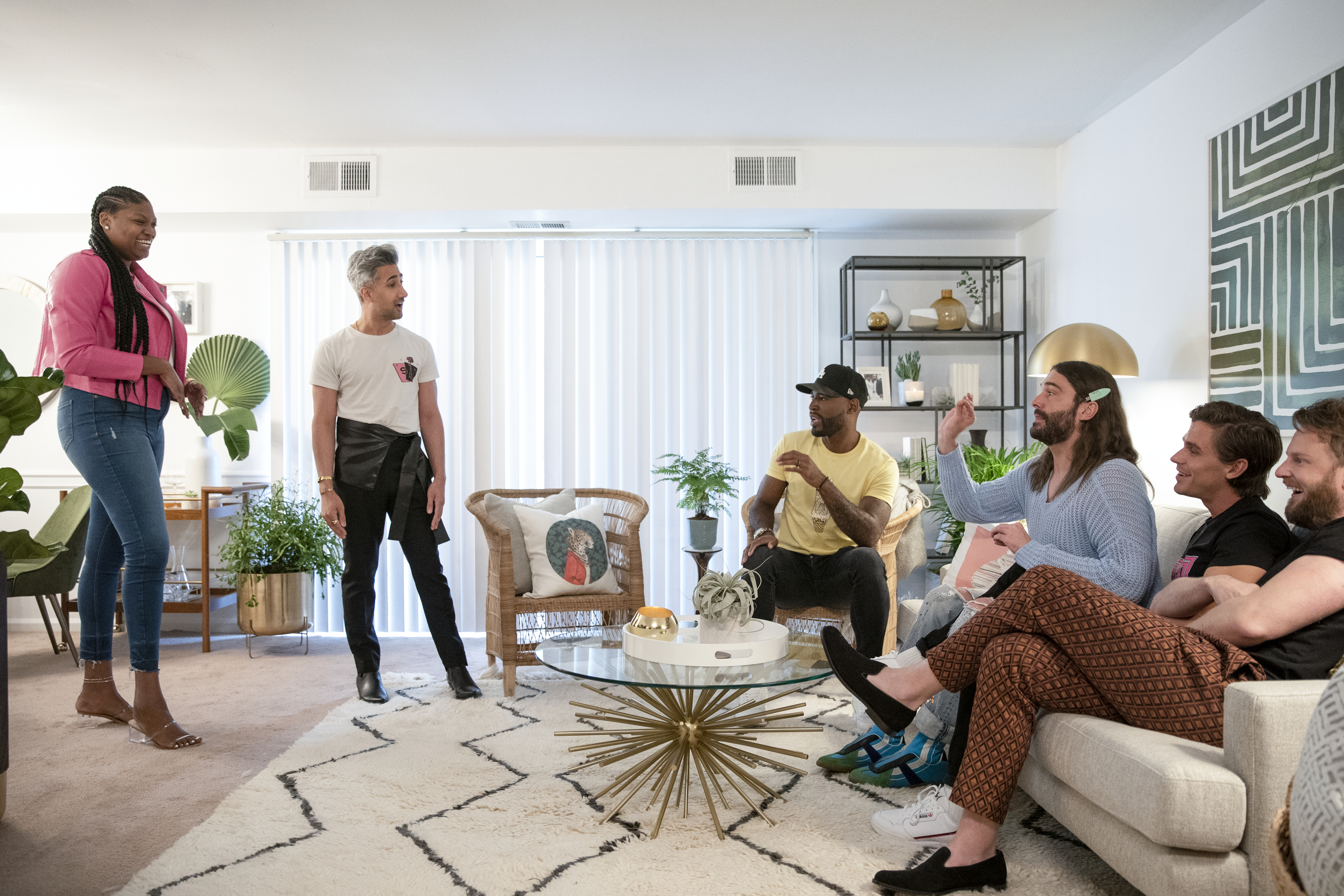 DEADLINE: What would you say is the most important factor in the cinematography of Queer Eye?

GARRETT ROSE: It just needs to be organic, the cinematography needs to be very light-handed and organic because ultimately what comes first is a story and the experiences that the people are having. Those are real experiences that are unraveling in the moment and, in order to keep the emotional strength of the scene and be true to what’s occurring at the moment, you really want to be light-handed on what you would do, in terms of like lighting. So, we’ll look for attractive angles, like if I get a chance to see a space ahead of time, I try to look for where I can win naturally by using large natural sources of light coming in through the windows, always shooting the shadow side, trying to find out what’s visually interesting in a space and how I could incorporate that into scene work and still keep the scene organic and true to what it is.

DEADLINE: And what’s your favorite part of filming an episode of Queer Eye?

ROSE: I enjoy lighting the interviews, to be quite honest with you, because ultimately at the end of the day, I operate a lot, but I really enjoyed being able to sit down and craft out the interviews. I also enjoy the reveals, when you see that person, that the fab five are helping out, develop over the course of the week. And at the end of the week, you see the reveal and it’s always the most fun day.

DEADLINE: The moment of genuine surprise in “Groomer Has It” when they gave Rahannah that new van, it must’ve been a very exciting thing to watch live.

ROSE: And it was also very emotional. I can tell you that on my team of three operators, not one of us had a dry eye when that happened, [laughs] which makes it kind of difficult when you’re operating and you’re trying to pull focus because you have to remain, you know, consistent in your operation to capture the scene. But you know, there’s so much emotional energy when that’s happening. You can’t help but get drawn into it too. I mean, it was really beautiful. You know, this girl had worked really hard. She had suffered some setbacks or experienced some setbacks professionally and to see her really blossom and see that new van given to her, I mean, it was just great.

It was awesome. And the dog show was a very fun episode to shoot. Out of all the seasons shot here in the states, I enjoyed Philly the most. Philly was just rich with social texture, visual texture and it was a fun place to shoot in general. I often walked around with my Mamiya 6, which is a medium format film camera and I would shoot with it on my back. So I’d have our FS7s on my shoulder and I would have my Mamiya on my back because there was always something to shoot in Philadelphia, it was just a beautiful place, rich in culture. And yeah, I mean, I loved Philly. That was another reason why I chose a “Groomer Has It,” because that’s a Philly story right there, you know?