Rebel Wilson’s ex-beau Jacob Busch showed his approval after she posted a series of stunning pics.

Rebel Wilson’s, 41, and ex-boyfriend Jacob Busch, 29, complimented the actress’s outfit with a fiery Instagram comment. The Australian actress posted a bunch of photos of herself sunbathing in a low-cut seafoam green bathing suit on Instagram on Monday July 5, and the Anheuser Busch heir commented with a pair of fire emojis. Apparently he thinks that his ex looked hot or her outfit was fire in the pictures. 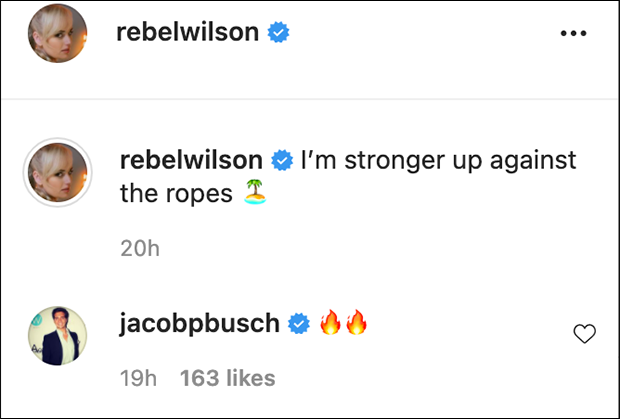 In the photos, Rebel is also sporting a white sun hat and a stylish pair of sunglasses. She looks like she’s lying on a boat, and plays with a piece of rope, biting down on it in a few photos. “I’m stronger up against the ropes,” she wrote in the caption. She posted photos and videos with friends to her Instagram stories throughout the day, and she also shared another picture with three men, captioned, “BOYS TRIP.”

It doesn’t seem like Jacob was just commenting on the pictures un-prompted. Rebel had similarly commented with a trio of fire emojis on a shirtless photo that Jacob posted to his Instagram on June 29. Rebel and Jacob seem like they don’t have any hard feelings towards each other despite splitting up in February 2021. Shortly after the break up, Jacob posted a photo of the two to his Instagram Story on March 2 to wish the Pitch Perfect actress a happy birthday. 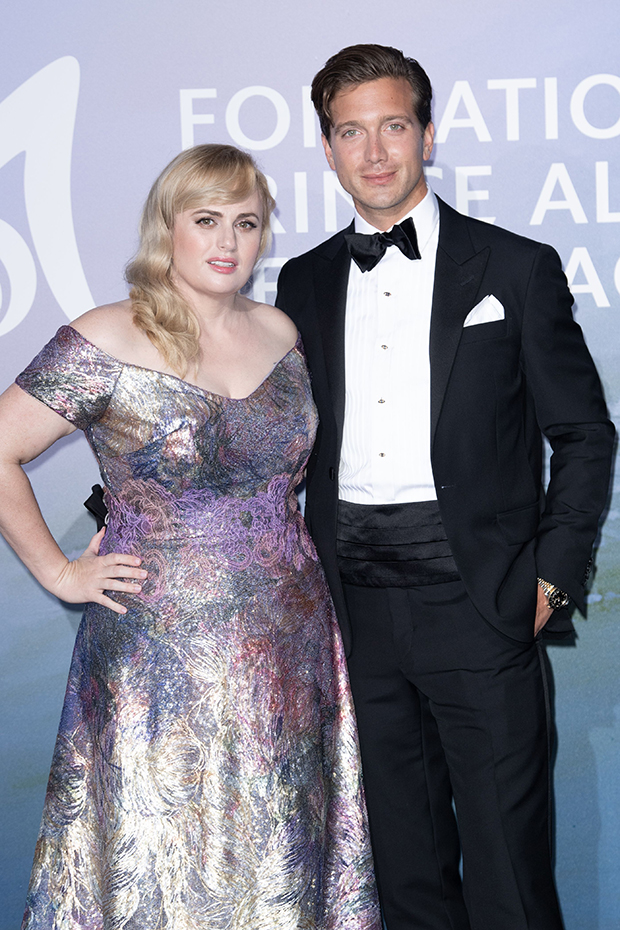 Rebel seems like she’s been living her best life lately, posting tons of pictures of her weight loss journey. After shedding 60 pounds, the Isn’t It Romantic star has posted pictures of her wearing sexy black bathing suits in hot tubs or curve-hugging bodysuits. Throughout 2020, Rebel had embarked on a “year of health,” and she revealed in November 2020 that she’d hit her goal weight of about 165 pounds.

Even as she’s clearly been having a great time showing off her transformation, Rebel has also been honest about some of the hard times she’s experienced in the past year. She opened up about issues on her fertility journey with a May 2 Instagram post. “I hope there’s light about to shine through all the dark clouds,” she wrote in the caption.

This Is Why NCIS Got Rid Of Mike Franks