This Morning: Watching Eamonn in pain is 'hard' says Ruth

Ruth Langsford has said it’s hard to watch the person you love struggling, as her husband Eamonn Holmes documents his battle with chronic pain. The 61-year-old This Morning presenter made her comments while admitting that she worries that he’ll take too many painkillers to deal with the agony.

“Understandably, Ruth doesn’t like painkillers for anything, a headache or anything…” Eamonn told ITV viewers earlier today.

“Not really, I mean I will take them for a headache, but I try not to,” Ruth explained.

“But also it’s very hard to watch the person you love in so much pain when you feel very helpless, you can’t really do anything,” she went on to add.

“But tablets help me. Why wouldn’t you let me take them?” Eamonn went on to ask, during an appearance on This Morning. 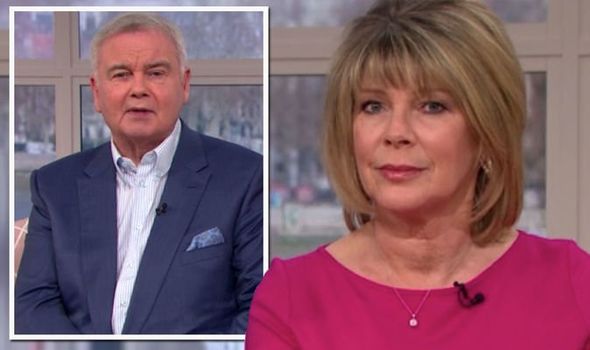 “Because then I would worry about you taking too many of them,” the mum-of-one continued.

The couple made their comments during an ITV phone-in about chronic pain.

Ruth pointed out that painkillers don’t get to the root of the problem and only dull the pain for a short amount of time.

“So you take the painkillers, think that’s a bit better, then they wear off and the pain is back. 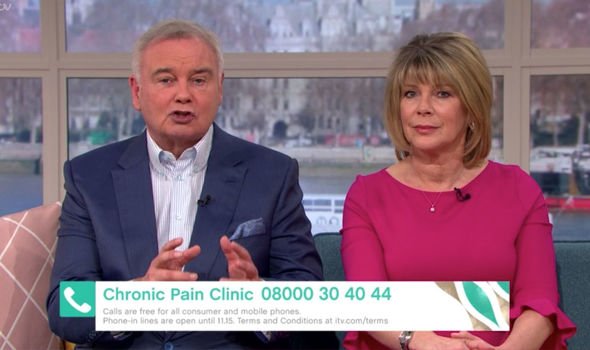 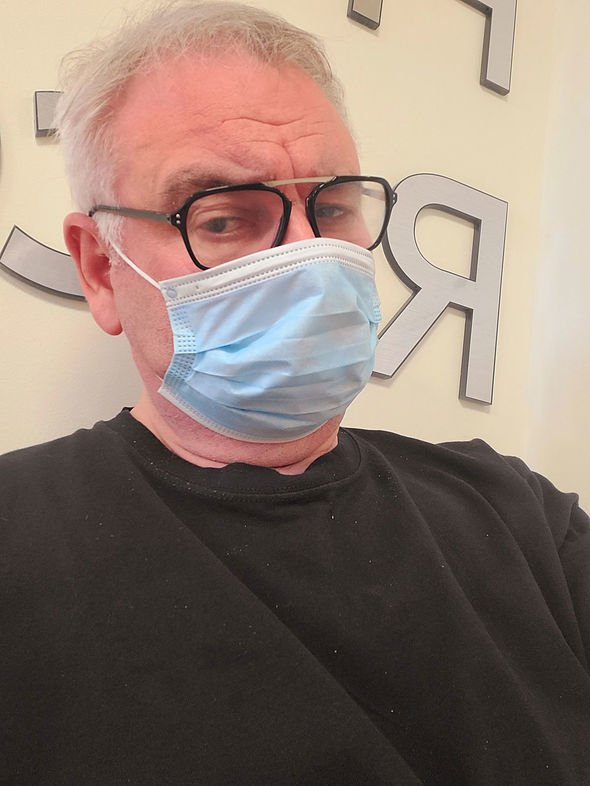 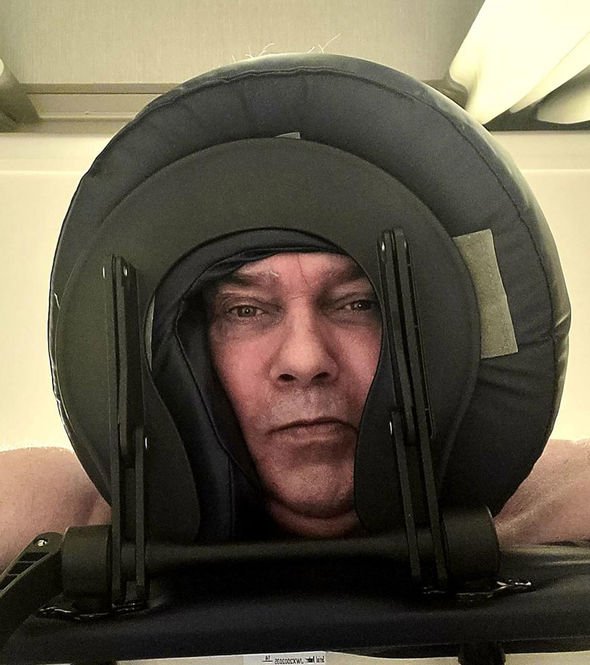 “If the pain is still there, then the painkillers aren’t actually working, are they? Getting to the root of the cause.”

The segment comes after Eamonn went to hospital this week for an MRI scan to investigate the pain he has been suffering in his back.

Unfortunately, there has been a delay in Eamonn receiving the results because of the Easter bank holiday.

He has been turning to social media for support and advice, particularly in the early hours of the morning, as his pain has been affecting his sleep.

The presenter said it tends to be worse when he’s lying down.

Eamonn got up at 4.30am today to undergo an hour of physiotherapy before his stint on live television.

He gave fans an update on the microblogging site first thing in the morning.

“Hey, busy day so far ….. 1 hour physio at 4.30 am to get match fit for today’s #ThisMorning …. followed by the Cold shower routine!” he wrote in view of his one million followers.

“All this will either kill me or cure me.

“So far, so good though and remember I’m going to be sharing your #ChronicPain stories & advice,” he added.

In an earlier post, he revealed that he had been having cold showers at the recommendation of his physio.

“OMG they dull inflammation and breathe energy back into your body!!!!” he exclaimed.

Here Comes the Bride! Everything We Know About Katy Perry and Orlando Bloom's Wedding