FX is moving forward with a limited series all about the influential punk rock band the Sex Pistols.

The band formed in the early 1970s and would go on to revolutionize the rock music scene going into the 1980s with their politically charged lyrics and often violent live performances. Although their run as a band was short-lived, they quickly cemented themselves in music history.

According to Deadline, the band will be the subject of a six-part limited series titled “Pistol” based on the memoir by Steve Jones titled “Lonely Boy: Tales from a Sex Pistol.” The series will be helmed by “Slumdog Millionaire” and “Yesterday” director Danny Boyle and was created by “Moulin Rouge!” writer Craig Pearce, co-written by “24 Hour Party People” Frank Cottrell Boyce.

SEX PISTOLS JOHNNY ROTTEN ON BEING A CARETAKER FOR HIS WIFE WITH DEMENTIA: ‘THE REAL PERSON IS STILL THERE’ 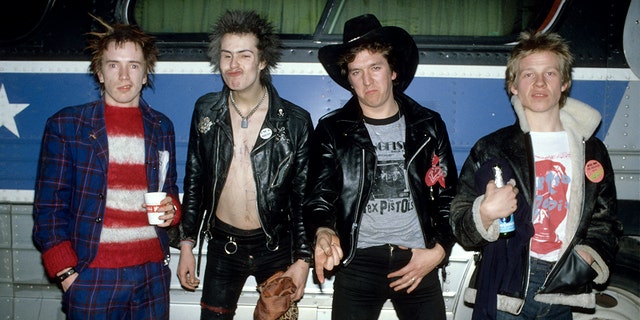 The Sex Pistols will be the subject of an FX limited series.
(Richard E. Aaron/Redferns)

“It’s great to be back in business with Danny Boyle,” Nick Grad, president of original programming at FX Entertainment, said in announcing the news. “Steve Jones was at the center of the storm that shook the rock establishment, and we’re thrilled to have Danny and the rest of the creative team tell his story as a member of one of music’s most notorious bands — the Sex Pistols.”

Boyle added in a statement to the outlet: “Imagine breaking into the world of The Crown and Downton Abbey with your mates and screaming your songs and your fury at all they represent. This is the moment that British society and culture changed forever. It is the detonation point for British street culture … where ordinary young people had the stage and vented their fury and their fashion … and everyone had to watch and listen … and everyone feared them or followed them. The Sex Pistols. At its center was a young, charming, illiterate kleptomaniac — a hero for the times — Steve Jones, who became, in his own words, the 94th greatest guitarist of all time. This is how he got there.”

The BBC notes that Jones’ memoir begins in West London where the young musician faced an abusive household growing up. From there, it transitions into his introduction to glam rock and the formation of the band. The book then shows the difficulty the group had maintaining their public image as bad boys while struggling with addiction later in life.