Fast friends? Sharna Burgess and Megan Fox proved they are on good terms amid the Dancing With the Stars pro’s relationship with the actress’ estranged husband, Brian Austin Green.

The Beverly Hills, 90210 alum, 47, shared an Instagram photo of himself kissing Burgess, 36, at Walt Disney World’s Animal Kingdom on Tuesday, July 6. “It’s been a really long time since I’ve been with someone I can truly share life with,” he captioned the PDA-filled pic, adding a red heart emoji. 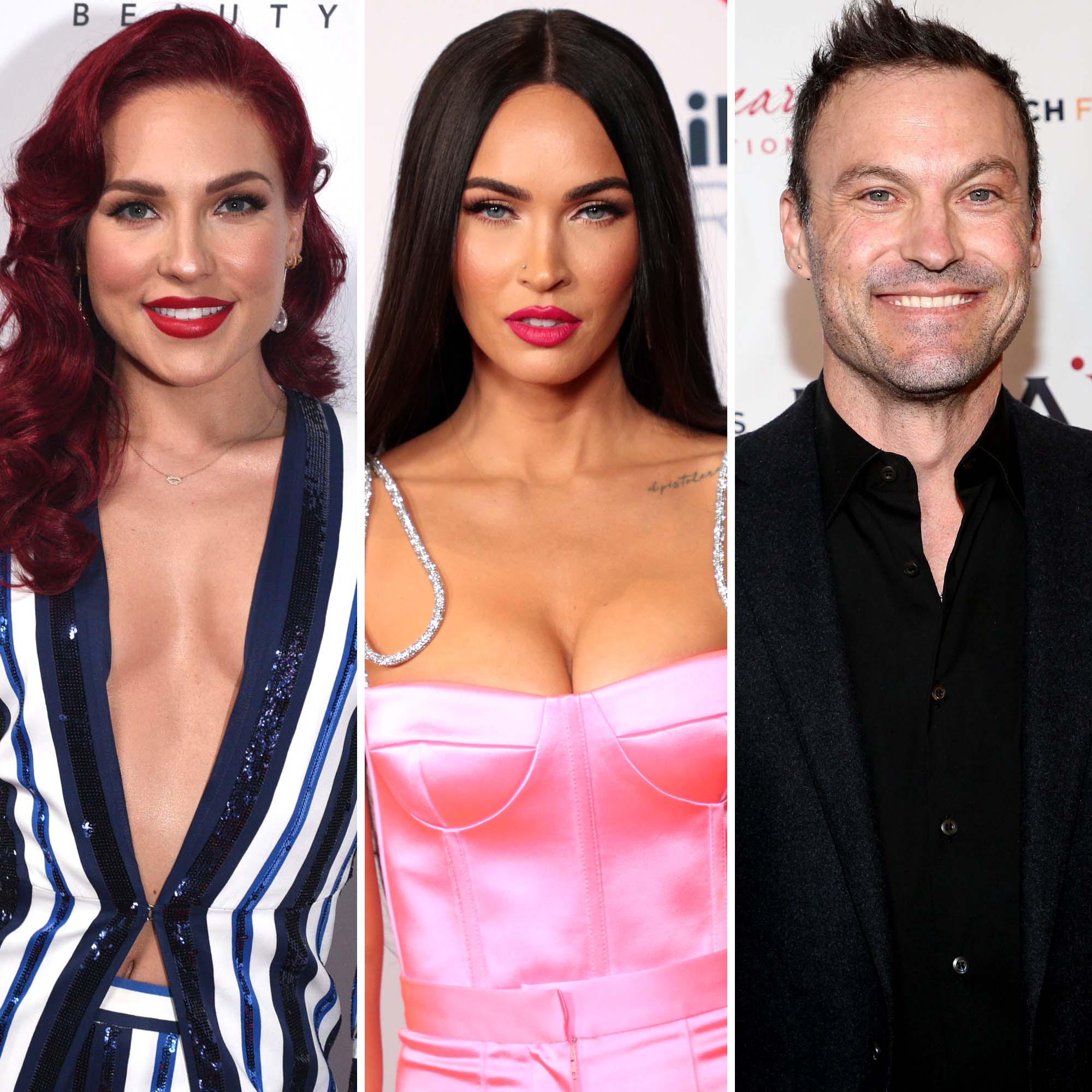 Fox, 35, then replied to the post to publicly state her approval of the romance. “Grateful for Sharna,” she commented alongside a purple heart emoji.

Burgess subsequently responded to the Transformers star with two white heart emojis. She also left a separate comment for Green, which read, “There’s no one else I could ever imagine sharing it with. I love you.”

The actor and the professional dancer first sparked dating rumors in December 2020, seven months after he confirmed his split from Fox following nearly 10 years of marriage. The New Girl alum, who was initially linked to boyfriend Machine Gun Kelly in May 2020, filed for divorce in November 2020.

Burgess applauded Green and Fox in February for coparenting sons Noah, 8, Bodhi, 7, and Journey, 4. “I think they’re doing a great job with managing their situation, so I’m grateful that I’ve been able to fit into it — into their world,” she said on Australia’s The Morning Show at the time.

The choreographer continued: “He’s a wonderful dad, and he and his wife — uh, ex-wife — have raised three beautiful children. And they are so wonderful and sweet and kind and considerate, and they’ve done such an amazing job.”

Green, for his part, paid tribute to Fox and Burgess via his Instagram Story in March, wishing them a happy International Women’s Day.

The estranged couple previously had social media drama in November 2020 after he shared a Halloween photo of their youngest son via Instagram. “Why does Journey have to be in this picture? It’s not hard to crop them out. Or choose photos that they aren’t in,” the Jennifer’s Body star commented at the time. “I had a great halloween with them yesterday, and yet notice how absent they are from my social media.”

Fox then accused Green of trying to impress his followers with his involvement in their children’s lives. “I know you love your kids,” she wrote. “But I don’t know why you can’t stop using them to posture via Instagram. You’re so intoxicated with feeding the pervasive narrative that I’m an absent mother, and you are the perennial, eternally dedicated dad of the year. You have them half of the time. Congratulations you truly are a remarkable human! Why do you need the internet to echo back to you what should be inexhaustibly evident in the way your children love you?”

The Anger Management alum later deleted the shot. In June, he posted a photo of all four of his sons — including Kassius, 19, whom he shares with ex Vanessa Marcil — taken by Burgess for Father’s Day.