Sunday Brunch host Simon Rimmer, 57, who fronts the show alongside Tim Lovejoy, 52, was at loggerheads with a Twitter user earlier this week after they criticised him for using the phrase “like so”.

Hitting back at the Twitter user, the chef explained his reasons for using the two words during the show.

The Twitter spat occurred after Simon offered his support to a five-year-old boy named Harry, whose honesty stall was targeted by thieves earlier this week.

Responding to the post, which was shared by auctioneer Philip Serrell, he replied: “Oh my goodness. This is so depressing. Tell Harry I’m proud of him.”

The Twitter user then took the opportunity to slam Simon about his use of the phrase. 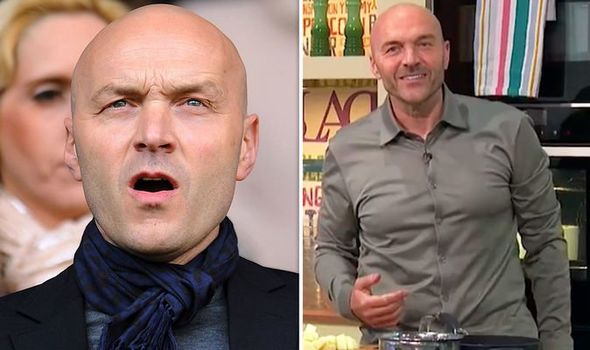 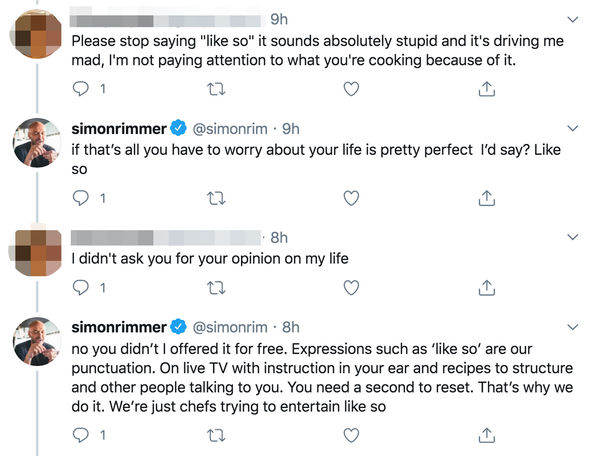 They wrote: “Please stop saying ‘like so’ it sounds absolutely stupid and it’s driving me mad, I’m not paying attention to what you’re cooking because of it.”

Hitting back in view of his 271,000 followers, he wrote: “If that’s all you have to worry about your life is pretty perfect I’d say? Like so.”

“I didn’t ask you for your opinion on my life,” the Twitter user replied.

Clarifying his point further, Simon added: “No you didn’t I offered it for free. Expressions such as ‘like so’ are our punctuation. 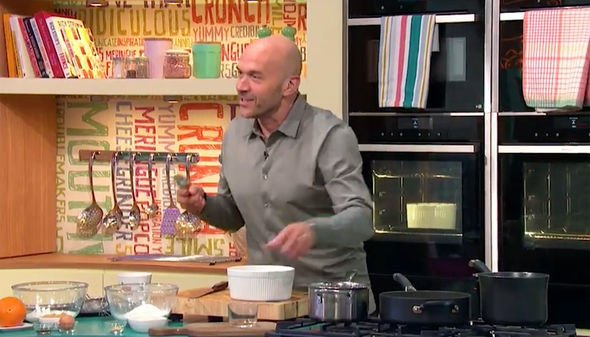 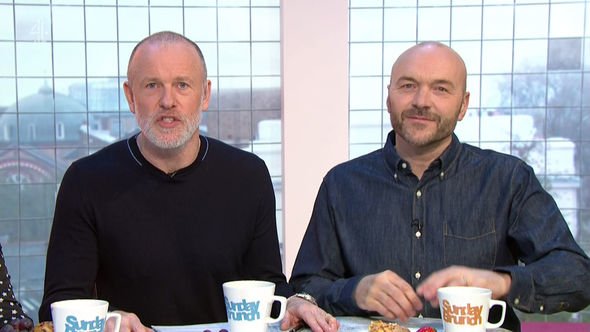 “On live TV with instruction in your ear and recipes to structure and other people talking to you.

“You need a second to reset. That’s why we do it. We’re just chefs trying to entertain like so.”

The Twitter user went on to refer to Simon’s terminology as “totally stupid” adding: “You never hear some of the better chefs saying it.

“Gordon Ramsey for one and many more that I watch.”(sic)

Laughing off the comment, the chef replied: “Ha ha ha! yes of course.”

Simon regularly interacts with his fans on the micro-blogging site.

Back in May, he had a flippant exchange with Phil Vickery and a fan, who queried which chef invented pulled pork.

They wrote: “So who invented pulled pork? @simonrim because @philvickerytv claims he invented it 20 years ago.”

Another user replied: “Good question – I think the Americans have been doing that for ages.”

Simon couldn’t help but make a cheeky comment as he added: “@philvickerytv it’s his age he can’t remember things too well these days.”

Hitting back, Phil replied: “Your not far behind [crying with laughter emoji] didn’t say I invented it just learnt to cook in North Carolina.(sic)

“Anyway the Americans have been cooking that way from early 18th century.”

The Sunday Brunch host replied: “Nah I invented it 5 years ago!!!! [crying with laughter emojis].”

Sunday Brunch continues today at 9.30am on Channel 4.

Frank Grillo Will Play Crossbones Again in Upcoming Marvel Series ‘What If…?’ on Disney+