Simone Biles opens up about the abuse in an emotional new episode of ‘Simone vs. Herself.’ Watch here.

Simone Biles opened up about her experiences as a sexual abuse survivor in the latest episode of her Facebook Watch docuseries Simone vs. Herself. The celebrated gymnast, 24, recounted the trauma in the aftermath of the abuse by former USA Gymnastics doctor Larry Nassar in the emotional July 6 episode (below) — and even tearfully recalled the moment she realized she had been abused, detailing the depression that followed.

The athlete recalled breaking down while driving along a highway. “I remember driving on the highway over here on 99, and I was like [gasps], ‘That happened to me,’” Simone said. “And I just remember breaking down and calling my mom. She told me to pull over. She’s like, ‘Can you drive?’ because I was crying so hard.” Her mom Nellie Biles recalled the phone call. “She was just hysterical. She didn’t say anything. She just cried, and we just cried together — because I knew what it was that she wanted to talk about,” Nellie said in the episode. “She didn’t have to say anything.”

The matriarch revealed that her daughter had been in “denial” about the event prior to the moment on the highway, and would often get angry whenever she tried to broach the topic with her. Whenever the topic came up, Simone said, she would respond with a “no, don’t talk to me” or “that didn’t happen to me.” Nellie eventually decided to give her daughter some space until she was ready to talk about it. When Simone confronted the truth, depression followed suit. “I was super depressed,” she said. “I didn’t want to leave my room… I kind of just shut everybody out.” 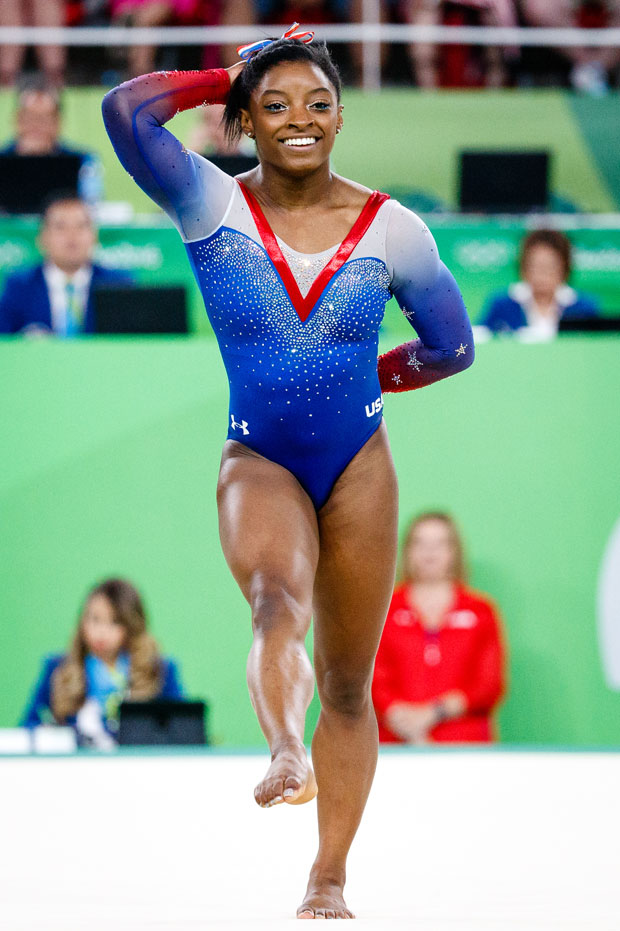 “I remember being on the phone with my agent, and telling my mom and my agent that I slept all the time,” Simone continued. “Because sleeping was better than offing myself. It was my way to escape reality. Sleeping was like the closest thing to death for me at that point, so I just slept all the time.”

Larry sexually abused over 150 women and girls during the course of his decades-long career. The convicted sex offender was sentenced to up 175 years in prison in January 2018, as well as 60 years for separate child pornography charges. A few days prior to the sentencing, Simone revealed she was also a victim of the abuse, adding her name to a list that also included Aly Raisman, Gabby Douglas, and more.

“I, too, am one of the many survivors that was sexually abused by Larry Nassar,” Simone wrote, in part, continuing, “For too long I’ve asked myself, ‘Was I too naive? Was it my fault?’ I now know the answer to those questions. No. No, it was not my fault. No, I will not and should not carry the guilt that belongs to Larry Nassar, USAG, and others.”

Justin Bieber Catches a Private Flight Out of Town with Hailey