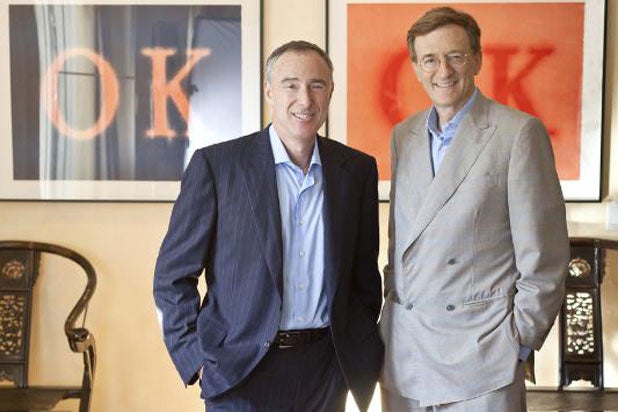 The company, which plans to list on the New York Stock Exchange, is a blank check company whose purpose is to effect a merger, capital stock exchange, asset acquisition, stock purchase, reorganization or similar business combination with one or more businesses.

Blank check companies, or acquisition companies, like Flying Eagle Acquisition essentially  give investors a way to raise money via an IPO for the sole purpose of using that money to acquire companies.

Typically when investors create an acquisition company they already have at least one acquisition target in mind, they just simply don’t disclose it.

Sloan and Sagansky’s other businesses have raised more than $2 billion for investment purposes. In December, the partners’ company Diamond Eagle Acquisition entered into a combination agreement with DraftKings, taking the sports betting giant public.

Flying Eagle’s sponsor is Eagle Equity Partners II, LLC, of which Sloan, Sagansky and Eli Baker are managing members. Sloan, who co-led five prior public acquisition vehicles with Sagansky, is the chairman and CEO of the company, while Baker serves as president and CFO.

Sloan previously was chairman and CEO of MGM from 2005 to 2009. Sagansky worked for three decades in Hollywood, including president of CBS Entertainment between 1990 and 1994, and as CEO of Paxson Communications from 1998 to 2003.

Goldman Sachs & Co. LLC and Deutsche Bank Securities Inc. are acting as the representatives of the underwriters for the offering. The Company has granted the underwriters a 45-day option to purchase up to an additional 9,000,000 units at the initial public offering price to cover over-allotments, if any.

The Real Reason Shayne Lamas Is Getting Divorced