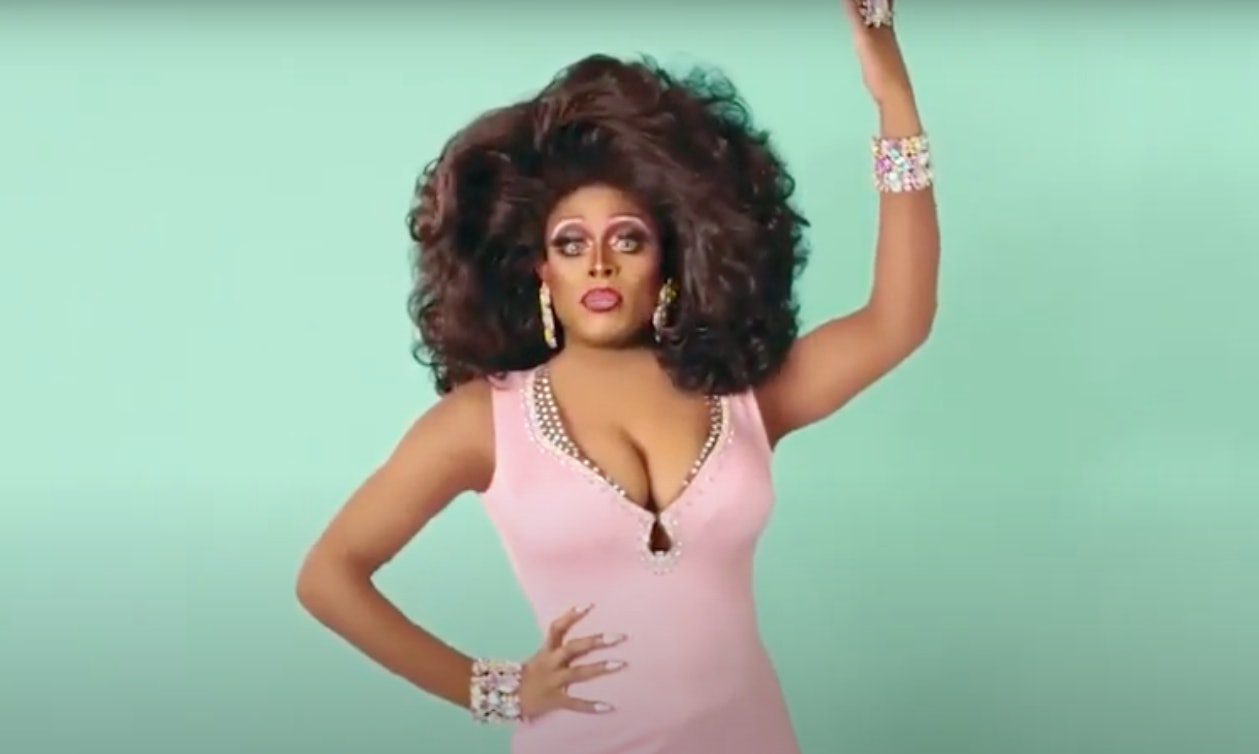 Season 13 of RuPaul’s Drag Race may have ended, but the drama is still going strong. On Saturday, May 1, Tamisha Iman sent shockwaves through the fandom by posting a lengthy Instagram video in which she all but declared war on Monet X Change. The Season 13 fan-favorite took issue with Monet’s critiques of her throughout her season, and warned that she will be reading Monet back very soon. If you’re lost, here’s what you need to know about Tamisha Iman and Monet X Change’s Drag Race drama, because it’s been brewing for a while and it’s still heating up:

Tamisha quickly became a fan-favorite when Season 13 of Drag Race kicked off at the beginning of 2021. She was already an established legend in the drag world as a decorated pageant queen and the mother of Tandi Iman Dupree, the queen known for delivering one of the most iconic lip sync numbers of all time. And on top of that, she delivered an inspiring story about fighting through cancer and continuing to slay decades into a drag career, while also serving up instantly quotable soundbites and creating a viral merch store.

Another hallmark of the Tamisha experience: She does not back down from a fight. She showed that during a memorable Untucked exchange with Kandy Muse, in which Tamisha famously called Kandy "arrogant" and a "little girl." But now that her season is over, Tamisha set her sights on a new target: All Stars 4 winner Monet X Change.

Monet co-hosts the weekly podcast Sibling Rivalry with her friend and fellow Drag Race winner Bob the Drag Queen. For Season 13, the duo launched a subsection of the pod called "Sibling Watchery," which was devoted to critiquing each new episode of Drag Race.

Because Bob became such a vocal Tamisha stan from the very start, a running gag on the podcast was that Monet wasn’t a fan of Tamisha because she was never as enthusiastic about her as Bob was. As the season progressed, Bob continually joked that Monet and Tamisha had beef whenever Monet negatively critiqued one of Tamisha’s looks or moments.

Strangely enough, the fake beef Bob joked about became real when Tamisha posted a 16-minute Instagram video on Saturday, May 1, in which she revealed that the first episode of a new show she’s launching would be devoted to brutally reading Monet. The video opened with Tamisha listening to a section of the "Sibling Watchery" review of Season 13’s reunion, in which Monet and Bob both said they were not very impressed by Tamisha’s reunion look nor by the music video she premiered during the special.

After listening to the clip, Tamisha revealed she has Monet blocked on all her social media accounts and that she will be devoting the premiere episode of a new show she’s launching on Tuesday, May 4, to criticizing Monet’s past looks, comments, and moments.

"I have sat back and I have let a lady whose best look on Drag Race was made with sponges read me, the icon," Tamisha said, referring to an infamous Monet look. "I am not petty as people think, but now that the season is over … I’m about to show y’all how to reign supreme by giving zero f*cks about what people may think about you."

Tamisha’s video quickly became the only thing any Drag Race fan could talk about, but Monet’s response to the drama was to laugh it off. She joked on Twitter that she would need to return her Tamisha Iman high-tops and posted a video on Instagram quoting Tamisha’s very apt "Phenomenon" verse before bursting into laughter.

The Sibling Rivalry YouTube page also uploaded a full compilation of every time Bob and Monet discussed Tamisha on "Sibling Watchery." The video’s description states the compilation was uploaded in light of "misinformation and clips being shared without context."

It doesn’t seem like Monet wants to engage in the drama, but she may not have a choice if Tamisha’s reads are as brutal as she’s been teasing them to be. Expect the drama to only get more heated after Tamisha’s new show premieres, presumably on her YouTube channel.

Nicki Minaj Shares Adorable First Photos of Her Son, Reveals What She Almost Named Him

Did Gigi Hadid Get Plastic Surgery?