Taylor Swift’s talents go far beyond music. The pop star’s look at the ACM Awards on Wednesday night was courtesy of … herself.

Swift — who will be performing at the awards show — did her own hair, makeup and styling for the event, ET confirms. The “Love Story” singer looked polished in a chic head-to-toe Stella McCartney ensemble, consisting of a burgundy turtleneck, tan trousers and black pumps. Swift pulled her hair into a low bun, and kept her makeup minimal. 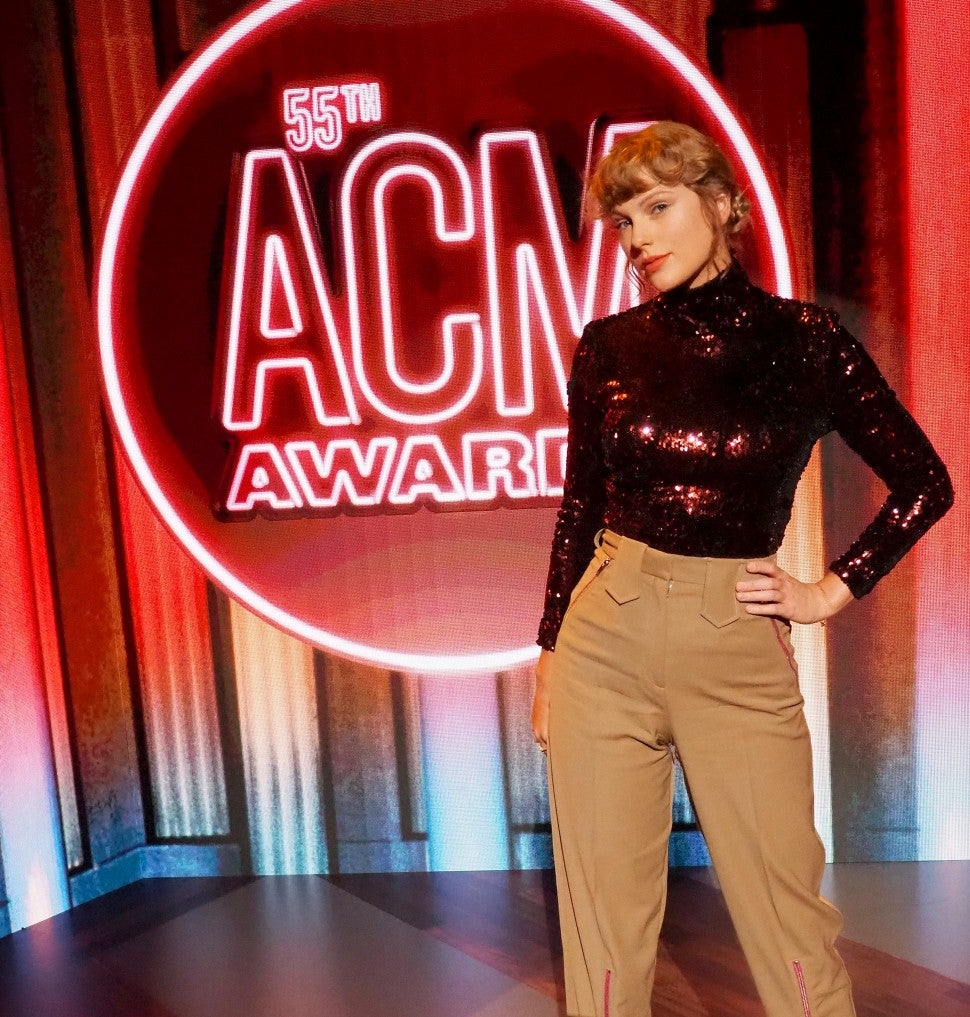 Swift is set to perform “Betty” at the ACMs, marking her first time singing at a country show in seven years, and her first performance off her new album, Folklore. She’ll take the stage at the Grand Ole Opry House — one of three legendary Nashville venues being used as a home base for the ACM Awards this year.

“Bout to show up at your party @acmawards,” Swift wrote on Twitter on Sunday, teasing her performance.

In an interview with ET earlier this week, Luke Bryan said he knew Swift would be a big highlight of the show.

“Just when I thought I was gonna have the most viewed section of the show, Taylor [Swift] announces [she’s performing],” Bryan joked. “Heck, it’s Taylor Swift. She’s such an amazing person and really set the tone on how you ought to treat your fans and how you ought to work hard in this business. So heck, I’m so excited to see her coming on the show.”

“And obviously when you look at Keith Urban hosting and Pink… I mean, that’s the beauty of this show — a lot of talented and wonderful people on the stage,” he added. “I think it’ll be a great night for country music and all music.”

Selma Blair Shares Poignant Post About MS: ‘All We Have Is Now’