Taylor Swift’s return to the ACM Awards stage was worth the wait. The nine-time ACM Award-winner gave her world premiere performance off her record-breaking new album Folklore on Wednesday, as she performed “Betty” at the awards show.

The performance marked Swift’s first at a country show in seven years, and she made her homecoming pretty sweet. Singing it out from the the Grand Ole Opry House — one of three legendary Nashville venues being used as a home base for the ACM Awards this year — Swift belted it out on stage, perched on a stool. She appeared solo, lit by spotlight in the dimmed room. 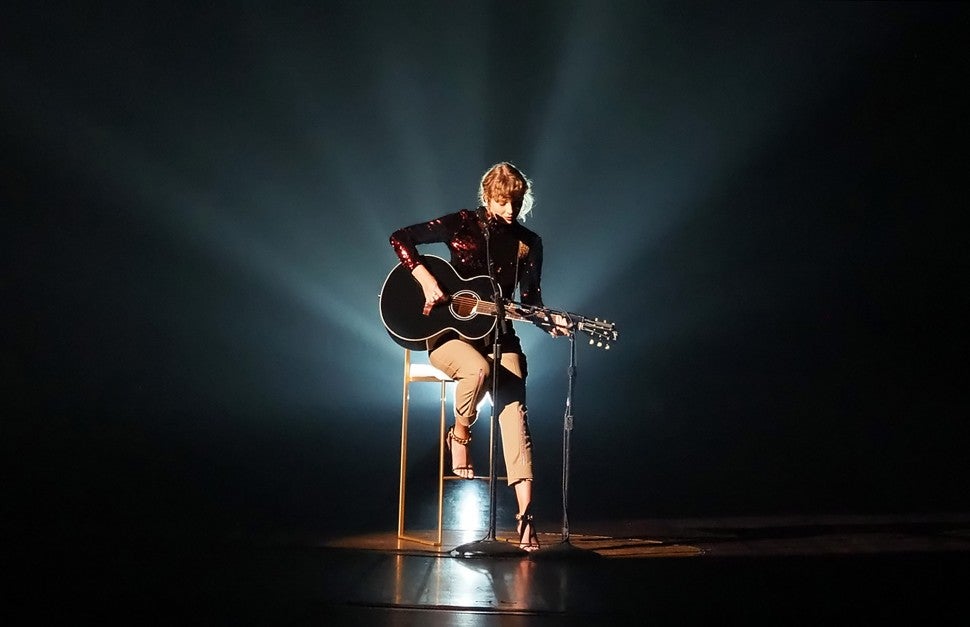 Swift — who did her own hair, makeup and styling for the event — announced her ACM Awards performance on Sunday, teasing, “Bout to show up at your party @acmawards,” on social media.

Beloved by fans for including Easter eggs in her music, Swift revealed shortly after the release of Folklore this summer, that “Betty” was named after Ryan Reynolds and Blake Lively’s third child. The names James and Inez are both mentioned in track, which are the names of Lively and Reynolds’ two oldest daughters.

“I’ve always loved that in music you can kind of slip into different identities, and you can sing from other people’s perspectives. So that’s what I did on this one,” Swift explained in a clip from Country Radio, before adding, “I named all the characters in this story after my friends’ kids.”

See more on Swift in the video below.

Colin Jost: I Was 'Depressed' When I Started 'Weekend Update' on 'SNL'