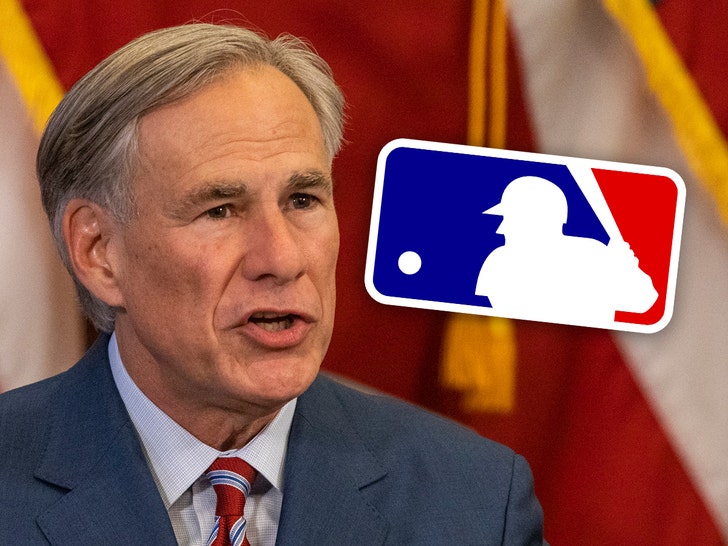 The Governor of Texas is FURIOUS with Major League Baseball for moving the All-Star Game out of Georgia … and says he’s boycotting the org. as a result.

Starting with canceling a planned appearance to throw out the 1st pitch at the Texas Rangers home opener.

Gov. Greg Abbott just penned a strongly-worded letter to Neil Leibman, the President of Baseball Operations and COO for the Texas Rangers explaining why he won’t support the league in the wake of the ASG move.

“Thank you for the invitation to throw out the first pitch at the Texas Rangers home opening game. I was looking forward to it until Major League Baseball adopted what has turned out to be a false narrative about the election law reforms in Georgia, and based, on that false narrative, moved the MLB All-Star Game from Atlanta.”

Abbott continued, “It is shameful that America’s pastime is not only being influenced by partisan political politics, but also perpetuating false political narratives.”

“I will not participate in an event held by MLB, and the state will not seek to host an All-Star Game or any other MLB special events.”

Abbott clarified that his beef is not with the Rangers — he expressed “deep respect” for the organization from “top to bottom” … but he wants to send a message to MLB.

MLB made the decision to move the game on Friday — and it’s drawn both praise and criticism from both sides of the aisle.

President Joe Biden — along with top democrats and celebs like LeBron James — have argued Georgia’s new voting law is an unnecessary obstacle intended to detour minorities from participating in elections. Biden referred to the law as “Jim Crow on steroids.”

The other side of the argument … Republicans are saying the law was created to combat voter fraud.

Inside Flip or Flop's Sudden End: Tarek El Moussa and Christina Haack Weren't "the Happiest on Set Together"