These two! Megan Fox and Machine Gun Kelly are officially back on the Midnight in the Switchgrass set in Puerto Rico — and can’t keep their hands off of each other. The couple posed with some of their costars alongside director Randall Emmett and Vanderpump Rules’ Lala Kent on Friday, July 17. 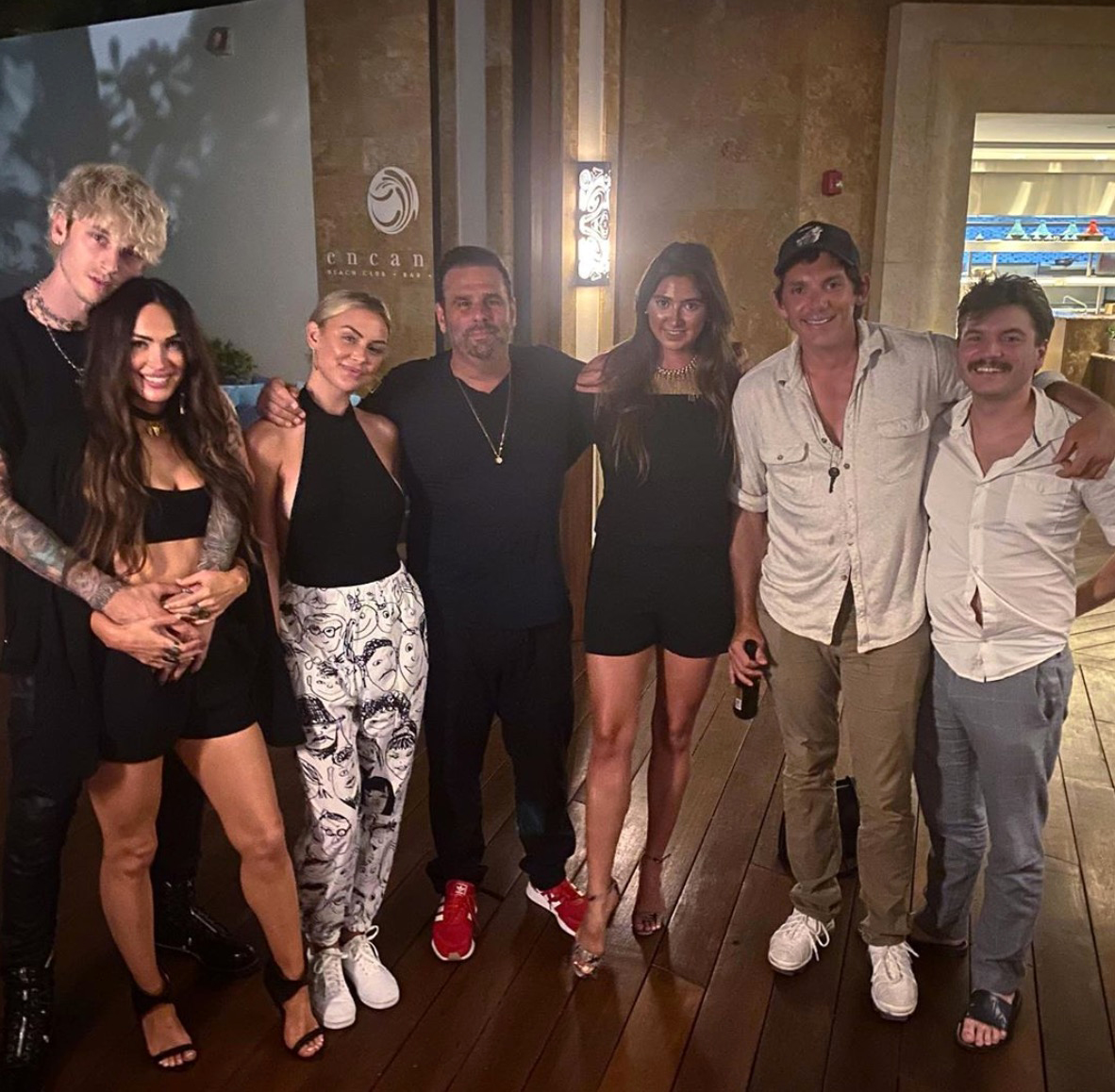 “After four months apart! Grateful to be back in #puertorico?? filming with this amazing cast! Adapting to this new world! All quarantined together! @meganfox @machinegunkelly @emilehirsch @lukashaas @madisonbigos,” Emmett, 49, captioned an Instagram photo of the group.

The two couples — who posed next to each other — were joined by actors Lukas Haas and Emile Hirsch and appeared to be out to dinner. Hirsch, 35, shared the same photo and captioned, “Four months later, the gang is quarantined together to resume shooting of Midnight In The Switchgrass in the amazing Puerto Rico.”

Fox, 34, and the rapper (real name Richard Colson Baker), 30, were spotted at LAX airport two days earlier on the way to the location. They met on set of the film in March and went public with their relationship shortly after news broke that she and Brian Austin Green split after 10 years of marriage.

Fox went on to appear in the Texas native’s music video for “Bloody Valentine,” which was released in May and featured the actress’ feet. “It’s no secret. I think feet are beautiful,” he recently told Teen Vogue. “And I think Megan has the most beautiful feet that exist.”

Green, for his part, celebrated his 47th birthday on July 15 with his and Fox’s three sons — Noah, 7, Bodhi, 6, and Journey, 3. Earlier this month, he sparked romance rumors with model Tina Louise. They were spotted holding hands during an outing in Los Angeles at Sage Vegan Bistro on July 13.

Celebrities Pay Tribute to Karl Lagerfeld After His Death