This year is Allure's 30th Anniversary, and we're celebrating by looking back at iconic moments in beauty from the past three decades. You can read more articles like this one here.

You know how they look even if you've never watched an episode of their show or seen their Instagram feeds. You've seen their aesthetic details replicated on innumerable faces around the world: the stenciled, arched brow; the baked-powder contour; the inner glow that comes from carefully charted concealer; the gradient of the neutral lip pencil, overdrawn just so, topped off with a sheer brown gloss.

For most of the past decade, makeup artists have been inundated with requests for these effects and more. In the beauty-school textbooks of the future, the 2010s will be accompanied by the faces of the Kardashian-Jenner clan, who have more than once been called "America's royal family" — which would be apt if magazines spent as much time covering the body shapes of the Windsors as they did their general comings and goings. The Kardashians are so embedded in how we consume culture that "Kim Kardashian" appears as an example search term on Google Trends, suggesting that when a person is greeted with the possibility of infinite knowledge they might first wonder what Kim is up to.

When Keeping Up With the Kardashians premiered in 2007, it was perhaps possible to simply watch the Kardashians, a family ambling through Hollywood-adjacent American life on the E! entertainment network. Thirteen content-dense years later, it's likelier you've handed them your money as well as your ire, your scorn, your admiration, your guiltless love. 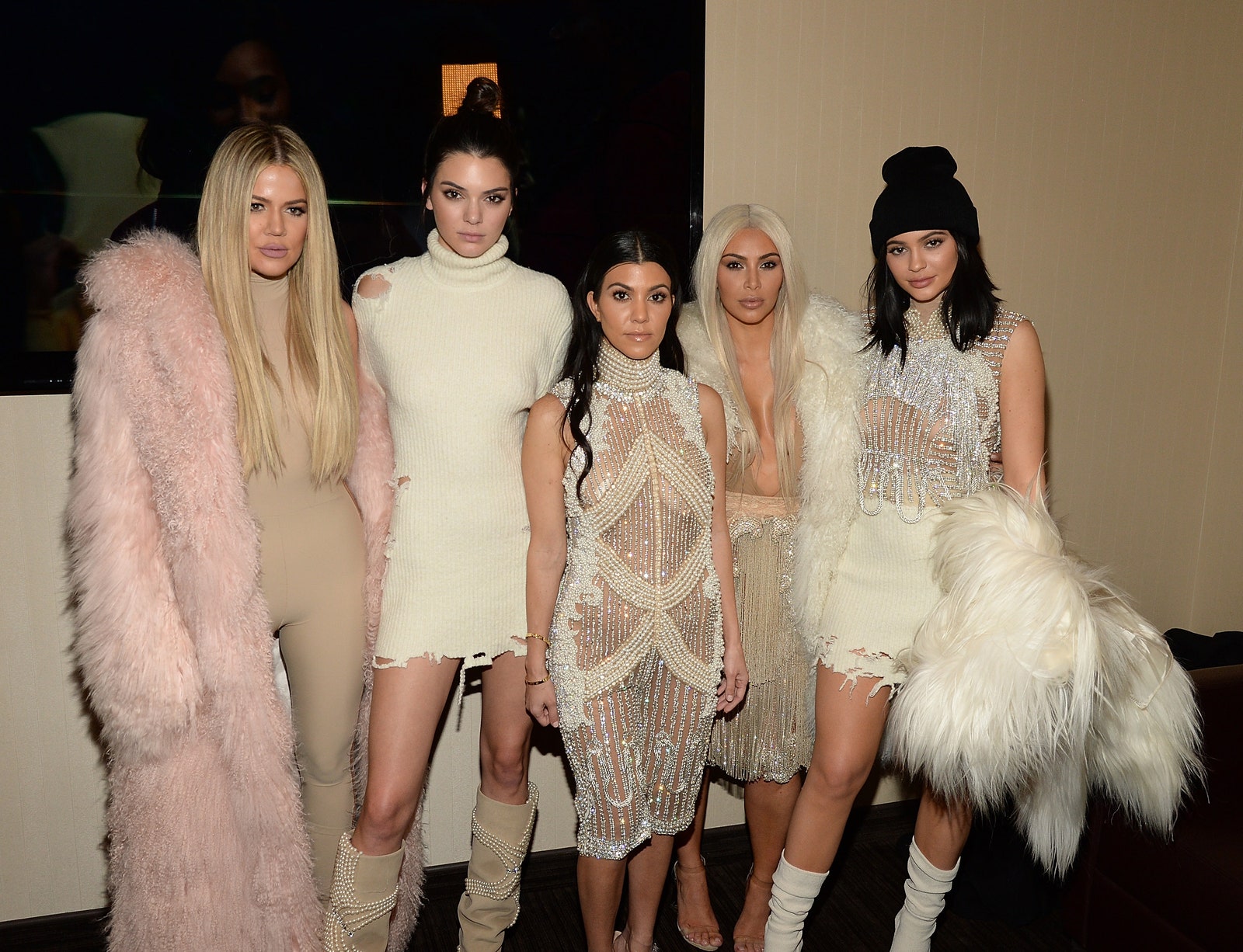 How you feel about their influence might be how you feel about class and race in America. Brunel University London held its own intellectual Kimposium to assess the famous family's impact on pop culture across the world. Lauren Michele Jackson, author of White Negroes, describes Kim as representative of American race discourse. If Kim is good at anything, she posits, it's "metachrosis," or the power of some animals to change color voluntarily. "Kim's distance from whiteness, however relative, made her a person of interest and revulsion — that is, a desirable person," she writes. "Kim's particular fame derives from a cherished place in the American racial imagination that, combined with wealth, prevents contact with the deathly effects of brownness in this country, while reaping the exoticism of not-quite-whiteness."

In one photo, Kim may look California pale, with white-blonde hair and heavy, black sunglasses. In another, she's browned enough to garner accusations of blackface and having to address that on the show. And then she wears Fulani braids, attributes the style to a white woman, and the cycle of enmity and celebrity goes on.

During the Kardashian reign, a new term was coined to describe the suddenly rampant phenomenon of racial performance on social media: blackfishing. Stemming from the racist practice of blackface, blackfishing specifically describes when people use tools like makeup, Photoshop, and cosmetic surgery that make them appear more Black. The term was coined by culture writer Wanna Thompson who, in 2018, started a viral Twitter thread of "white girls cosplaying as Black women on Instagram." The thread was retweeted almost 30,000 times; the responses were rife with Kardashian lookalikes. In an interview discussing the term and its participants, Instagram influencer Ericka Hart explained how the Kardashians' overwhelming popularity "can't be overlooked. They have been able to capitalize off Black bodies, and people will want to emulate that."

It's hard to untangle just how much of the Kardashians' influence has to do with their personal success, and how much of it has to do with having a high-profile person to platform the fetishization of Blackness in America. You can't consider their impact without analyzing how they engage in public conversations about their own bodies and race, and how they transform that conversation into a profit stream— by making it a plot point in their show and products in their beauty lines (which include, at press time, KKW Beauty and Kylie Cosmetics; Khroma Beauty is no longer with us). Makeover shows have been television's bread-and-butter for decades, but Keeping Up With the Kardashians brought that narrative of "self-improvement" into the realm of the already famous, the already beautiful. If not up to personal standards at the beginning of an episode, then transparently, publicly, the family would augment into something more by the end of it, with no budgetary barriers to prevent aesthetic hurdles from being overcome. 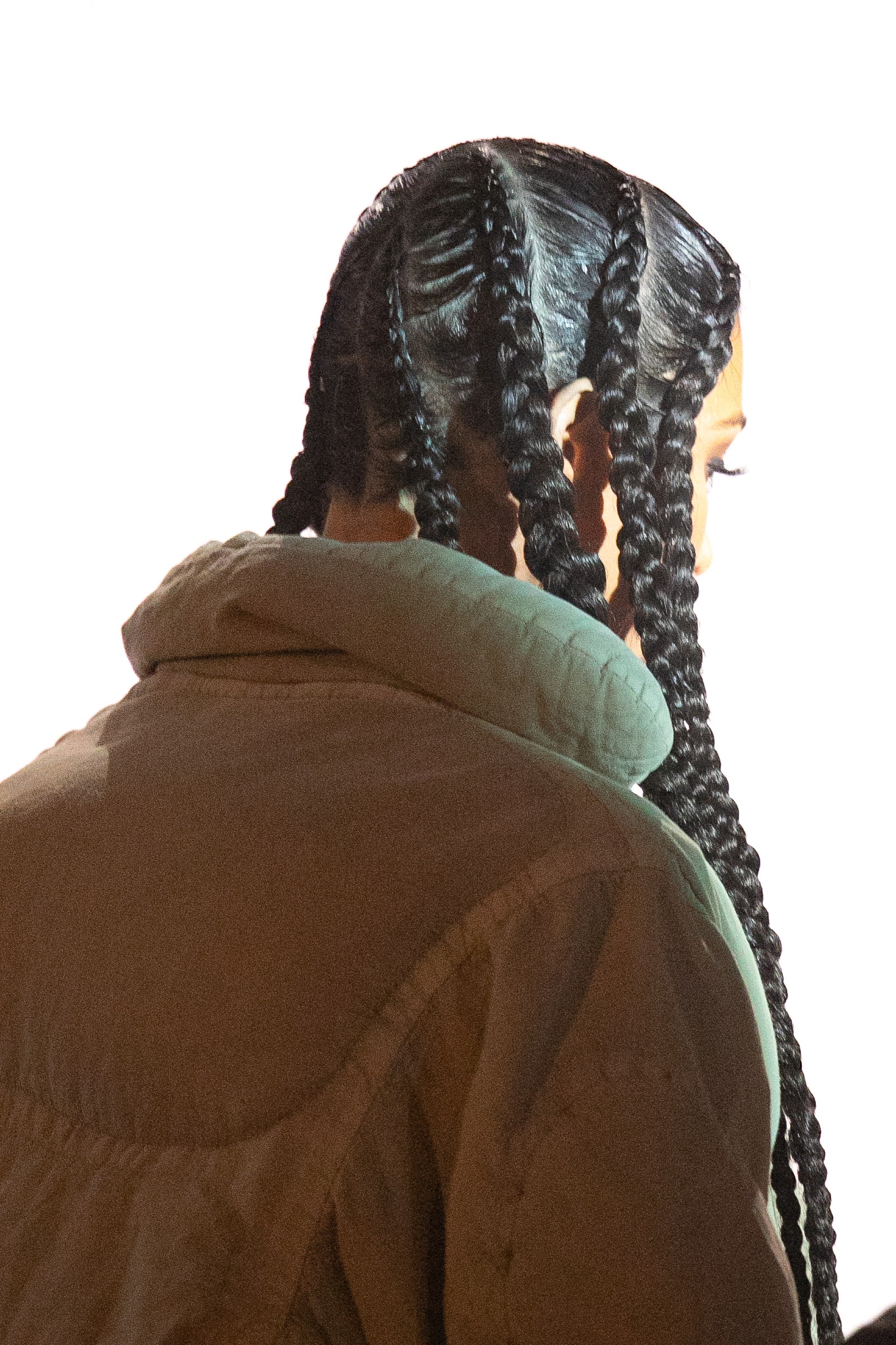 The influence of this family can be traced in plastic surgery trends, in beauty-product categories, in magazine sales, and in scholarly discussions. When Kim "broke" the internet in 2014 by recreating a controversial Jean-Paul Goude photo for the cover of Paper magazine (Goude's sig- nature involves augmenting the dimensions of his subjects to more "exotic" proportions), the obsession with her butt became inextricably linked with rising consumer interest in butt lifts. According to the American Society of Plastic Surgeons, between 2000 and 2018, such procedures increased by 256 percent.

Her littlest sisters' beauty journeys have also become aspirational blueprints — one a top model, the other a beauty executive — and lightning rods of discourse on age and proximity to cosmetic procedures. A study published in Aesthetic Plastic Surgery in 2019 that analyzed search data for specific procedures against relevant celebrity news found all-time-high interest in lip fillers, lip implants, lip injections, butt enhancements, and butt implants. One example: Following then-17-year-old Kylie Jenner’s admission of lip augmentation in 2015, searches for "lip fillers" went up 3,233 percent.

The Kardashian clan adopted social media in its earliest days as yet another means for us to effectively keep up with them. And there is an argument to be made that they planted the seeds of the now billion-dollar influencer economy, only to reap them with bigger and bigger returns. But it's perhaps a better argument to view the family as its own megacorporation, tightly engaged in the battle for American eyes and wallets.

When they drop a product name in an interview, supply levels vanish. If the product has been discontinued, as in the case of Giorgio Armani's Face Fabric foundation, it coincidentally rises from the dead after the press has been informed that the Kardashians supposedly have 20 bottles stockpiled. While the astronomical paychecks associated with their collaborations make headlines — reportedly, one social media post can net them six figures — much less is known about which posts those are. They have influence and selective transparency, and the controversy surrounding their transparency nets them even more media value than before.

It was only inevitable that each family member would begin selling what people wanted most from them: Kim's contour, Kylie's lips, Khloé's denim curves, Kourtney's vitamin regimen. Their matriarch, Kris, has been used as contemporary shorthand to describe somebody whose corporate style is superlatively ruthless. "The devil works hard," the saying goes, "but Kris Jenner works harder."

Still, for a company to grow, it must diversify (so to speak). Keeping Up’s final episodes air in 2021, leaving a sizable dent in their media empire once it's all over. The questions of their future remain: What will they build? What will they plunder? And most notably: Will the masses continue to care?

Michelle Money: I Don’t Regret Being a Bachelor Villain!