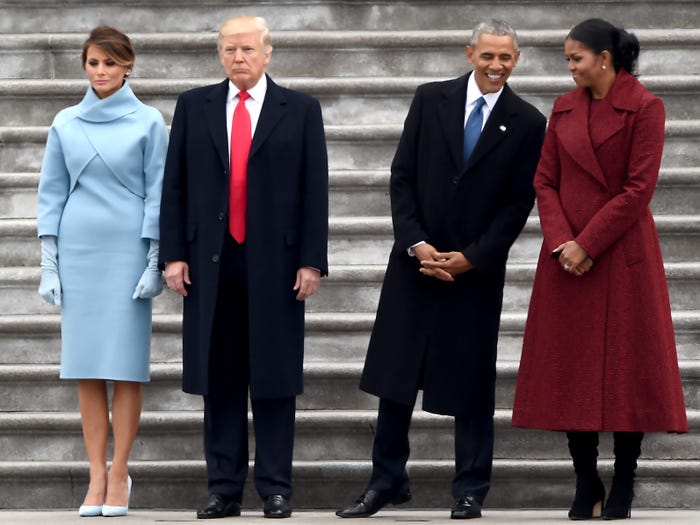 Barack and Michelle Obama are set to produce a new Netflix comedy series based on the "chaos", which ensued when Donald Trump became US president in 2016.

Called "The G Word," the series is due to start filming in early 2021 and is based on Michael Lewis' book "The Fifth Risk," the rights to which the Obamas bought in 2018, according to Deadline.

"The Fifth Risk" is a non-fiction book that examines "the Trump administration's botched presidential transition," as per Goodreads.

"The G Word" is set to be part-documentary, part-sketch comedy. It will pull back the curtain on government, examining whether it is "a dirty word or a trusted institution," according to Deadline.

Comedian Adam Conover will host the show, tweeting: "Very happy to finally be able to share this news: I'm creating a new comedy series for Netflix about the federal government. It's called The G Word, and I can't wait to share it with you."

The Obamas and their company Higher Ground Productions signed a multimillion dollar deal with Netflix in 2018. The first of their projects, "American Factory,"won the Oscar for best documentary feature in 2020, Business Insider reported.

This isn't the first time Lewis' books have been adapted for screen – he's also the author behind the critically acclaimed "The Big Short" and "Moneyball", among others.