Season 4 of “Siesta Key” has already served up some seriously dramatic moments, from Juliette Porter slapping Kelsey Owens to Cara Geswelli tagging along on the group’s trip, much to the dismay of, well, pretty much everybody. But one of the biggest surprises so far was OG cast member Chloe Trautman’s announcement that she wouldn’t be returning to “Siesta Key,” marking the end of an era. Throughout the show’s four seasons, Kelsey and Chloe have never really seen eye to eye for myriad reasons. So it’s no surprise that Kelsey wasn’t completely convinced by Chloe’s declaration that she’d turned over a new leaf, for approximately the millionth time.

Kelsey, who recently launched her swimwear line By Kelsey Owens, told Nicki Swift of Chloe, “I don’t think we’ve ever been super close.” She explained, “I would say I think both of us have kind of had tension with one another, but I 100% am proud of her. And I think being on the show together, it’s something that no one else can relate to but this group of us, so I definitely do treasure her in that way.”

Nicki Swift sat down with Kelsey Owens to get all the gossip on Season 4 of “Siesta Key,” and to find out why the model and designer was so skeptical about Chloe Trautman’s transformation.

Kelsey has some thoughts on Chloe's latest announcement 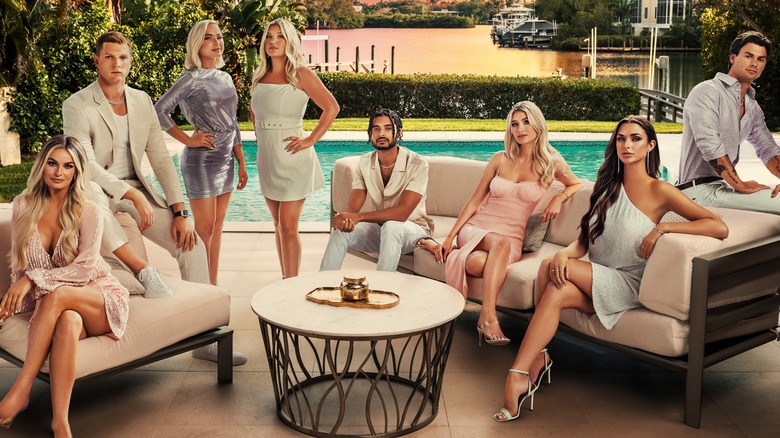 “Siesta Key” stars Kelsey Owens and Chloe Trautman have never really gotten along, and viewers have watched plenty of drama play out between the pair for years. Perhaps understandably, Kelsey was somewhat suspicious when Chloe announced her decision to leave the MTV reality series, following a spiritual awakening of sorts. “I was very skeptical, because a lot of times in the past Chloe will act a certain way or go through phases, and they’ll kind of come and fade,” Kelsey revealed to Nicki Swift. “But over time, this is something that’s stuck way longer and she’s taken a lot more seriously than in the past.”

In fact, Kelsey even has some admiration for Chloe for following her own path. “I’m proud of her in that sense,” Kelsey explained, “and I think, kind of going into the season, she was very headstrong on how everything had to be, and she wouldn’t drink and she wouldn’t date and all this stuff. And then over time, I think she’s kind of loosened up and then gotten a happy medium. So, through that balance, it’s way more something I see that she can maintain, so I’m glad about that.”

While it’s unlikely that Kelsey Owens and Chloe Trautman will ever be the best of friends, it seems that they may have finally reached a truce.

Catch all the drama of “Siesta Key” Season 4 on MTV on Wednesdays at 8/7c.