Art Metrano, who was famous in the ’80s for his role as Lt. (and then Capt. and Cmdt.) Ernie Mauser in the “Police Academy” movies, died at 84 years old on September 8, according to The Hollywood Reporter. Metrano leaves behind both his wife, Jamie, and his former wife, Rebecca, as well as his children: sons Harry and Howard and daughters Zoe and Roxanne. Metrano also had multiple grandchildren and great-grandchildren.

Metrano’s family released a statement obtained by The Hollywood Reporter following the news, saying, “Art would want all of his friends and family to continue to smile when they think of him and to laugh and continue on celebrating life.” The actor’s son, Harry, told THR that the star died of natural causes while at home in Aventura, Florida.

In light of Metrano’s death, his fans are looking back at his life both on and off-screen. Read on as we do the same. 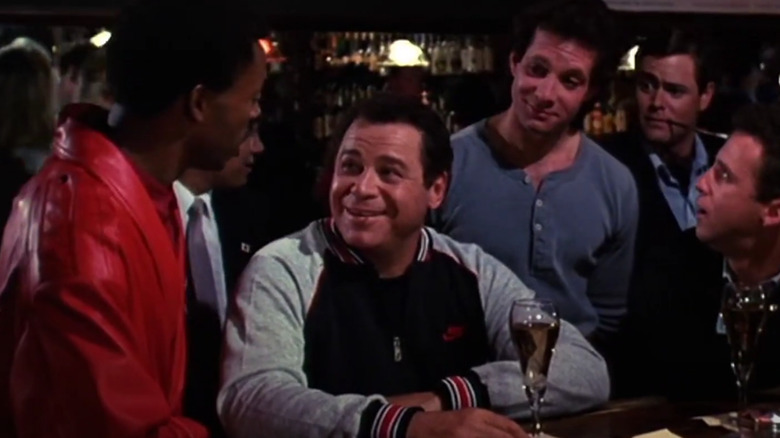 Art Metrano was born in Bensonhurst, Brooklyn, on September 22, 1936, according to IMDb. Growing up and going into show business, he not only appeared in “Police Academy 2” and “Police Academy 3,” but he also played Uncle Rico Mastorelli on “Joanie Loves Chachi.” Beyond that, he popped up on shows like “Punky Brewster,” “The Golden Girls,” and “Chicago Hope,” just to name a few.

However, The Hollywood Reporter notes that in 1989, Metrano experienced an accident when he landed on his head after falling from a ladder. As a result, he fractured multiple vertebrae which left him a quadriplegic. He eventually returned to work for a show called “Metrano’s Accidental Comedy.” His son commented on his father’s injury and subsequent journey, saying to THR, “He was at the peak of his career when that happened, and then it just stopped. But he managed to enjoy life and overcome adversity.”

As for Metrano, he told the South Florida Sun-Sentinel in 2001, “I’m just trying to tell people that life goes on.” He added, “I’ve got a story to tell.” We’re sure that both he and his audiences were happy that he got that chance.

Our condolences go out to Metrano’s family, friends, and fans.