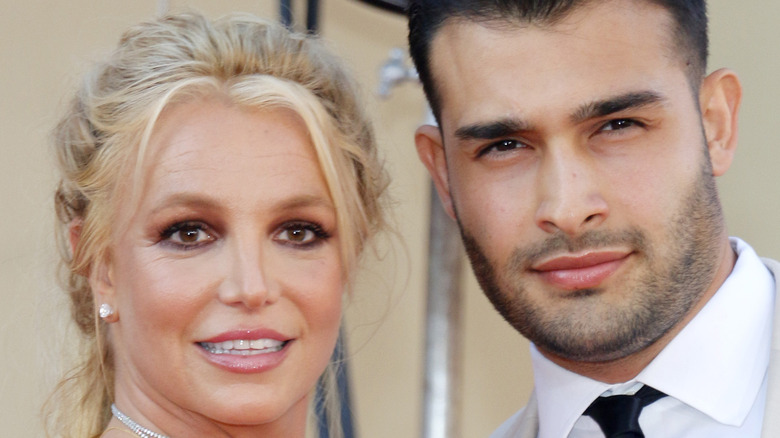 It’s official: Britney Spears and Sam Asghari are finally engaged after five years, and there’s a video to prove it! On September 12, Asghari popped the question in Spears’ home. The pop star posted a video to her Instagram account flashing her brand new diamond ring to the camera with her new fiance standing by her side.

The ring features a 4-carat, round, solitaire diamond ring in a four-prong setting with a classic gold band. According to Page Six, Asghari had his nickname for Spears – “lioness” – engraved on the inside of the band. “Look at that. Do you like it?” Asghari asks in the video. “Yes!” Spears exclaims.

Page Six also notes that the ring was designed by Roman Malayev, Forever Diamonds NY Founder and Master Jeweler. “Every designer I spoke with about the ring was amazing with great ideas, but I just clicked with Roman,” Asghari explained. “We really connected on the design and he was as excited as I was to make it special. That’s why I chose him.” But why did it take so long for Spears and Asghari to get engaged?

The reason Britney and Sam held off their engagement 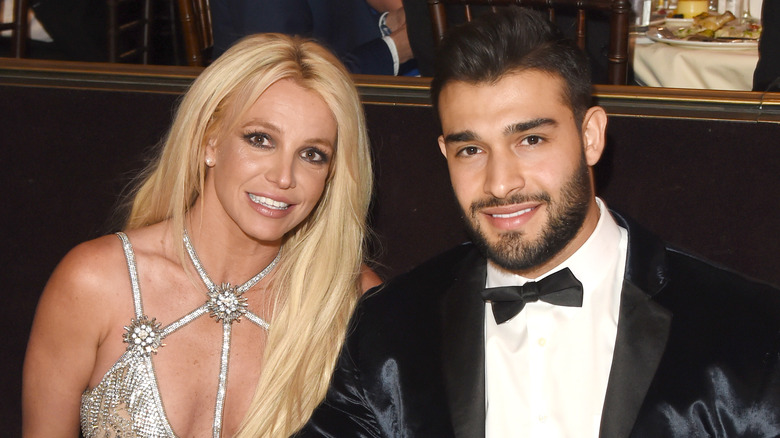 As explained by People, Britney Spears and Sam Asghari delayed taking the next step in their relationship because of Spears’ 13-year-long conservatorship. The 39-year-old superstar made her intentions clear in her testimony from her June 23 conservatorship hearing in Los Angeles.

In her statement, she said that she was ready to marry and have children with the 27-year-old fitness expert. However, Spears claimed that the complicated conservatorship denied her a free life with Asghari and stopped her from having an IUD removed, via People.

“Even though they have wanted to take the next step for a while now, Britney and Sam know it would be so much easier to do if she weren’t under the restraints she’s under,” a source told Page Six at the beginning of September. Fortunately, things seem to be changing for the better. Spears was able to hire a new lawyer in late July, and her father Jamie recently agreed to step down as conservator, per NPR. These could very well be the reasons that Spears and Asghari finally decided to make things a little more official.