In fact, he lived to the age of 64, and the two brothers were incredibly close. They loved to share bike rides, exploring the countryside near the sheltered community where Martin lived. At the time of his brother’s death, the veteran star of children’s TV had been planning a 2,500-mile charity cycle ride to raise awareness of mental health issues. He’d been due to set off just two days’ after Martin’s funeral.

Timmy could be forgiven for rethinking his plans, but instead he chose to use the journey, along the Camino de Santiago pilgrims’ route, as a way to process his loss and as a tribute to his brother.

“The ride had been planned for a long time before Martin died,” he says. “But as a celebration ride and not a grief ride. I knew that I was going to carry him in my heart.”

And to keep his memory alive, Timmy has written a memoir, charting the journey.

“There’s not a day goes by when I don’t think about him,” admits Timmy, 65. “He was a truly special person.

“Martin’s difficulties never stopped him engaging with everybody he met. He spent many years living in a self-help community outside Aberdeen, and we would often cycle along the Deeside Railway line, which made the challenge feel even more special.

“I was on the road for two months on a journey that took me through France and Spain and I took him with me every mile of the journey, in my heart and in my memories. He was the best brother ever. 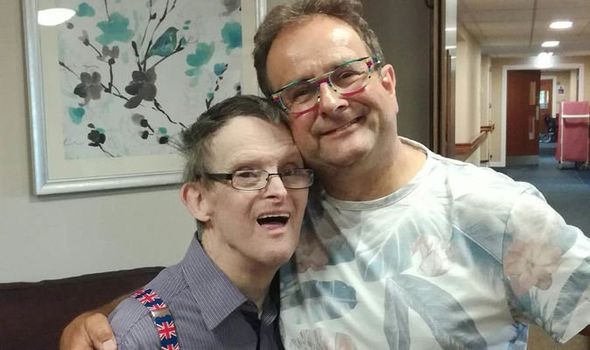 “When he was born, our mother was frightened, but he demonstrated that Down’s Syndrome is not a curse. He lit up so many people’s lives.

“He was told he would be lucky to reach his teens or his twenties. But incredibly he made it to 64, which is still too short.

“But it was a life richly lived and, as the doctor at his birth said to our tearful mum, ‘He’ll bring his own welcome’.”

That prediction proved to be true, says Timmy. “When Martin lived in the self-help community, they took him to their hearts.

“He became a baker and he joined the local church where he rang the bells and there was this wonderful warmth between him and the people there.

“In his final years, he wasn’t very well and it was incredibly tough watching him gradually succumb to dementia, but I was always so grateful for the wonderful care and attention he had at the care home in Aberdeen.”

Timmy first found fame in the mid-80s, as a presenter on TV-am’s Saturday morning children’s show the Wide-Awake Club.

Renowned for his loud shirts and outlandish glasses, he was also the face of Wacaday and presided over his game Mallet’s Mallet, where unsuccessful contestants would get a bash on the head with his foam Pinky Punky Mallet.

The game led to a few of his well-known catchphrases such as Utterly Brilliant (the title of his memoirs) and Blaaah! After the channel closed, he continued to pop up on various TV shows, most memorably on the 2008 I’m A Celebrity Get Me Out Of Here!

With the new series just launched in a Welsh castle, Timmy recalls how he was the fourth celebrity to leave after losing a Bush-tucker trial to former policeman Brian Paddick.

As a vegetarian, he struggled when he was expected to consume cockroaches, mealworms and beetles.

“Now I can laugh at the whole experience but at the time I was thinking, ‘this feels like I’m being made to feel more uncomfortable than I should.’ I’ve tried to erase it from my memory,” he says.

“It’s 12 years since I left the actual jungle and do you know what – I’ve never watched the series back.” Although Martin enjoyed it, at first. 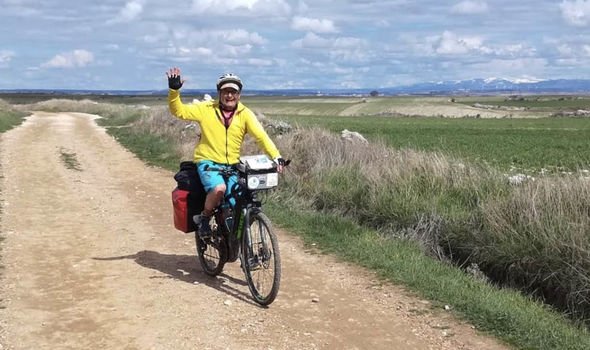 “I was covered in goopy stuff, which he saw as good fun. In the Critter Chaos challenge, I had 50,000 bugs including cockroaches, mealworms, crickets, stick insects poured into a coffin. I can still remember the rotting smell.

“But Martin was a little uncertain with the way that people reacted to one another. There is an awful lot of tension in the jungle experience.”

Timmy recalls how he was constantly ridiculed by fellow jungle campmates including TV presenter Robert Kilroy-Silk, who called him an “irritating little sh*t”.

“The difficulty is when people start shouting. It can be intimidating when other campmates come up directly to your face. But I am comfortable with who I am. Ultimately you are rammed together with people who have sensitive egos and are a little uncomfortable with each other.

“I didn’t stay in touch with any of them. I think the challenge this time will be how the contestants cope in the cold and damp. Someone like Shane Richie will have a ball with it because he loves camping and the outdoors.

“Whatever happens, I don’t think we’ll be seeing the celebrities strip off like we did in the Jungle. After my critter challenge, I had so many bugs in my shorts I stripped off to show a blue and white pair of flowery bathing trunks.” 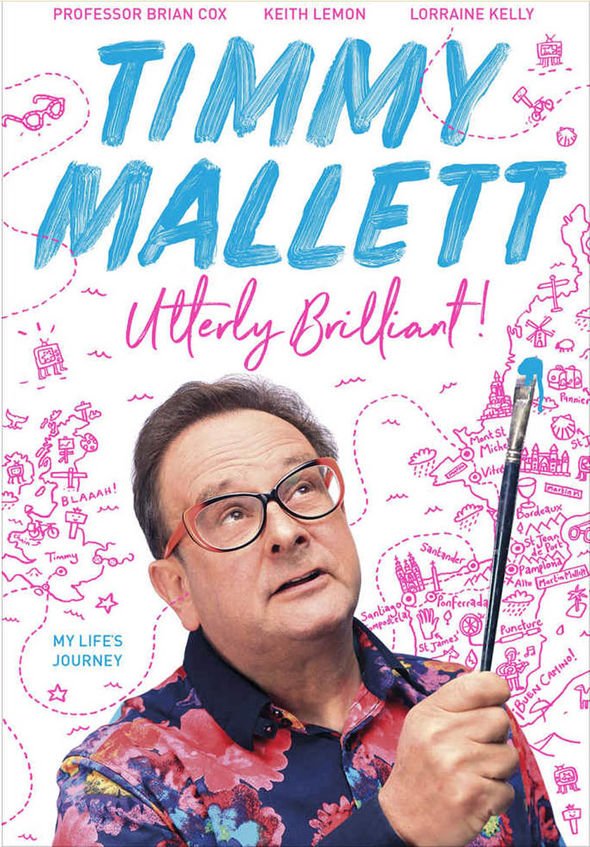 But then, Timmy has always been a vibrant character, and is a keen artist with a taste for colourful painting. It’s something that played a huge part in his 2018 journey along the Camino trail.

He paints every day and holds live sessions on Facebook. “I’ve always loved art and that was the reason for taking the paints with me when I cycled the Camino. It was such a personal journey and I stopped whenever I felt like it to paint.

“Sometimes I would take a snapshot, a photo or a little sketch, and then I would work something up in my accommodation that night. I’d be sitting there after dinner, doing some painting.

“I must have done about 150 paintings but I wasn’t able to carry them all on my journey.”

“I had A2 size paper and art boards and I was carrying about 50 of those in a bag on the back of the bike panniers. But I had way too many and Lorraine and her husband, who were heading down to the south of Spain on holiday, found me somewhere in the lower part of France. 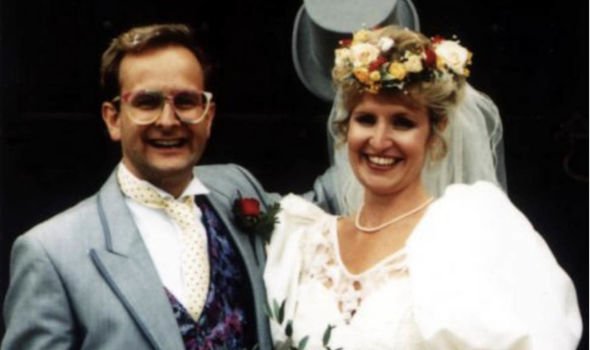 “They bought some paints and boards and Lorraine drove to help Timmy and took away some of the finished ones. Lorraine was a great encouragement. It was lovely that she had gone out of her way across Europe to just see me and say, ‘Are you doing okay?’

“It made me realise that however far you are from home, you are never far away from your pals.

“But we go back together from our TV-am days and it’s been a good friendship. You have to work at friendships – they’re important.”

The affection clearly runs both ways. In a review for Timmy’s memoir, Lorraine has written: “This is a journey brimming with love and laughter, that’s also deeply moving. Timmy’s glass isn’t just half full, it’s positively overflowing!”

His other biggest fan is Mrs Mallett. In September he and Lynda celebrated 30 years of marriage.

“I was introduced to her via her brother, who was a good friend,” he recalls. “I was in Australia filming for TV-am in 1988 and when I came home, she followed with all these suitcases and said, ‘I’ll see how it goes and she’s still here.’

“She had to get used to me dashing around the country filming, and it took a bit of patience but, God bless her, she stuck at it. Our wedding day was just the best. 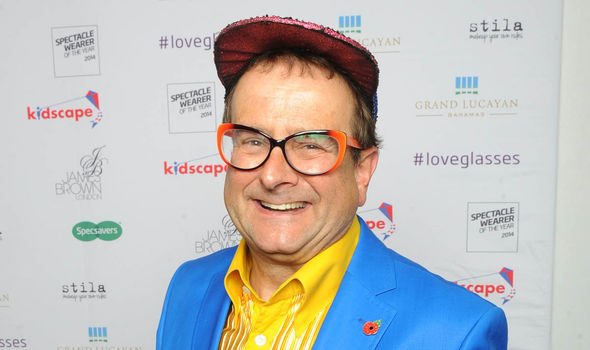 My single Itsy Bitsy Teenie Weenie Yellow Polkadot Bikini was at No.1. Martin was very keen on it and the organist played it as myself and Mrs Mallett walked down the aisle.

“But somehow fans got into the church. Martin was handing out the order of service sheets and they were coming up to me at the front asking if I would sign it and I was like, ‘Hang on, this is my wedding day. You’re not supposed to be here.’ And they were like, ‘Well that bloke gave us the order sheet!’

“But Martin really did make the occasion. I wish he’d been here for our 30th anniversary.

“We went back to see the church where we’d got married in Wye in Kent. The reception was at Chilham Castle and we went there too.

“We took the wedding album to see how it had changed but the statue that me, my dad and Chris Evans posed with was still there.

“It was lovely to be reminded of it because your wedding day is the best day in your life, isn’t it?”

To order your copy with free UK delivery, please call The Express Bookshop of 01872 562310 or order online at www.expressbookshop.co.uk

Chris Brown Tries to Resolve Ex-Manager Lawsuit Out of Court

Fact-Checking The Crown: How Much of Season 4 Is True — and How Much Is Fiction?

June Spencer: The Archers call for Peggy star to be made a Dame as she speaks of future