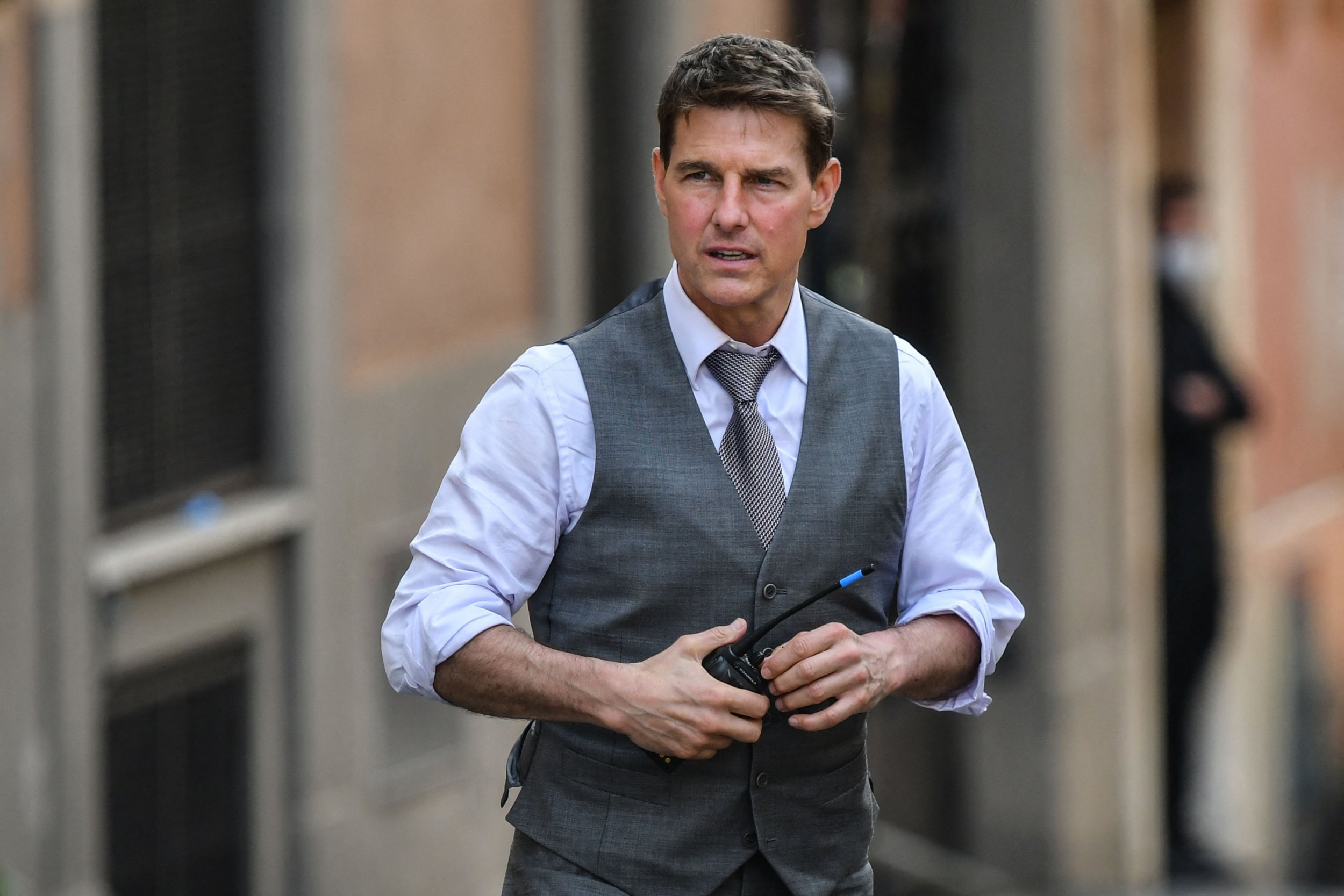 A BMW owned by Tom Cruise’s bodyguard was dumped behind a takeaway restaurant after being stolen, it has been claimed.

The actor has been in the UK to film for the upcoming Mission: Impossible 7 blockbuster, and has been spotted shooting scenes in Birmingham this week.

The 59-year-old reportedly had thousands of pounds of luggage in his bodyguard’s £100,000 car when it was taken from outside a hotel in the city, on Tuesday.

Video footage obtained by the Sun shows the vehicle being dumped in Smethwick, at 9.13am, behind a row of takeaways.

Pictures from the CCTV cameras showed the car being driven into a car park, with a man shown getting out of the passenger door.

As another man enters the car park to speak to him, a woman is seen leaving the driver’s side before they walk off together.

‘It was Tom Cruise’s driver’s car,’ a store worker told the publication. ‘It’s incredible. How did it end up here?

‘I believe his bodyguard came down here and started to speak about it. He was asking questions.

‘People were shocked when Cruise’s bodyguard turned up asking what was happening.

‘They must have found out it was here. It’s Tom Cruise — it doesn’t get much bigger.’

Thieves are said to have used a scanner to get into the BMW by cloning the signal from the keyless ignition fob as it was parked outside a Birmingham hotel.

The bodyguard in charge of Tom’s security reportedly found the vehicle missing early on Tuesday morning.

Police are currently enquiring into the incident.

West Midlands Police told Metro.co.uk in a statement: ‘We received a report of a BMW X7 stolen from Church Street, Birmingham in the early hours of Tuesday morning (24 August).