Tom Hanks and Rita Wilson’s blood will be used by medical researchers who are developing a vaccine for coronavirus after they won their battle with the illness.

The beloved actor joked about the creation of a ‘Hank-ccine’ while appearing on NPR’s Wait Wait… Don’t Tell Me! over the weekend.

The married couple were among the first high-profile individuals to contract COVID-19 – which infects the respiratory system and can be fatal – and they fell ill whilst in Australia where Tom Hanks was making his new movie, Baz Luhrmann’s upcoming Elvis Presley biopic. 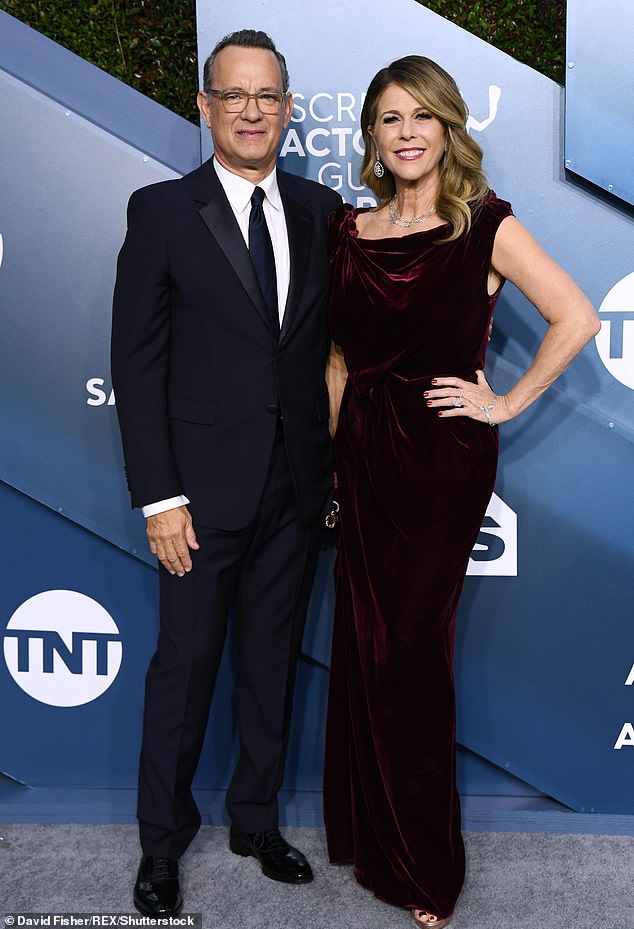 ‘Hank-ccine’: Tom Hanks and Rita Wilson’s blood will be used by medical researchers who are developing a vaccine for coronavirus after they won their battle with the illness. The couple are seen in January 2020 above

After going public with their diagnosis and keeping fans updated on their condition whilst in isolation Down Under, they made a full recovery and were allowed to return to their home in Los Angeles.

Upon arriving back in the US, Tom, 63, and Rita, 63, enrolled in a medical study to determine if their antibodies would be useful for scientists working on developing a vaccine.

Now the Saving Private Ryan star has revealed that they have been approved to donate blood because they do ‘carry the antibodies’.

Tom hopes if his and his wife’s blood proves to be useful in the fight against coronavirus and has joked he’s responsible for the creation of a ‘Hank-ccine’. 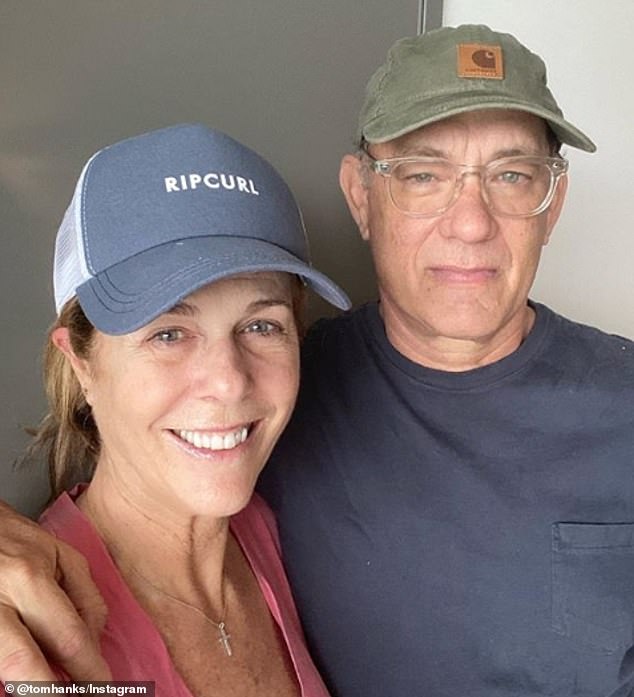 Under the weather down under: The married couple were among the first high-profile individuals to contract COVID-19 and they fell ill whilst in Australia where Tom Hanks was making his new movie, Baz Luhrmann’s upcoming Elvis Presley biopic 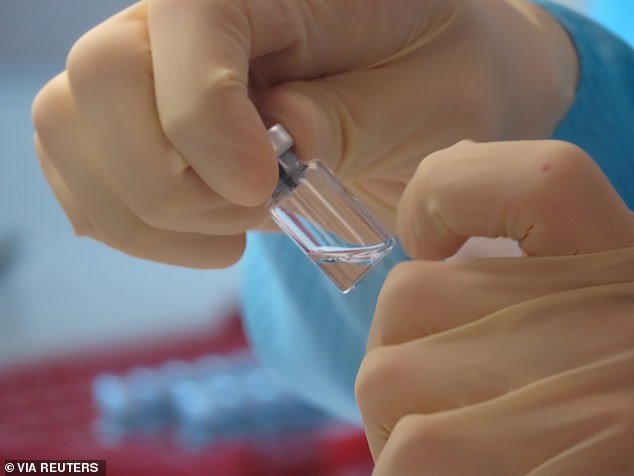 Antibodies: Upon arriving back in the US, Tom, 63, and Rita, 63, enrolled in a medical study to determine if their antibodies would be useful for scientists working on developing a vaccine

On the public radio game show he said: ‘We just found out that we do carry the antibodies.

WHAT ARE THE CORONAVIRUS SYMPTOMS?

The virus, called COVID-19, is transmitted from person to person via droplets when an infected person breathes out, coughs or sneezes.

It can also spread via contaminated surfaces such as door handles or railings.

Coronavirus infections have a wide range of symptoms, including fever, coughing, shortness of breath and breathing difficulties.

Mild cases can cause cold-like symptoms including a sore throat, headache, fever, cough or trouble breathing.

Symptoms may appear 2-14 days after exposure.

‘We have not only been approached; we have said, do you want our blood? Can we give plasma? And, in fact, we will be giving it now to the places that hope to work on what I would like to call the Hank-ccine.’

The Forrest Gump actor previously revealed that his producer-and-actress wife Rita suffered much worse coronavirus symptoms than he did and he was concerned for her health.

He said: ‘Rita went through a tougher time than I did. She had a much-higher fever and she had some other symptoms.

‘She lost her sense of taste and smell. She got absolutely no joy from food for a better part of three weeks. She was so nauseous, she had to crawl on the floor from the bed to the facilities. It lasted a while.’

Now that Tom and Rita are back on their feet, their using their energy to advocate for mail-in voting.

‘We as Americans and as voters should be able to request the options that work for us,’ Wilson said. ‘We don’t want to have to risk our health or our vote. So to make that easy, mail-in ballot, absentee ballot, I think that’s a really great compromise.’

The Oscar-winning actor then thanked essential workers during the current public health crisis. 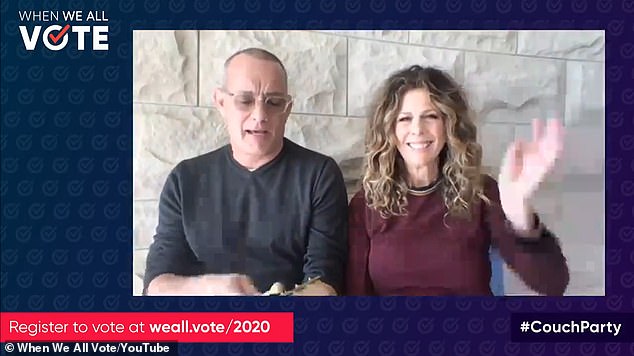 The virtual parties began in late March and often include celebrity endorsement. On Monday night, Tom Hanks and Rita Wilson took part in the livestream broadcast

‘We can wash our hands, we can responsibly social distance, we can wear the masks,’ Hanks said. ‘We can do these things. Some of it is literally the least we can do. But the most we can do is give some props and some credit to all those people who are out there: first responders, delivery people, shelve stockers, food folks. Everybody that’s working on food banks all around the country in order to keep us all moving.’

‘In November, we need to have every voice heard,’ Wilson said. ‘It’s important.’

‘As Michelle [Obama] once said, democracy moved forward, man. It’s always on the march,’ Hanks added. ‘And that means we gotta join the parade.’

Kelly Clarkson Fangirls Hard Over Paul Wesley On Her Show: ‘What Up Stefan?’ – Watch