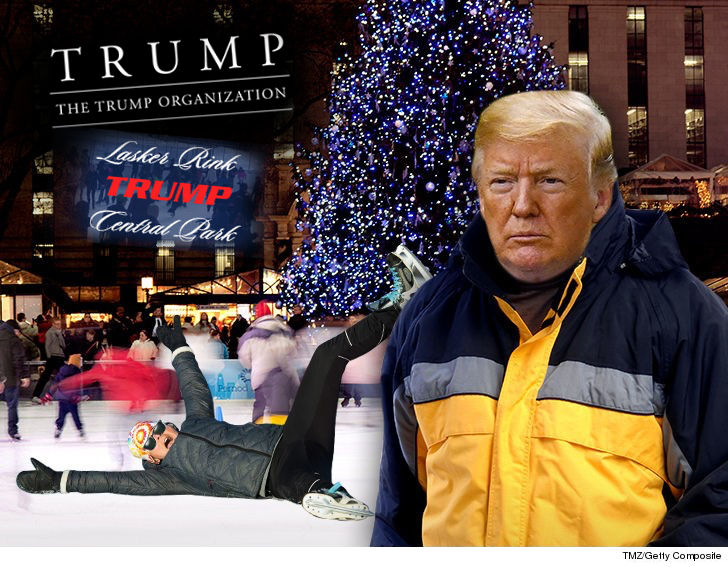 The Trump Organization‘s got legal trouble unrelated to Robert Mueller … this time it’s a guy pissed off about an ice skating rink he considers a virtual death trap.

Philip Kassai is suing President Trump‘s organization over the Lasker Rink it operates in Central Park. According to Kassai’s attorney, Marc Freund, his client was injured during a March skate outing with his 9-year-old son. After just one lap, he claims he noticed the rink had dangerous areas of slush, crevices and bumps.

As he was leaving the ice, his skate got caught in a crevice, he fell and dislocated and fractured his shoulder … according to Freund. He says the injury still hasn’t fully healed. According to the suit, filed by Freund’s firm Lipsig, Shapey, Manus & Moverman … Kassai wants Trump’s co. to fork over damages for negligence in properly inspecting and maintaining the ice rink.

We’ve reached out to the Trump Organization but, so far, no word back.

Halle Berry, 54, Wears High-Slit, Backless Dress To Lounge In Her Backyard: Anything But ‘Mediocre’

Senate candidate Herschel Walker doesnt believe in evolution: why are there still apes?