Telling his story. Val Kilmer gave fans an intimate look into his life and career, including his battle with throat cancer in the first trailer for the upcoming Amazon Prime Video documentary, Val.

“My name is Val Kilmer. I’m an actor,” the 61-year-old star says in the clip, which was released on Tuesday, July 6. “I’ve lived a magical life and I’ve captured quite a bit of it.”

The Doors actor shared glimpses of his life on movie sets, including Tombstone and Top Gun, in addition to snippets from his childhood and personal life.

“I was the first guy I knew to own a video camera. I have thousands of hours of video tapes and film reels that I’ve shot through my life and career,” he says, before a young Kevin Bacon comes on the screen, saying, “That’s really cool, Val.” 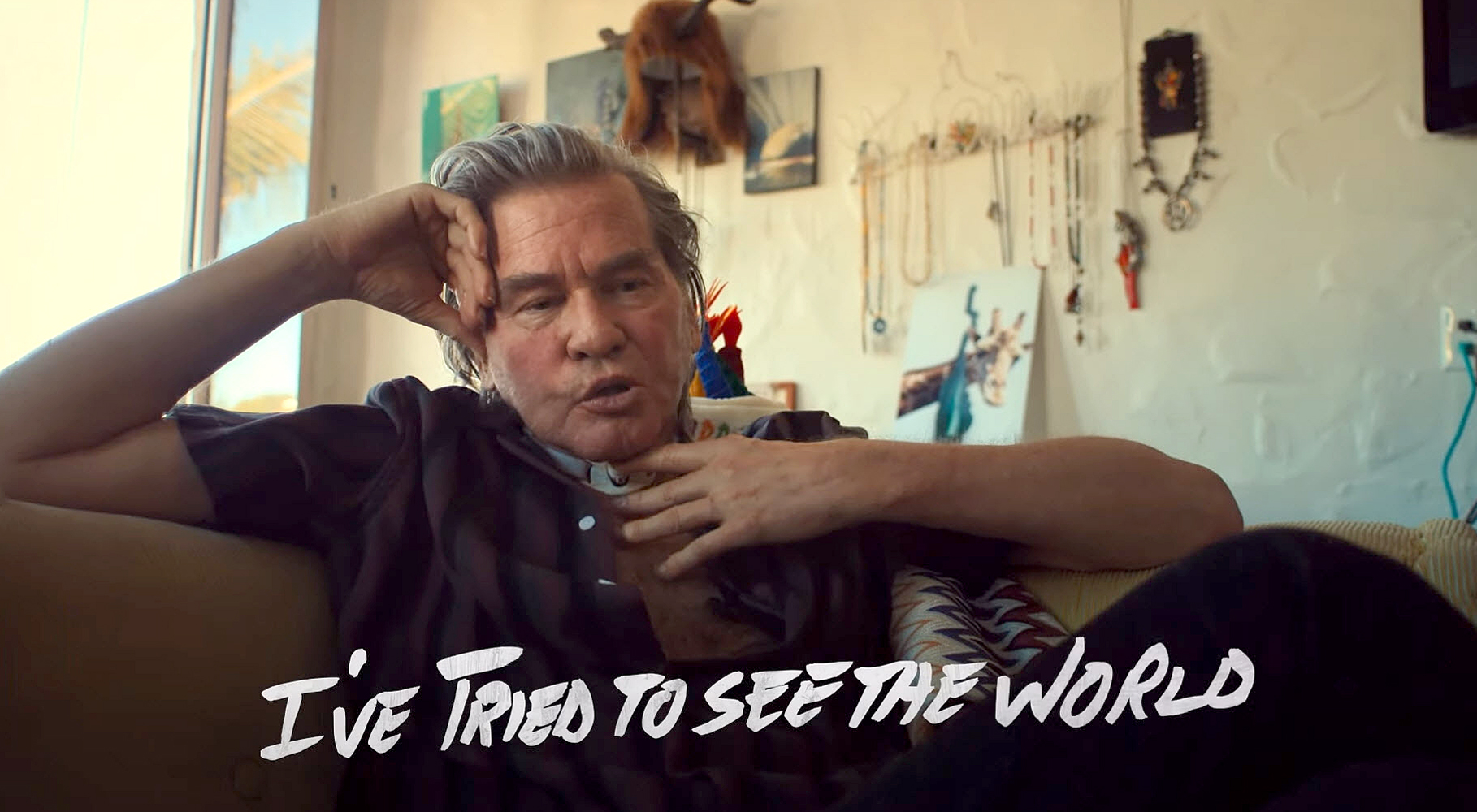 The Kiss Kiss Bang Bang actor touches upon his throat cancer recovery, explaining in the voiceover, “I was recently diagnosed with throat cancer. I’m still recovering, and it is difficult to talk and to be understood. But I want to tell my story more than ever.”

Kilmer notes that he’s spent “decades finding my voice through characters, through movies” as images of his life in the limelight flash across the screen. There are also scenes of him aging and with a voice box around his neck, following his health issues.

“I have behaved poorly. I have behaved bravely. Bizarrely to some,” he says in the teaser. “I see myself as a sensitive, intelligent human being but with a soul of a clown.”

He eventually tries to speak — post-cancer — and it’s clear it’s not easy to get words out anymore.

“I’ve tried to see the world as one piece of life,” he says, sitting in a room of his house. The trailer concludes with Kilmer saying, “It’s a story about my life that is also not my life.”

In celebration of the new film, which hits theaters later this month before streaming on Amazon Prime in August, Kilmer tweeted about the experience.

“It feels like yesterday and yet it has been a lifetime. As I write this, my documentary is getting ready to premiere at Festival De Cannes,” he wrote on Tuesday. “And as grateful as I am for being selected with this high honor, I look forward most to sharing my life’s story with all of you.”

The Cinema Twain star added: “As a lifelong filmmaker it thrills me to say the film will be in theaters July 23. And as a person who also enjoys getting cozy, I’m possibly more happy that it will be on @PrimeVideo Aug 6. Here’s to giving every day the opportunity to be the most beautiful of your life.” 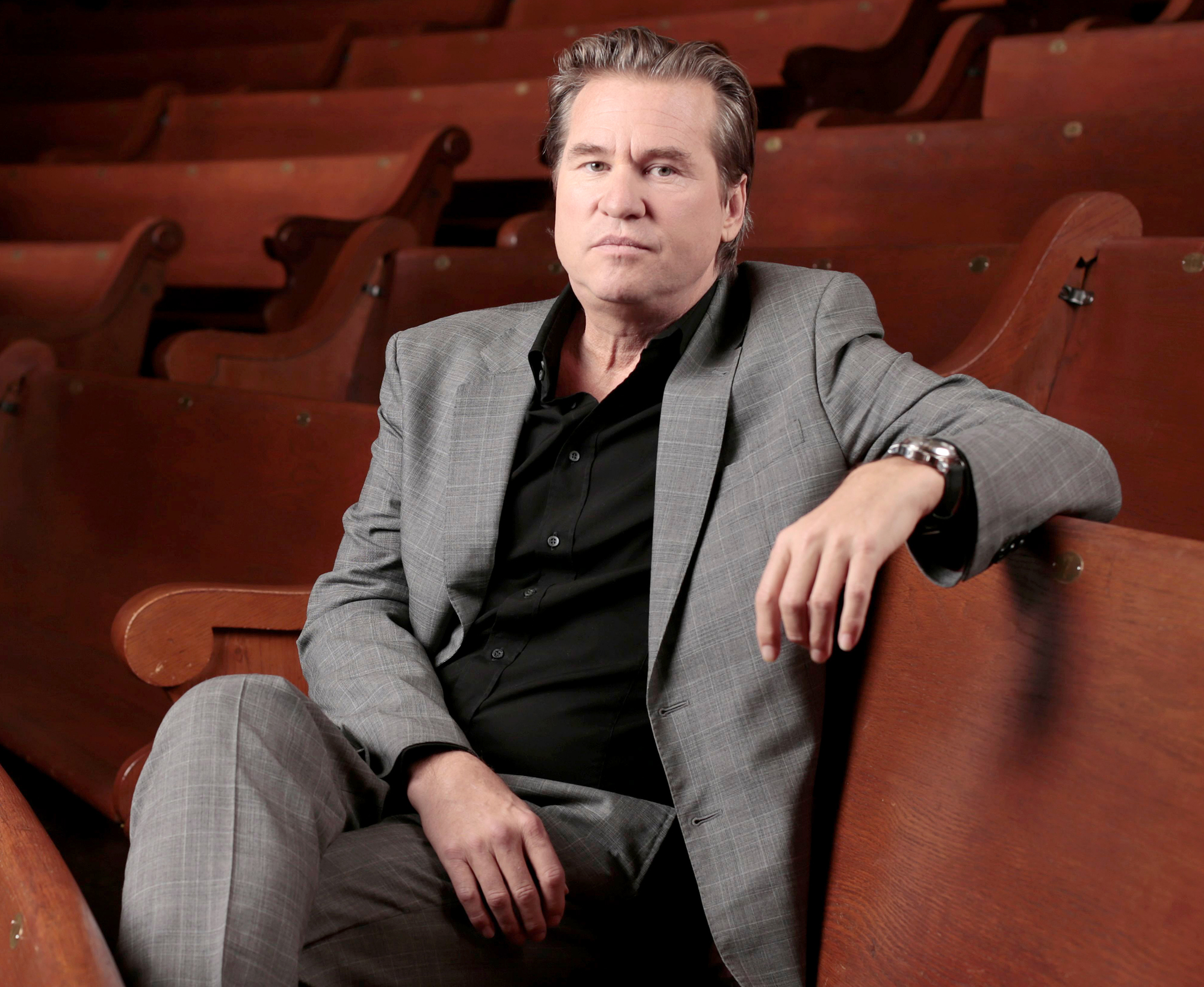 Ahead of making the documentary, Kilmer long denied he was suffering from throat cancer, shutting down Michael Douglas’ claims that he was ill in 2016.

“I love Michael Douglas but he is misinformed,” the Batman Forever actor wrote via Facebook in November 2016. “The last time I spoke to him was almost two years ago, when I asked him for a referral for a specialist to get a diagnosis for a lump in my throat, which prevented me from continuing a tour of my play CITIZEN TWAIN. I ended up using a team at UCLA and have no cancer whatsoever.”

The following year, Kilmer confirmed his diagnosis, saying during a Reddit AMA, “I did have a healing of cancer.”

After news broke in June 2018 that he was reprising his role as Iceman in the upcoming Top Gun: Maverick, his costar Tom Cruise commented on Kilmer’s ongoing health issues.

“He’s doing really well,” the Risky Business star, 59, told Extra in July 2018, noting it is “special” to be working with his longtime friend again.

Tony Hawks Denies He Called Into That Zoom Call with L.A. Police Commission