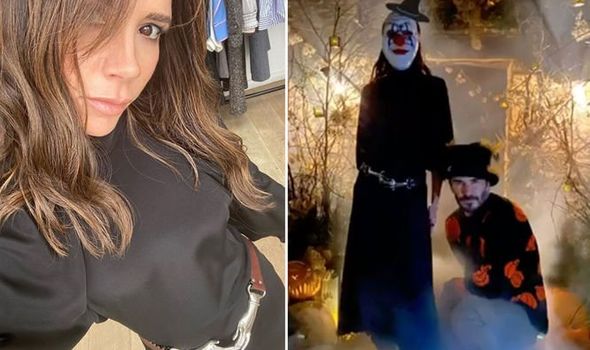 Fashion designer Victoria Beckham has given fans a fright with her latest Instagram offering, marking Halloween in a scary – but fashionable – costume. The 46-year-old donned a creepy clown mask as she posed alongside her husband David Beckham at what appeared to be the entrance to a haunted house.

The mum-of-four struck a pose in a dramatic long-sleeved black dress, from her own winter collection, with a striking silver belt made up of two hands holding onto each other.

Former footballer David, who crouched down beside his wife of 21 years, simply wore a halloween-inspired jumper with a pumpkin motif and a top hat. 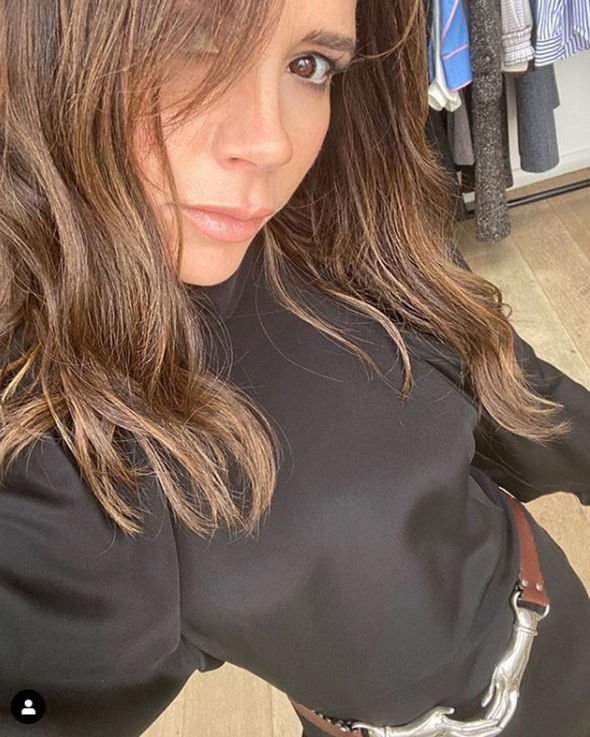 The scary scene was made all the more eerie by the introduction of a smoke machine and carved pumpkins in the background.

The former Spice Girl, who was named Victoria Adams before marrying her husband, captioned her post: “Check out Mrs Adams!!

“I love you @davidbeckham x Happy Halloween,” she added in view of her 28.7 million followers.

“Amazing!!! So so good,” one follower wrote in the comments section of Victoria’s post.

“How can you look cool and scary?! Brilliant,” another fan remarked, while a third added: “Spooky Spice.” 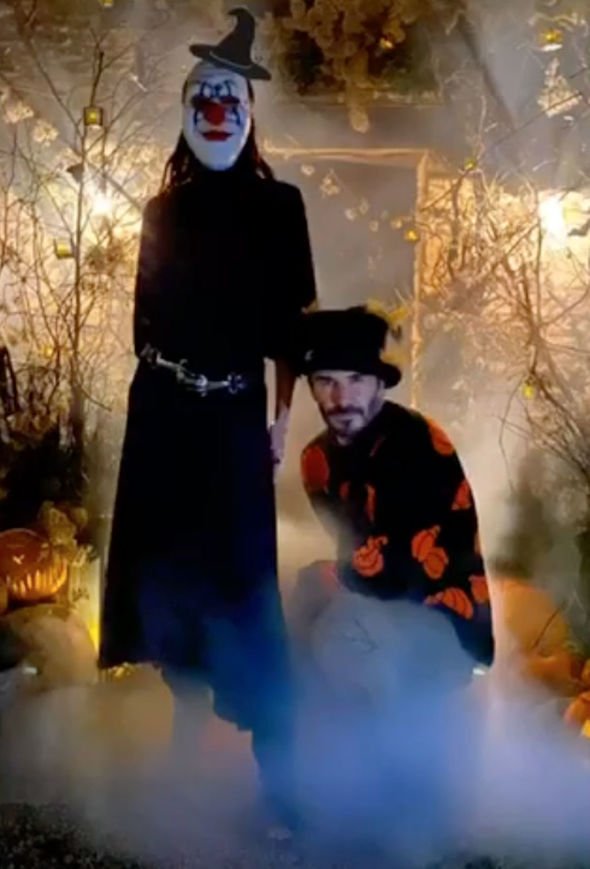 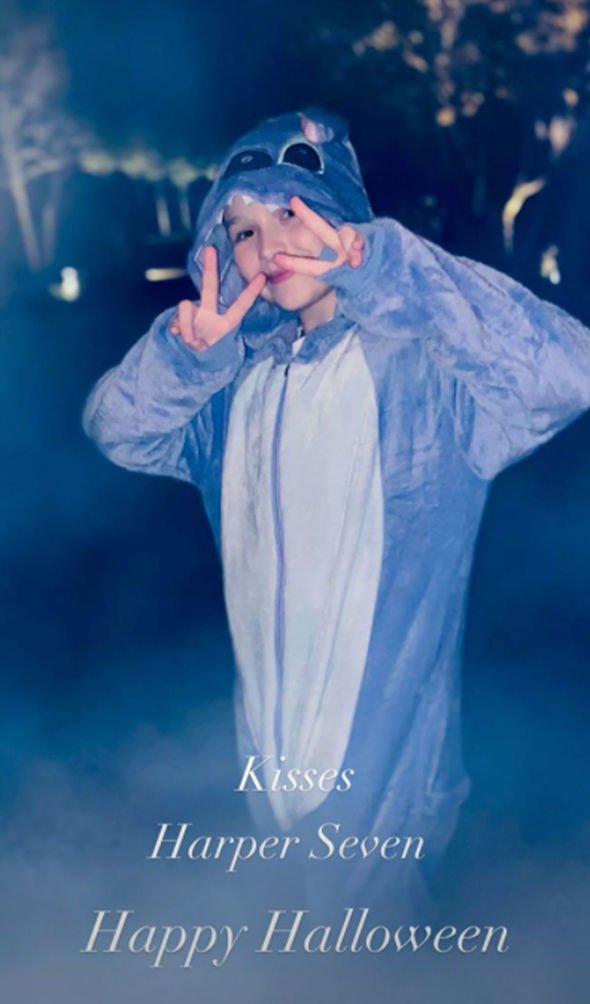 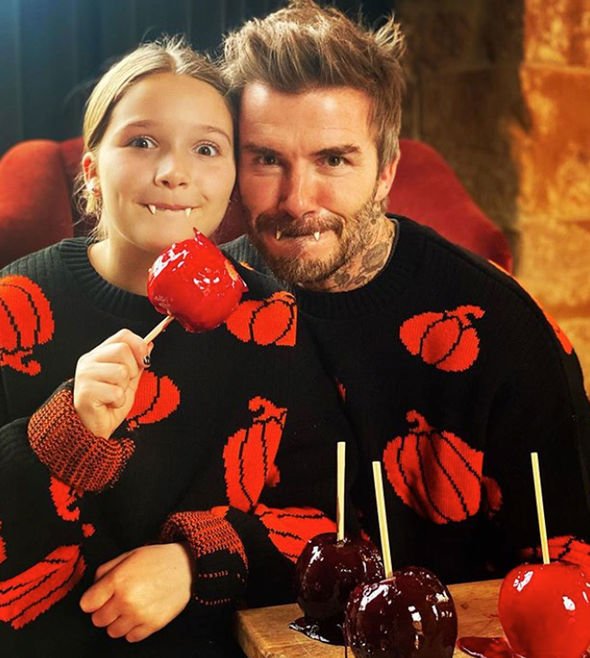 Other fans, however, thought David looked more like singer Jay Kay from 1990s group Jamiroquai than a scary halloween figure.

“Has Dave dressed up as Jamiroquai?” one follower commented.

Sharing a similar thought, another added: “David looks like JK from Jamiroquai.”

“I thought @davidbeckham was Jamiroquai,” a third exclaimed.

Victoria, who shares sons Brooklyn, 21, Romeo, 18, Cruz, 15, and daughter Harper, nine, with David, also posted a picture of their youngest child dressed up for the spooky holiday on her Instagram Story.