She turns 80 today and could be forgiven for taking it easy.

But Dame Vivienne Westwood is clearly still keen to stick to her environmentalist beliefs – as she showed by hitting the busy London streets on her bicycle on Tuesday. 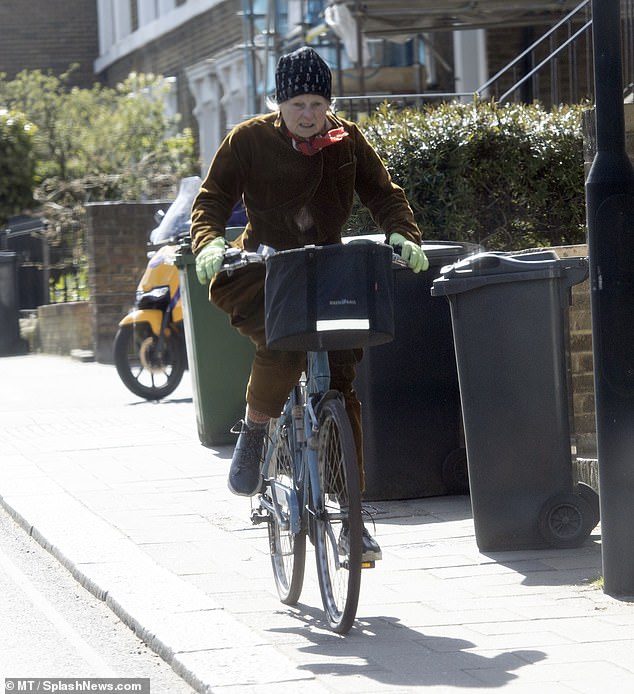 In the saddle: Dame Vivienne Westwood cutting a dash in London

Dame Vivienne made her name in the 1970s as the doyenne of punk chic. She and her partner Malcolm McLaren ran a boutique, SEX, in the King’s Road in Chelsea. Their provocative fashions, including ripped clothes and fetish wear, inspired outrageous punk bands including the Sex Pistols – managed and guided by McLaren.

He recruited singer Johnny Rotten and bassist Sid Vicious to ensure that the band continued to earn notoriety with their antics.

The couple split in 1980 and Dame Vivienne went on to become one of the world’s leading designers as well as a campaigner on climate change and human rights.

She will be played by Talulah Riley, 35, in Danny Boyle’s forthcoming TV series Pistol.