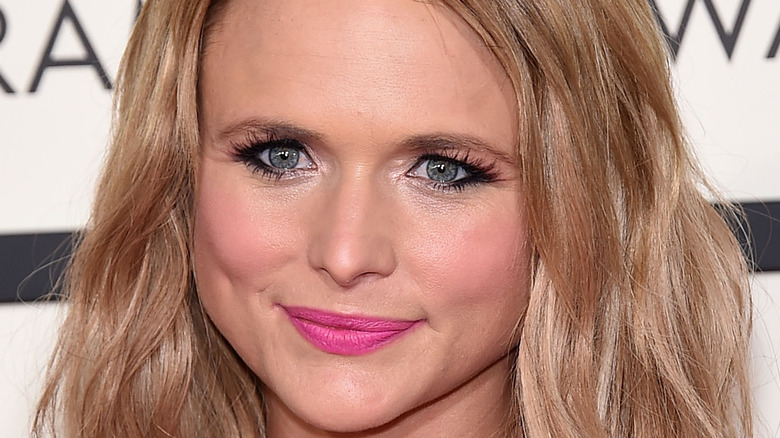 Miranda Lambert has been one of the biggest country stars of the 21st century, ever since she first rose to fame on USA Network’s “Nashville Star” back in 2003 as a 19 year old (via Country Living). In the years since, she’s won more Academy of Country Music Awards than anybody else in history (via Hits), reached number one in the album charts, and formed a band — the Pistol Annies — alongside her successful solo career (via The Guardian). It’s been almost two decades since we were first introduced to the now-37-year-old, and since then it feels like she’s barely taken a breather.

Born in Texas in 1983, Lambert has a younger brother, and her father played in a country-rock band in the 1970s (via Sounds Like Nashville). It all sounds pretty par-for-the-course for someone who would later become a wildly successful country star, but some aspects of Lambert’s childhood are altogether more surprising — here’s what you might not know about her early life.

Her family lived on their uncle's farm for a while 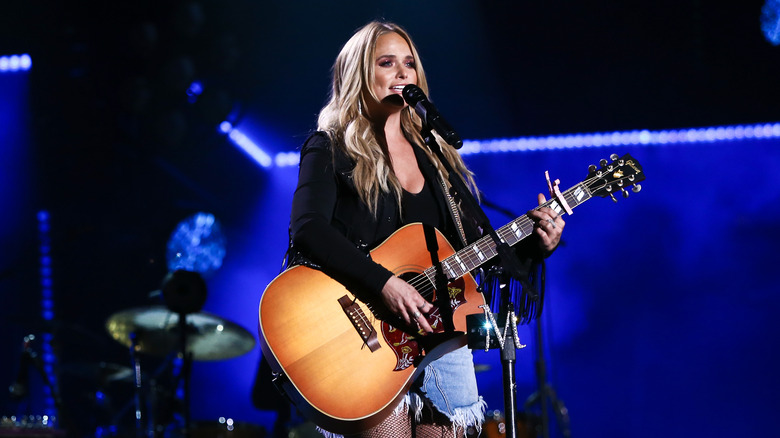 Per CBS, Miranda Lambert didn’t always have it easy growing up. Her parents struggled financially at one point, and it led to them living in a farmhouse on their uncle’s farm for a while — her hit “The House That Built Me” was inspired by the experience, so it definitely had an impact on the young Miranda. Of course, she’s come a long way since then too, with plenty of hard work being put in along the way.

Not only that, but her parents worked as private investigators for a while too, and even worked with Paula Jones and her legal team after she accused then-President Bill Clinton of sexual harassment. The aforementioned financial struggles would follow, however, resulting from the oil crisis (via Country Living), before the family’s financial situation began to improve again. Her parents opened a faith-based ministry for people and families who’d experienced domestic violence (via 102.7 Coyote Country), something that — along with their earlier financial struggles — influenced Lambert’s music (via The Guardian).

Kaia Gerber & Jacob Elordi Step Out Together in N.Y.C., Plus Emma Roberts, Kendall Jenner and More