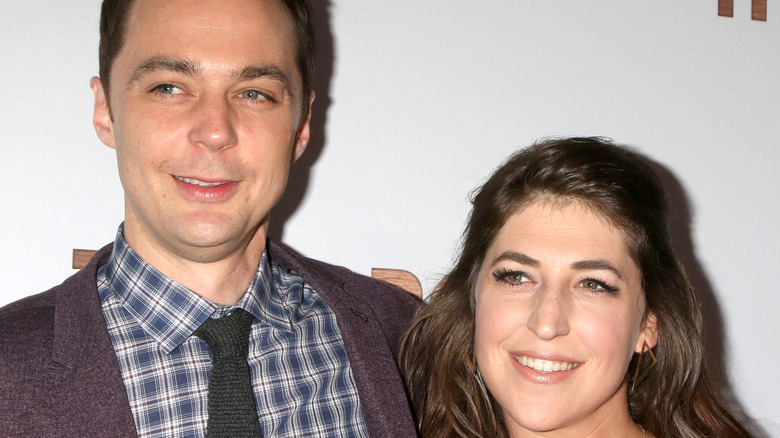 It was clear to fans that Amy and Sheldon were meant to be something other than just friends. The pair first met through a dating site and quickly established dating guidelines: No physical contact, including coitus (per Entertainment Weekly). Their relationship grew from strictly companions to a romantically involved couple (aka “Shamy”), as socially-awkward and blunt Amy pushed Sheldon out of his comfort zone. Specifically, Amy wanted a relationship that included kissing and eventually sex. By Season 10, Sheldon was down on one knee, and Amy finally said yes to his proposal in Season 11, according to Insider.

To commemorate Parsons’ birthday, Bialik posted a blooper reel paying tribute to Shamy to her Instagram.

Amy's wink is a break from her character 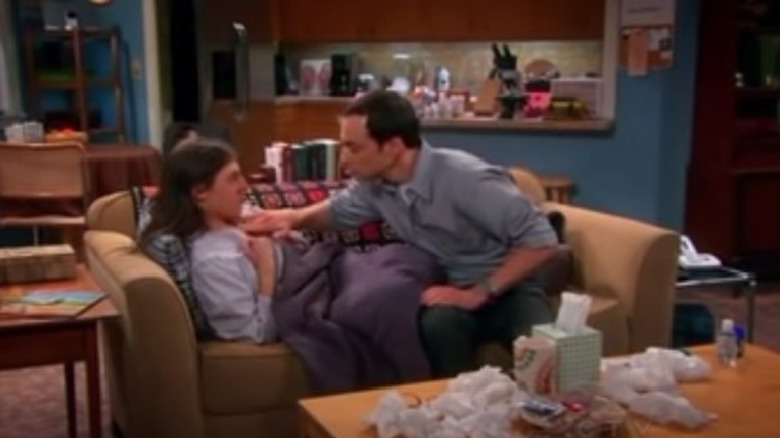 But it’s the mistake that happens at minute 2:05 that is the best time that Amy breaks character on the show. In the scene that takes place during Season 6, Episode 10, “The Fish Guts Displacement,” Amy ditches character and gives Sheldon a coy smile and flirtatious wink as he’s applying Vapo rub to her chest. As he’s rubbing the balm “all over” her chest, it’s obvious that Amy is very much enjoying the process, since she’s always ready for any physical intimacy from her boyfriend. But it’s the wink that is very out of character for Amy. If Sheldon wouldn’t have smiled in response to Amy’s wink, which is unusual for the unaffectionate theoretical physicist, the scene may have made the cut, since there have been times when Amy does something a tad out of character. Remember her excitement over a tiara?

Watching the dry-humored Amy break character with the brilliant but difficult Sheldon reminds us just how much we love (or love to hate) Shamy.

Why T.I. Says His Mother Was Not Initially a Fan Of His Wife, Tiny

8 Marvel Movies That You’ll Never Get to See